Don’t Be Surprised If They Fabricate a Golden Showers Tape

RUSH: No, I’ll tell you why I think they’re gonna find a pee tape, because I think this is where this kind of stuff heads. They’re desperate. Nothing — they’ve got no evidence for anything. And now they’ve got a guy who worked at the USA pageant who said, “You know what? Wait a minute. I do remember Trump spent the night in Moscow.” 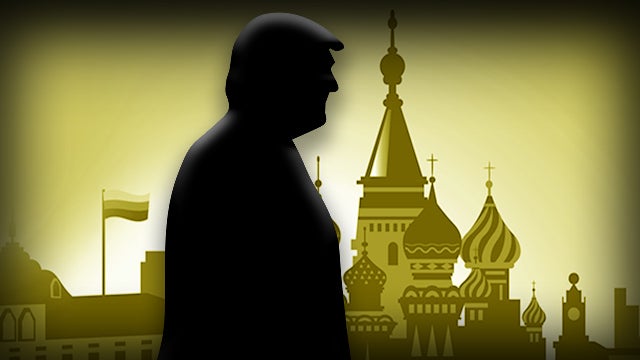 Trump has previously said he didn’t have enough time in Moscow to spend an overnight. Some guy from a pageant, “Wait a minute, wait a minute,” out of the blue, first time we’ve heard, “I think, yeah, Trump did spend the night.” That opens the door. If he spent the night, he had to be where? A hotel room. What’s the allegation? That he hired some prostitutes to come and pee on the bed that Obama and Michelle had slept in.

Don’t be surprised if they come up with what they claim is a tape of it. How easy would it be to say that somebody in the GRU, the modern incarnation of the KGB, leaked it? None of this rest of this is true. None of the rest of this is legitimate. On a TV show coming up on Sunday night on CBS, only on their streaming network, CBS All Access, they’re actually gonna have a couple of prostitutes who peed on the bed show up at this fictional law firm and hire these lawyers to represent them. They’re gonna present on a TV show that it happened and that Trump is out trying to silence these women and they need lawyers to help ’em out.

Hollywood, movies, books, TV, they’re all-in on this hatred. They’re all part of the group that cannot deal with this. Look at what they’re destroying. Look at what they are corrupting. The law! The law now applies to some, but not others. James Comey should have already been indicted, for crying out loud. James Comey broke the law in his July 5th press conference. He assumed the role of attorney general. As the FBI director, it’s not his call who gets prosecuted and who doesn’t. Yet he made it his call. That’s not legal! Not to mention proper. Nor is this book in the midst of a so-called investigation.

And now even Drive-By lawyers are saying, “Man, Comey could well be indicted.” No. That’s the point. Comey isn’t gonna be indicted. Niether is Hillary! This is my exact point! The legal system is not going after the people who actually have broken law and we know that they did. They’re not going after Hillary Clinton. The people that lied to a FISA judge, we think maybe the FISA judge was in on it. We don’t know. Whatever, they’re not being pursued! The law is not applying equally here. That is a huge deal, folks.

The rule of law is the glue, the honor system, the acceptance of the moral code, the legal code of the country. If it’s only gonna apply to certain people and people who are in positions of great power are allowed to break the law with impunity, only a matter of time. And that is what is happening. And it is being sanctioned as, “Well, this is what’s necessary to get rid of Trump.”

They’re telling themselves these drastic steps are needed because we have to get rid of Trump because Trump is just so, what, unacceptable. Wait a minute. Trump won the election. Well, no. See, that doesn’t even count for anything anymore. When genuine election winners are automatically illegitimate because they won, then where are we headed, folks?