Millennials and Boomers at War Over Government Money

Axios has a story on their website that says Millennials are blaming Baby Boomers for ruining their lives. Let me read. “Beset by big college loans, inheriting two wars, and facing an uncertain future of work, a majority of millennials say baby boomers have made things worse for them — and a lot of boomers agree, according to a new Axios/SurveyMonkey poll.

“Why it matters: If it persists, the generational divide could turn into political rivalry as the generations compete for limited tax dollars — millennials seeking government help as automation takes hold, and boomers insisting on promised levels of Social Security and Medicare. The poll found that 51% of millennials (18- to 34-year-olds) blame boomers (51- to 69-year-olds) for making things worse for their generation.”

Now, I’m not sure, but I don’t know if it’s unique or not. I don’t remember a poll of 18- to 34-year-olds who thought their future was doomed and that their parents were responsible for it. Do you? It could be, though. I mean, the number of polls taken out there over the years, and I just don’t remember one this prominent nor this take. Notice that the take — notice, ideas this matter? Competition for government welfare dollars. Competition for entitlement dollars! What the hell!

Okay. If you don’t think the government’s gonna have enough money, have you ever thought of working, anybody? W-o-r-k. The way it works is, it’s called a job. You go out there, you do something and do it really well and people pay you for it. And then if you have something that only you can do, you open your own business, and you get income in that way, and hopefully it grows. And the harder you work — there’s that word again, w-o-r-k — theoretically the more money you need.

And the more money you earn, the less money from other people you’re gonna be entitled to or need. You probably won’t stop transporting, and you probably won’t stop thinking you deserve it, but why would you turn over your needs to other people? Anybody ever heard of self-reliance? That means relying on yourself. This stuns me! The reason the Boomers and the Millennials are gonna be at war is a competition for essentially entitlement dollars?

Now, there’s one area with the Millennials I totally agree with ’em. Well, debt, yeah, but college loan debt. I think that the establishment, the elites, the ruling elites, the people who think they’ve got all the answers have destroyed — well, destroyed is a strong word — they have done great damage to the whole notion of a college education. It’s insidious. The first thing they’ve done, and it’s as old as the country is. “Gotta get an education, little Johnny. Gotta get an education. You’re not going anywhere, little Johnny, unless you get an education.” 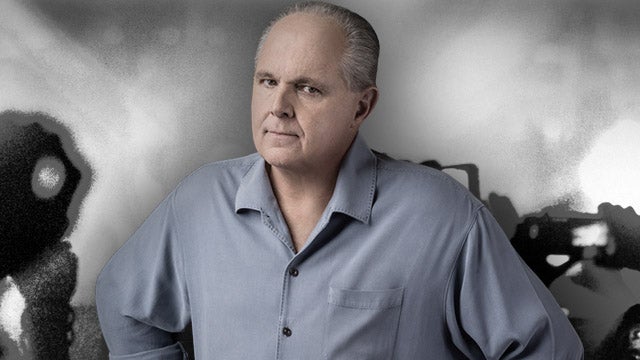 And of course people involved in the college system, “Come on, little Johnny, and little Mary and everybody else, and pay whatever we charge you.” Then the colleges became basically indoctrination camps. And so they became even more important to the ruling elite, how to turn out an ongoing, never ending generation after generation of mind-numbed liberals? College.

And then people said, “Gosh, we can get rich doing this. A, we’ve got everybody convinced they have to go, and since they have to go, they’re gonna go, and no matter it cost.” And then they come up with the scholarship and the benefits, and then the student loan program. And now, little Johnny has gotta go to college. If he doesn’t go to college, he doesn’t have a chance, he’s not gonna know anything, he’s not gonna get a job, he’s not even gonna know what entitlement dollars are, but it’s gonna cost little Johnny anywhere from 40 to $200,000.

So when little Johnny gets out of college, he’s working for the lending institution for how many years before he even gets to appreciate any of the income generated by his degree? I’m serious. I think these people running the student loan program and all this turned this thing into an albatross around graduates’ necks. What they have done to the whole notion of a college education is obscene to me.

And you’ll notice nobody ever cuts tuition. We’ll beat up on the oil companies all day for gas prices, and we’ll beat up on cable companies all day for how much it costs to get cable TV, and we’ll beat up on this company and that industry and all that. But somehow pseudo and faux intellectuals at liberal institutions of higher learning, nobody ever claims they’re ripping anybody off. Nobody ever claims they’re charging too much. Sixty grand a semester at Harvard plus room and board, pay it. It’s worth it. Is it? Who can afford this without taking out a loan? Very few people.

People that are given scholarships to go to universities probably don’t even end up going to class half the time. ‘Cause they’re not there to go to class. But look at how seriously, look how much it costs, look at the debt that people now have graduating. I’m not for debt forgiveness of student loans. But that’s what’s gonna happen. It’s been alluded to. Hillary was talking about it during her campaign. I thought Obama would actually do it. I actually thought forgiveness of student loans would happen with Obama.

“What are they gonna do?”

Crazy Bernie is promising full employment.  The only problem is that Trump has, for all intents and purposes, already done it!  We are at statistically full employment now!  Unemployment in the African-American and Hispanic communities is at an all-time low.  There are more African-Americans working, more Latinos, more Hispanics working on a percentage basis than any time in American history.  The unemployment rate’s barely over 4%.

New jobs are being created regularly.  It’s sustaining itself as the economy rebounds.  I find it fascinating.  In the midst of all this, Crazy Bernie comes along as though nobody can find a job and promises everybody a job.  Okay.  You know who ought to be standing in opposition to this right now is — well, aside from everybody — people that run universities.  Because if Crazy Bernie’s idea ever happened, nobody’s gonna need an education to get a job.

All you’re gonna need is Crazy Bernie.  They want to turn Santa Claus into 365 days a year, not one.  And you know what’s really sad?  The legitimate arguments against this will go over a lot of people’s heads.  It will not resonate.  The market-driven, the personal-value, the work-reward arguments — all of the arguments against this that make pure, intellectual, economic sense — will go over the heads of people.

They’ll be seen as mean-spirited racism or bigotry or cold-hearted attitudes toward the poor or what have you.  I gotta take a break here.  But Millennials, Baby Boomers, and a coming war over a limited number of entitlement dollars.  You want to bet there’s a limited…? We’re $21 trillion in debt.  It’s been demonstrated here that there is no interest whatsoever in even making the pretense of containing spending.