RUSH: Take a look at Apple. I read the tech blogs. This news made it beyond the tech blogs. This news was all in the mainstream. The iPhone was a flop, that Apple had really misjudged, that this was gonna be a dismal quarter. I mean, there were stories saying the iPhone was a flop, that sales are way down. And it’s every year the tech media does this, and every year they’re wrong at this time of year. When they report, when they are reporting up to when Apple reports its fiscal second quarter results, every year for 15 years they’ve gotten this wrong. 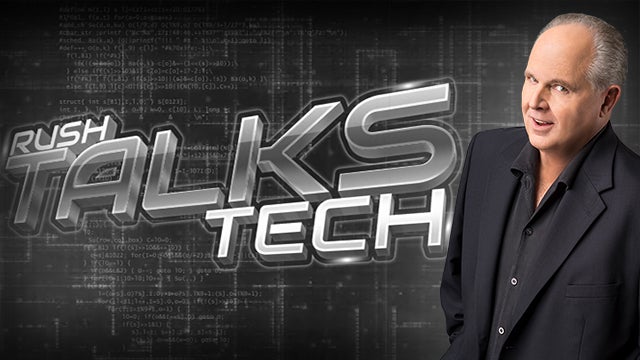 And they got it wrong again. And there’s a couple stories I want to share with you about the mea culpas, why they got it wrong. No matter where you go in the media, we are finding abject stupidity or ignorance combined with incompetence. And it matters. It matters greatly. I don’t know what kind of people journalism schools are turning out, but they’re not turning out people able to think. They’re turning out cookie cutter, groupthink people who have a definition of journalism that is so far away from what it really is, it’s just astounding.

And it’s equivalent to the mainstream media, the Drive-By Media being wrong every day about most of the stuff they report on, particularly when you get to the Trump dossier, the Steele dossier and all of that.

And I am not exaggerating when I tell you. I’ve been reading tech media intensely for five years and in each of these five years… Apple has a business year like everybody else, and their first quarter, fiscal first quarter is the fourth quarter, according to the calendar. So October-November-December is Apple’s first fiscal quarter. Of course that’s the holiday quarter, and that’s where the bulk of Apple’s sales take place every year. It’s established; it’s known. 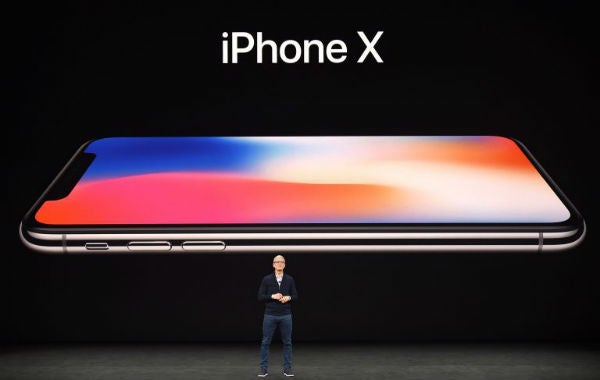 The second quarter for Apple is January through March. The third quarter is April through June. And like clockwork… I’m not kidding. Like clockwork, beginning in January, tech media starts writing stories from the supply chain saying, “Apple is having trouble selling iPhones after the Christmas quarter,” that nobody’s interested, that the people that make the displays. People that make the chips, they’re inventoried. They’re way too many. Nobody’s buying iPhones like they were in the fourth quarter; it portends big trouble for Apple.

The stock price goes down. I’m talking about 20 different media sources here. With the iPhone X it got worse than ever. Since January and really intensely in February and March and in the first half of April, it was routine to read the iPhone X was a flop, that Apple had cut production down to the point they were only going to sell seven million iPhone Xs in the January-February-March quarter. Then they had sources from the usual sources, supply chain sources saying, “Yeah, we’ve had to cut back on manufacturing of arts because Apple’s not ordering.”

Every year it happens! Every year. And every year the stock price plummets. As part of this sourcing, they go talk to Wall Street analysts who are predicting the end for Apple. Every year! It’s longer than the last five years. It’s the last 10. It’s the last 15. Starting in January — really intensely February through April — it’s the end of Apple. The latest iPhone is a bomb. Nobody wants it. In the case of the iPhone X, everybody hated the notch and it was too expensive. “Apple miscalculated. People are not gonna spend $1000 for an iPhone!”

But they did, and they have been — and iPhone 8 Plus is $995. iPhone 7 Plus was $995. Apple sold a ton of them. Folks, it is abject lying, knowing falsity. And it’s coordinated between tech media and Apple competitors who are sourcing things supposedly from the supply chain and from Wall Street investment bank analysts who tell the media that they’re advising their clients that they’ve lowered Apple’s projected stock price because the iPhone X is a flop, that Apple has so many of ’em in stock. Now, you might say, “Why doesn’t Apple combat this?”

Thirty days before a company reports quarterly earnings, they’re not allowed to say anything in public. It’s an SEC law or rule. So whatever is in the media — Apple reported yesterday — 30 days prior, Apple can’t say a word. Nobody can. No business can. Now, here’s a report from yesterday from one of the guilty. Bloomberg News is one of the worst contributors here and a reporter there, a guy by the name of Mark Gurman. This is after Apple reported record-breaking iPhone sales again in the first quarter with record revenue and a record average selling price.

Every bit of news Apple reported yesterday was up and near record numbers in terms of total revenue and profit and iPhone sales. So one of these outfits that’s been predicting doom — the iPhone was a flop, it’s not gonna amount to anything, Apple may have to redesign it, people don’t want it — writes, “Apple shares rose 3% in extended trading, after closing at $169.10 in New York on Tuesday. The stock had fallen in recent weeks on concern about demand for the flagship iPhone X. Apple suppliers also climbed following the results.” 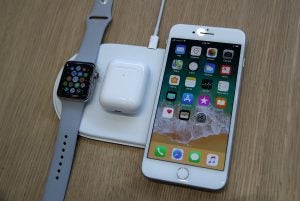 This guy, Mark “Gurman specifically crafted a story about slower Display Panel segment growth at Samsung…” Samsung makes the OLED screen for the iPhone X, and Samsung reported in their quarterly earnings that they had not sold as many OLED panels as they had expected and the media said, “See? It’s the iPhone X! Nobody’s buying the iPhone X.” Well, that’s not what Samsung said. Samsung said that the high-end segment of their OLED panel business was healthy as ever. That’s the iPhone segment.

It was Samsung’s own displays for their phones that didn’t sell! It was the Samsung Galaxy S9, Note S9. They didn’t sell in volume expected; the iPhone X did. “To arrive at that conclusion” that Samsung had reported news that looked bad for the iPhone, Bloomberg “had to avoid mentioning that Samsung itself stated both its OLED and conventional LED panel businesses had been impacted by slow demand and difficult competition, and that the company also noted that ‘demand for flexible panels remains strong in the high-end segment…'”

They totally ignored this.

They just made up what Samsung was saying and applied it to Apple, when it wasn’t. And just like the Drive-By Media thinks what they think is exactly what the American people think, these tech people thought that the iPhone X was too expensive, so everybody thought that and wasn’t buying it. The pundits didn’t like the notch in the iPhone X. So they reported that nobody liked the notch in the iPhone X — and then they didn’t like Face ID.

They liked Touch ID but they didn’t like Face ID at all and they thought everybody hated it. It turns out these three features are among the most popular of the iPhone X, despite the media reporting that nobody likes ’em. So you just have to ignore everything you read about the iPhone, whatever. The iPhone X or what the new one’s gonna be in September, because make book on it. 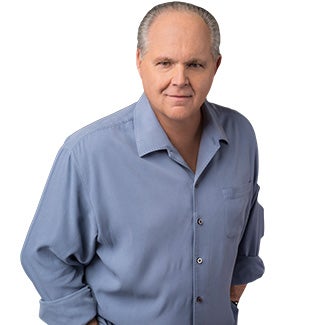 Every January the media — in concert with Wall Street analysts and supply chain people — are gonna start talking down the success of the latest phone. It’s not what everybody thought it was gonna be, Apple’s in trouble, this may be the end of the iPhone run for ’em. And it’s an object lesson in how media is literally lazy, dishonest, and biased. And the parallels between the way they treat Apple here and the way they treat Trump or the way they treat conservatives are so close that it’s eerie.

RUSH: I checked the email during the break. Look, I’m not defending Apple. Apple’s big boys, can defend themselves. That’s not the point, folks. I’m talking about the media and what is predictable, what is dishonest. The media reporting on Apple since January has driven the stock price down 6%, so the way to look at this is the right time to buy Apple stock is when you see in the media Apple being ripped as having blown it.

An iPhone underselling that nobody wants. That’s your cue to stand by, the price of the stock is declining, buy it where you think the low is, and you’ll end up making a lot of money. And maybe whoever’s behind this, that could be the purpose, drive the price down to make it more affordable to buy some, knowing the next time Apple reports the stock’s gonna come back up because the media is gonna have been demonstrated again to have been dead wrong about it all.