All Drive-By Media Is the Weather Channel: Stormy 24/7

RUSH: So here we go to the Green Bay. Green Bay, Wisconsin. Rachel, great to have you with us. How are you doing?

CALLER: Good. How are you, Rush? 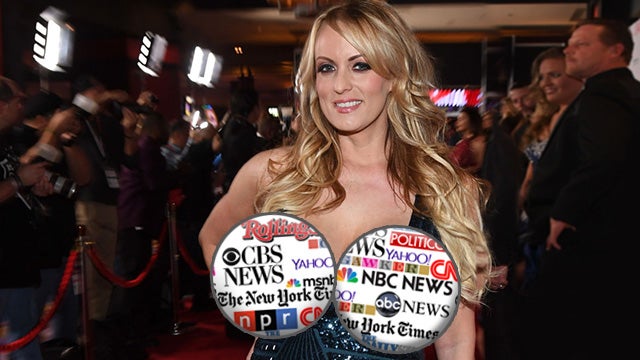 CALLER: So I don’t understand why people are so shocked that the president is paying the $130,000 back to his lawyer for services rendered. I mean, how do you not understand paying your bills?

RUSH: Uh, well, now, on this one… On this one, the attempt is being made to suggest that Donald Trump made an illegal campaign contribution here, and for this crime, Rachel, there is a five-years-in-jail sentence. It is a major felony in federal election law. Now, wait a second. Barack Obama was found to have committed election fraud 20 times this amount by soliciting anonymous donations from people of $250 or less.

They looked into it and they said, “You know, he’s our first African-American president. We can’t… We can’t charge him with anything.” So they looked the other way. Dinesh D’Souza. Dinesh D’Souza was found to have played loose with some kind of federal campaign law involving $20,000, and he had a year’s worth of home arrest, home detention, something like that. So it’s purely arbitrary as to how these things are applied.

This investigation is taking place under the auspices of the Federal Election Commission when it gets there. Right now, this is an SDNY investigation of Michael Cohen, the lawyer, and it’s $130,000, and all of this is about an attempt to make it look like Trump knew exactly what was going on, that he was helping his lawyer pay off somebody who could damage his campaign. And this exceeds donor limits. The maximum limit is 3200 bucks. This is 130,000.

Do not doubt me when I tell you that the prison sentence aspect, max prison time for this felony is five years, and if you don’t think that the Drive-By Media is pushing for this, then you don’t know the Drive-By Media. Now, today the president met with the press twice. He’s flown to the NRA convention, so he met with the press on the White House lawn and again at the tarmac at Joint Base Andrews.

THE PRESIDENT: Rudy’s a great guy, but he just started a day ago. But he really has his heart into it. He’s working hard. He’s learning the subject matter, and he’s gonna be issuing a statement, too. But he is a great guy. Rudy knows it’s a witch hunt. He started yesterday. He’ll get his facts straight. We’re gonna give a full list — and people know. And virtually everything said has been said incorrectly and has been said wrong or it’s been covered wrong by the press. Just like NBC and ABC yesterday covered the story wrong. It’s actually very simple. It’s actually very simple. But there has been a lot of misinformation, really, people wanting to say — and I say, “You know what? Learn before you speak. It’s a little easier.”

“He’s had just one day on the job. He’s a great guy. Come on, you think Rudy would throw me under the bus? You’re crazy. Look at NBC, ABC! They liiiiied! They lied! They know they lied. You gotta tell the truth. Rudy is trying. Rudy will get it right. Next question,” and that means next call. Next call. Jennifer, Jacksonville, Florida. Great to have you with us. How are you doing today?

RUSH: Same to you. Thank you.

CALLER: My question is this: If Stormy Daniels did indeed receive and was paid the $130,000 of “hush money,” clearly she has not upheld the part of the agreement. Could Trump countersue her and get that money back?

RUSH: I think that that’s what’s gone on here. Hasn’t there been an attempt made to punish her for violating the NDA, threats of countersuits or some such thing? (interruption) Yeah.

CALLER: Oh, I’m sorry. I did not know that. I apologize. I think he should give it to the RNC when he gets it.

RUSH: Yeah. Let me ask you a question about this.

RUSH: Do you care?

CALLER: About what part?

RUSH: Any of it! Do you care that Trump and Stormy might have met once on a stormy night ten years ago?

RUSH: Do you care…? Do you care that the lawyer wanted to pay stormy $130,000 to keep her oral cavity shut? 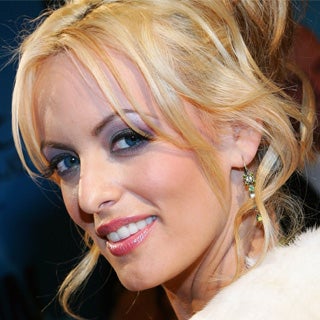 RUSH: None of this bothers you?

CALLER: Other than, it’s a distraction —

RUSH: (interruption) No, I said “oral cavity.” Trump did not ask her to keep other cavities shut, just the oral cavity. This was not punitive. He just wanted to keep her mouth shut.

CALLER: And she couldn’t do it.

RUSH: My point is, does it bother…? The media is acting like this may be one of the greatest criminal violations in the history of the presidency.

CALLER: It’s terrible in that it’s distracting our president from so much more important things — and after that, it really doesn’t matter.

RUSH: Okay. Look. The reason I’m asking this — and we’re not producing anything scientific here. I can’t talk to enough people. My point is, the media oversells every one of these new discoveries they glom onto because every one of these new discoveries is the silver bullet, right? “This is it; this is the smoking gun,” and how many of these have there been in the last two years?

So they get revved up and they get wound up. CNN may have already offered more coverage on this than the missing Malaysia airliner. But if their viewers don’t care, if the American people don’t care, if they don’t even care enough to get into it deeply enough to learn the specifics of what happened, if all they see is what looks like an unfair pursuit of somebody that’s not harming them — Trump is not hurting anybody — it’s gonna backfire.

RUSH: Rudy is now saying that the references were not his understanding of Trump’s knowledge, not Trump’s but rather his own. He was not speaking for Trump when he was doing the interviews on Fox on Wednesday night and Thursday. But here’s the most important point that Rudy just made. Remember, ’cause everybody’s looking at this as a campaign finance violation. 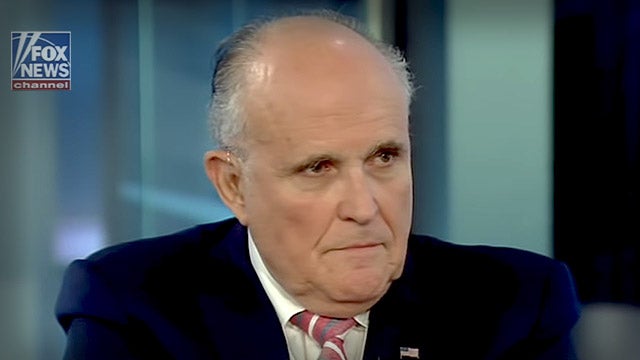 Rudy said that this $130,000 payment would have been made whether Trump was a candidate or not, which is important because that signifies that this was personal. And the way federal election law is structured, if a payment is made or if a donation is received, if there can be any personal explanation for it, then that is what triumphs or dominates.

And so Rudy’s saying, “Look, this payment to Cohen, it would have been made whether Trump was a candidate or not. There was an NDA out there, and Cohen had paid for it, he needed to be reimbursed.” Rudy says he pays this guy a retainer, he pays this guy his monthly bills and how Cohen uses the money sometimes Trump is not gonna be advised of every expenditure.

But the point is that Rudy’s statement, this payment would have been made whether Trump was a candidate or not is really all that needs to be said about this. Now, this is not gonna shut any of this down. Believe me, the Drive-Bys, for whatever a number of times this has happened think they’ve got blood in the water here. And they’re not gonna give it up. And in the process, they’re gonna overplay it, they’re gonna overdo it, they’re gonna wear people out on it, which is already starting to happen.

Hey, look, this is 2018. More people are familiar with paying off prostitutes than you would think. Certainly more people than back in 1980 or 2000. Come on, let’s get real here. We’re not dealing in a Victorian age. It’s not Ozzie and Harriet out there anymore. People go to strip clubs all the time, bada bing, seen that, people go to all these kinds of things.

Let’s face it. Our culture is not what it once was, folks. We’re not a bunch of pristine Victorians out there who need the vapors every time we hear people have had sex. It doesn’t work that way anymore. But the Drive-Bys are trying to turn back the clock and act like, “Oh, this is so outrageous. It’s so offensive.” These are the people trying to tell us that with Bill Clinton it didn’t matter.