Democrats Way Out of Touch on Waterboarding

RUSH: This is another great example of something that I say frequently. You know, Gina Haspel being grilled today. She’s undergoing confirmation hearings to be the director of the CIA, and the only thing the Democrats want to talk to her about is torture. “Can you promise that you’re not gonna reenable torture? If the president ordered you to torture anybody, would you do it? If the president demanded blind loyalty from you for torture, would you do it? 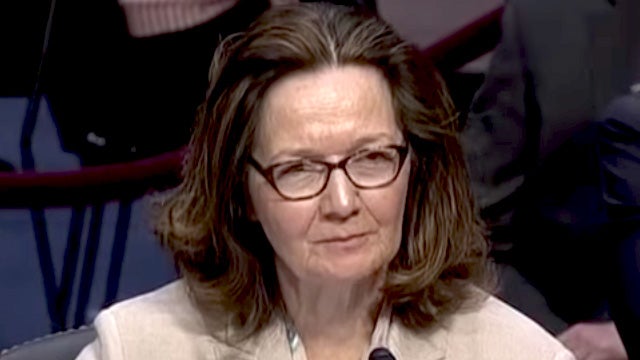 “Do you believe in torture? Do you think Khalid Sheikh Mohammed should have been tortured?” Every question is about torture, and it’s classic. The Democrats and the media are making the same mistake. They’re thinking, “We hate torture when Bush did it. We hate torture when the Republicans did it, and therefore everybody hates torture,” and so they think that they are discrediting this nominee by portraying her as a torturer.

When in fact, when we’re talking about Al-Qaeda and when we’re talking about a bunch of scum that want to wipe out 3,000 Americans at a time, the American people are really not that overwrought about how we might found out what their plans are from ’em. The idea that the American people are gonna reject somebody at the CIA because they might believe in enhanced interrogation is another area where these people in the media and the Democrat Party are so disconnected that it is incredible to watch this.

And they think they’re scoring points against her! They think that they are really scoring, because they make the mistake of assuming everything they believe is what a majority of the Americans believe. So they’re up there questioning her as though she is an admitted torturer, that she believes in torture, that she likes it, and that she can’t wait to keep doing it. And it’s not dissuading the American people. In fact, you know, Mike, I’m gonna change what I had intended here — the order of things — since I brought this up. Let’s do 21, 22, 23 here. This is some of the hearing from Gina Haspel today.

HASPEL: In light of my counterterrorism experience, I understand that what many people want to know about are my views on CIA’s former detention and interrogation program. I have views on this issue, and I want to be clear. Having served in that tumultuous time, I can offer you my personal commitment — clearly and without reservation — that under my leadership, on my watch, CIA will not restart a detention and interrogation program.

RUSH: Right. We’re just gonna continue the ones we have. What do you think…? (laughing) We’re not gonna restart our program. We haven’t really ended it, senator! But you don’t know that. We work in secret! We’re not gonna tell you what we’re doing and where we’re doing it. Those days are over. Obama’s CIA might have vomited everything, but we’re not gonna do this, Senator. So whatever it takes. The next is a question from Mark Warner, Democrat from Virginia, asking about her morals.

WARNER: Is this president asked you to do something that you find morally objectionable, even if there is an OLC opinion, what will you do? Will you carry that out, that order or not? We’re entrusting you in a very different position if you’re confirmed. I just need to know what you —

HASPEL: Senator, my moral compass is strong. I would not allow the CIA to undertake activities that I thought immoral. Even if it was technically legal, I would absolutely not permit it.

RUSH: I’m sorry, folks. I can’t keep a straight face with this. What are we talking about here? This is the CIA. When it’s run properly, this is to defend and protect the people of the United States, and she’s getting questions here on morality. And they don’t really mean it. This is their way of attacking Donald Trump. What they think they’re doing is succeeding in smearing Trump with these. “If the president… If the president told you to do something that you find morally objectionable, would you do it or would you not?”

So they’re trying to get her to answer in such a way that she agrees that Trump is an immoral prig and that she wants no part of Trump. This is what they’re trying to do. To the extent that the American people will see this, the Democrats are gonna be hated and despised even more. This is akin to going after the NRA. This is what they do not get. Let’s see what we have… Oh, this next is priceless.

Dianne Feinstein — who I’m convinced doesn’t know what she’s saying anymore; it has to be written for her. And I really mean this. I know it sounds disrespectful, but I don’t mean it to. I think her staff puts the questions in front of her and she recites them. Well, I know this is, ’cause she reads them, and the staff screwed up big time today. They had her out there saying things that weren’t true, quoting the nominee on things she had never said.

This is how it went down… 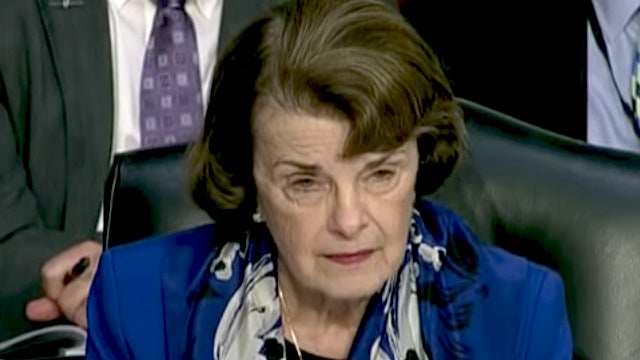 FEINSTEIN: In his memoir, former CIA consul general John Rizzo described how in 2005, Jose Rodriguez was promoted to be deputy CIA director for operations, and installed as his chief of staff an officer from the counterterrorist center who had previously run the interrogation program. Is that you?

HASPEL: Senator, I’m so pleased you asked me that question.

FEINSTEIN: Yes or no will do.

HASPEL: No, and for the record — if you have your staff check — Mr. Rizzo has issued a correction. It is true that it is hard in a secret —

FEINSTEIN: My understanding that —

HASPEL: That is not accurate.

FEINSTEIN: — he recently confirmed that it was you.

HASPEL: No. He issued a correction. He didn’t fact-check and that has been corrected.

RUSH: See this? DiFi thought she had this woman dead to rights, that she had been named as a torturer by a guy named John Rizzo. But Rizzo had corrected the record and DiFi and her staff didn’t know about it. So she’s leading out there with fake news! Her first question is fake news. And she thinks that she’s gonna kill this nominee with the first question. “You were appointed to do the torture, weren’t you? John Rizzo said so!”

It included waterboarding, and we got every detail we wanted from Khalid Sheikh Mohammed. So Lesley Stahl’s interviewing the guy, and she is appalled. She’s appalled at everything she’s heard. She is appalled, she’s offended, her sensibilities are in tatters, she can’t believe that we have people like this in the United States government. And Jose Rodriguez in these the sound bites is just priceless. So one question she asked, “So Khalid Sheikh Mohammed was subjected to waterboarding specifically 183 pourings of water and about a half a dozen separate sessions.”

You understand? She is so outraged, she’s counting the length of time every pour in the waterboarding of this terrorist was 10 seconds. This is how rotten we are, folks. This is how mean-spirited. This is how uncivilized and savage we are. And Lesley Stahl is exposing this guy on 60 Minutes.

RODRIGUEZ: Can I say something about Khalid Sheikh Mohammed? He’s the one that was responsible for the death of Danny Pearl, the Wall Street [Journal] reporter. He slit his throat in front of the camera. I don’t know what type of man it takes to cut the throat of someone in front of you like that, but I can tell you that this is an individual who probably didn’t give a rat’s ass about having water poured on his face.

STAHL: He never believed for one second you were gonna kill him?

RODRIGUEZ: No. And let me just tell you: Khalid Sheikh Mohammed would use his fingers to count the number of seconds because he knew that in all likelihood, we would stop at ten. So this doesn’t sound like a person who is afraid of dying.

RUSH: So Jose Rodriguez is telling her (summarized): Look, the guy wasn’t intimidated by it! He counted to ten. He knew we were gonna pour no more than ten seconds; he was able to put up with it,” and she was just appalled by this.

RODRIGUEZ: No! He gets a good night’s sleep. He gets his Ensure. By the way, he was very heavy when he came to us and he lost 50 pounds.

STAHL: What! His Ensure? You mean like people in the hospital who will drink that stuff?

RODRIGUEZ: Yes. Dietary manipulation was part of these “dire techniques.”

STAHL: So sleep deprivation! Dietary manipulation! I mean, this is Orwellian stuff. The United States doesn’t do that.

RODRIGUEZ: Well, we do.

RUSH: “Well, we do.” (laughing) “Well, we do.” Jose Rodriguez, he knows he’s putting her on. You catch this? She’s outraged that we’re serving him Ensure. You know, that’s for cancer patients. That’s for people that don’t have an appetite, that’s for people that won’t be eat, you gotta get ’em calories. To her that’s punishment because she eats chef’s salad all the time. This is punishment!

Jose Rodriguez says, “Oh, no. He lost 50 pounds. He was very heavy when he came to us, and in our care he lost 50 pounds. He became healthier than ever.” And then she said, “Ensure? You gave him Ensure? That is horrible.” “Yes, dietary manipulation was part of these dire techniques.” He put her on in the whole interview; she doesn’t know it. One of our heroes here, Jose Rodriguez.