RUSH:  Bruce, Farmington, New Mexico.  Great that you waited, sir.  How are you?

CALLER:  Good, Rush.  Ex-FBI, feverishly hitting redial dittos to you.  Thank you very much for taking my call.

CALLER:  Hey, you had mentioned again why people are getting frustrated about how nothing happening.  And I think something is, and I’ll lay out my case for you.  I was an FBI agent, if I didn’t know the four elements of the crime or I didn’t know everybody that was involved, one of the biggest tools I had was to let it keep going, if nothing bad was happening.  And right now, they’re not doing anything permanent except hurting their own case in the minds of the American people.  And the only thing they’ve got on Trump is this:

He’s not ruling against the will of the people. He’s not doing anything illegal. He’s doing everything by the book, and this is all they’ve got. This is the only well they can go to, and they have to keep going back to that well.  And Trump won’t declassify these documents because as soon as he does, this will all stop.  It will instantly stop, and it will be over. And they won’t announce a prosecution for the same reason, because it will all stop.

So they’re wrapping everything up in a nice, tight little ball. When we worked public corruption cases in Vegas, that was a level of proof that was higher than your average crime.  This one’s gotta be airtight and locked up.  So I think if we’re patient, we’re gonna be seeing indictments coming down. But it’s gonna be happening after all of the pieces are in place and Trump’s just letting it run because nothing permanent is happening now.

RUSH:  Wait, you confused me.  You started… You were talking about the way you would do an investigation mixed with the way they’re doing this one, and I got confused in there.  You said Trump will not declassify it because that would stop it and he doesn’t want stop it because he wants to let them indict him?

CALLER:  No, no, no.  The people that are working behind the scenes in the Trump administration are doing their own investigation.

CALLER:  So they’re putting it all together, and they can’t stop it because the only thing they’ve got are these key people going back to the well and hitting the well again and again and again.

RUSH:  Oh!  Okay, hold it.  Let me see if I get it. So, under your theory, Jeff Sessions is running a secret investigation of Mueller and Strzok and Page and Clapper and all these guys. He can’t stop it yet ’cause it’s not ready, and the only way he can keep investigating is if Mueller and these guys keep doing what they’re doing, flouting the edge of the law and that kind of stuff. So that’s why Trump doesn’t declassify because he doesn’t want to suspend his own super-secret investigation going on?

CALLER:  I don’t think it’s Sessions.  Sessions will pick somebody else out of the DOJ or, you know, in the FBI, and it will all be underneath.  That way Sessions still appears to have recused himself from this.  But somebody is looking into all of this, and it’s all happening… Like I said, the people, Mueller’s team has to keep going back to the well, and every single time they leak something, that’s another count of an indictment. 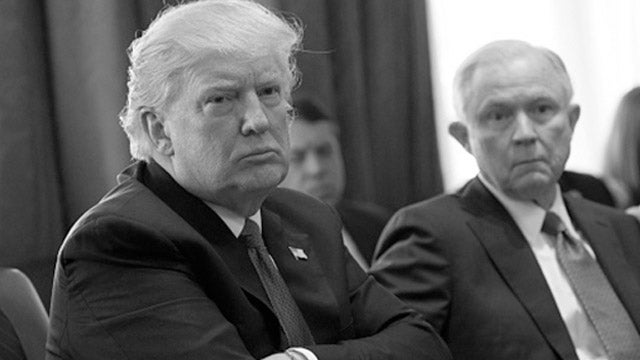 CALLER:  And his team.

RUSH:  Okay.  That’s right.  I thought you meant an indictment against Trump.  I missed something in there.  But you’ve explained that.

The stuff needs to end, and everything that went on needs to be revealed.  That’s her theory.  You’ve heard my theory as to why Trump doesn’t do it.  My theory is multifaceted.  Among the reasons is political.  Trump sees an advantage here in being David versus Goliath.  He sees an advantage in being… Like they’re still tweeting out “witch hunt” today, and now Sarah Sanders is joining in the witch hunt aspect of that.

You’ve got Rudy out there calling it a witch hunt. Now Rudy’s out there promising, “Hey, if they want to keep this going, fine.  We’ll rip ’em apart, if that’s what they want.”  In fact, let me grab that sound bite.  (muttering) “Rip ’em apart…” Grab No. 10.  This is Rudy Giuliani last night on the Ingraham Angle.  The Ingraham Angle, by the way, is very sharp.  It’s obtuse.  No, not obtuse.  What’s the…? Ah, what’s…? It’s the kind of angle.  Anyway, that’s where he was.  And the question: “What’s your optimal timeline for this whole thing to wrap up?”

GIULIANI: They should do it today. As soon as possible. I think that they have the facts from which they can write their report. If you’re going to write a fair report, fine, write it. If you’re going to write an unfair report, write it and we will combat it. We’re ready to rip it apart and we’re ready to rip them apart if that’s what they want. We would rather peacefully settle this and get it over with. 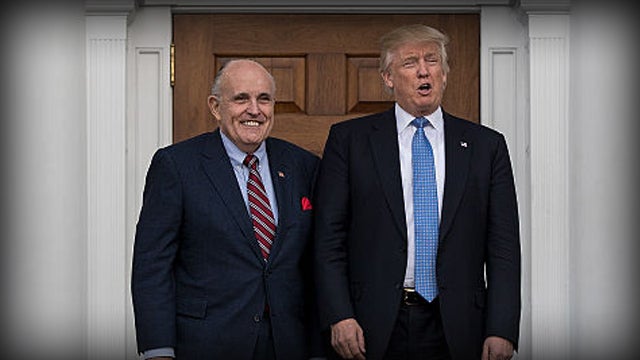 RUSH: So what’s going on here with this, do you think, Bruce?

CALLER: Again, under my theory, you have to let it keep going so they have to go ahead and act like it’s so irritating to them.

RUSH: Okay. Wait. Do you think Mueller is committing indictable offenses every week?

CALLER: I think his team is, and if it were me, what I would do is I would start with the wiretaps. That’s the easiest thing to prove. And then the next thing — and a copiece of that, was lying to the FISA judge. And start the dominoes —

RUSH: That’s what the inspector general is gonna report on.

CALLER: Those are the easiest ones to do, and those will be — 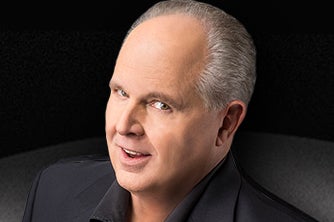 RUSH: All right. Bruce, thanks. I gotta go. I appreciate it. You know what he’s saying? Would this not be great, that Trump is running a wiretap operation against all these people and nobody knows it, that’s what he thinks, and this is how they’d be combating it. And the reason that Trump doesn’t want this to end is ’cause they’re still collecting data as Mueller and his team continues to break the law? If that were true — and I am not saying that I think it is, but I’m just pretending if it were — can you just imagine the day the New York Times learns?

After praising all these wiretaps, after claiming these wiretaps, hey, these are what’s necessary, these people had to do it, we had a possible Russian incursion in the election, can you imagine — remember when Trump said that he had been told that his wires had been tapped at Trump Tower? We know that’s true now! And I know who it is that told him, by the way. Yes, I do know who it is. And so do you. His name’s in the New York Times story.

I know who told him, and I know that after Trump was told he closed operations Trump Tower, moved them out to Bedford in New York. I know who told him. It’s the same guy who has publicly said, “I do not believe there is a shred of evidence that the Russians were trying to get Donald Trump elected, and nobody’s ever gonna find any, but I do not doubt for a moment the Russians were trying to hurt Hillary Clinton.” That is who told Trump that his wires had been tapped, or alluded to it. He’s a good guy. And if Trump’s running wiretaps on these people, oh, gee. I can’t see it, I really can’t see it, but boy.