Why Government Is So Important to Leftists

RUSH: Now, two other stories I said that intrigue me. And here’s the first one. One is in Salon; one is in New York Magazine by Andrew Sullivan. The is a long piece is written by Heather Digby Parton, also known as Digby. A contributing writer to Salon, she was the winner of the 2014 Hillman Prize for Opinion and Analysis Journalism. And the headline to her piece at Salon: “Don’t Claim Trump’s Doing Nothing: He’s Destroying the Federal Government.” 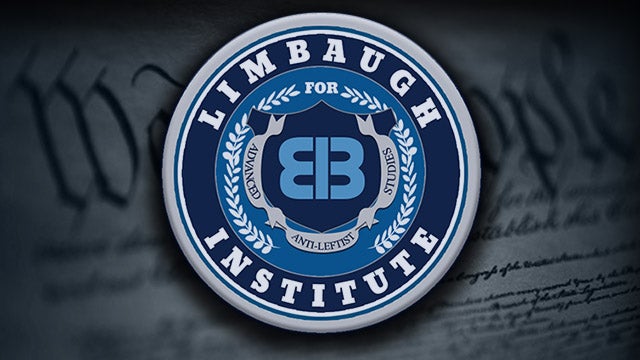 But here this piece is: “Don’t Claim Trump’s Doing Nothing: He’s Destroying the Federal Government.” And this piece is filled with hysterics and tears over what Trump is doing to the government! It’s horrible what Trump is doing to the government. This is terrible. Now, it amuses me, don’t misunderstand, but I’m adopting the tone of the authoress here, and she is paranoid, scared to death.

Here’s a pull quote. “Trump’s definition of ‘populism’ is unique. Evan Osnos in the New Yorker writes: ‘In the 2013 novel “A Delicate Truth,” John le Carré presents the “deep state” as a moneyed, cultured élite — the “non-governmental insiders from banking, industry, and commerce.'”

John le Carré, in his 2013 novel A Delicate Truth, defines “the ‘deep state’ as a moneyed, cultured élite — the ‘non-governmental insiders from banking, industry, and commerce’ whose access to information allows them to rule in secret.” That is a quote from this source that the Salon writer is citing here. And it goes on.

“Trump’s conception is quite different. A real-estate baron, with the wealthiest Cabinet in U.S. history, Trump is at peace with the plutocracy but at war with the clerks — the apparatchiks who, he claims, are seeking to nullify the election by denying the prerogatives of his Administration.”

So she’s upset that Trump has put in a bunch of wealthy bankers and billionaires as his cabinet, and now they’re getting rid of the grunts in all of these bureaucracies, the career people who have been the bulwark for liberalism. They’re there, and when we talk about draining the swamp, sadly this Digby person is right on the money. That’s what we mean by draining the swamp. Getting rid of the careerist leftists in all of these bureaucracies, never elected, never held accountable. They’re in there writing regulations, they’re permitting this, standing in the way of that. They are enforcing liberalism when it loses.

They’re everywhere. They’re in the State Department. They’re in EPA. They’re at Homeland Security. And they are there to undermine Donald Trump. And that’s who he’s getting rid of, and that’s who this writer at Salon is really upset about. “This attack on ‘bureaucracy’ is really an attack on law enforcement, the State Department, the intelligence community and ordinary bureaucrats who enforce regulations and monitor compliance.”

The story goes on, abject panic over what Trump is doing, and he is doing it. Now, people are misunderstanding the importance of government to the left, I think. It’s not just that government has all the money and distributes it fairly and equitably, plays Santa Claus. That’s part of it, but the love for government involves much, much more than that.