RUSH: So Hillary got some kind of a human rights, civil rights, plug-it-up rights, I don’t know what it was, at Yale, and she donned an old Soviet hat. 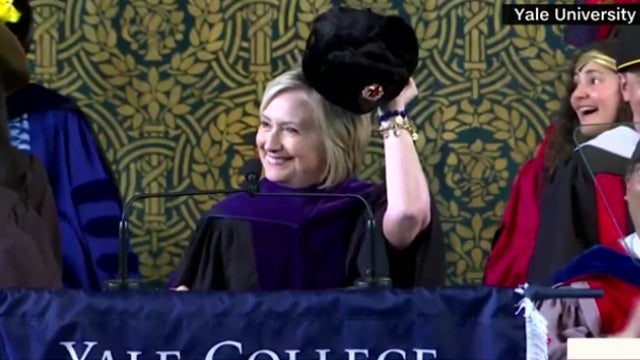 RUSH: I’m sorry. Hillary’s award was at Harvard. It wasn’t Yale. Six of one, half dozen of the other. And it was for her “transformative impact on society.” Ha! I mean, this is what these people do. Dan Rather bombs out with his forged documents. They arrange an award to give him. He’s the first recipient, a gigantic dinner to praise Dan Rather for his great, great journalism. And now Hillary for her “transformative impact on society.” There’s no question she’s had one (laughing), but it ain’t good!

RUSH: Well, my friends, even when I think I’m wrong, I’m right. It was indeed at Yale University where Hillary got an award and put on that Soviet hat. But it is true, too, that she’s being given an award at Harvard for transforming… Society? Vagina hats? I don’t know what. So both things were true. I was right actually about both. As usual.