There will be penalties and perhaps fines established for this. And I’m telling you now that all hell is gonna break loose by ESPN SportsCenter time tonight.  If ESPN has lost 500,000 subscribers to date, they’re gonna lose another 400,000 tonight by virtue of their take on this.  You’re gonna see people lose it live.  They’re gonna bring on every civil libertarian, every player, and they’re gonna try to make heroes out of these kneelers.

You wait and see what happens.  They’re not gonna be able to contain themselves on this, because this is basically… The Drive-Bys are holding out for Colin Kaepernick to be hired.  They’re holding out for some team to hire him.  They’re making it look like the only way this situation can ever get resolved is if somebody hires Kaepernick.  Now the NFL owners come out (laughing) and say if Kaepernick shows up and tries this stunt again, he’s fined. The team may be penalized. The system of fines and penalties is not firmed up yet.  But the new policy requires everybody that’s on the field during pregame to stand for the anthem.

RUSH: The NFL has apparently caved to Donaldus Maximus.  Here’s Roger Goodell today, press conference in Atlanta at the NFL spring meeting press conference. A reporter says, “Given the way the policy is worded, is it your expectation out of this, this will end all protests by players during the anthem on the sideline? Or, in your mind, is there leeway there for a particular owner or club to decide that they will allow their players to kneel?” 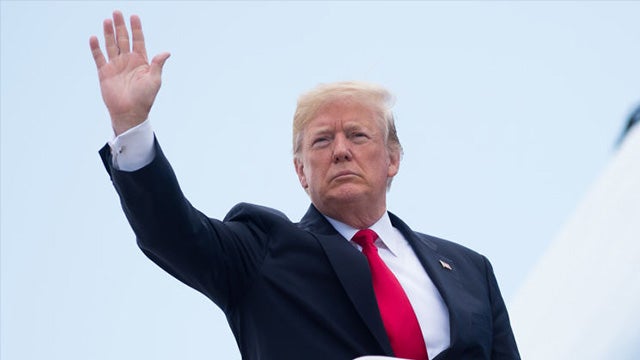 GOODELL:  All 32 clubs want to make sure that, during the moment of the anthem and the flag, that that is a very important moment to all of us, uh, as a league, as clubs, uh, personally and to our country.  And that’s, uh — uh, a moment that we want to make sure is done in a very respectful fashion, and that was something that was, uh —

RUSH:  Stop the tape.  Stop the…  Did you hear the explosions in the background here, folks?  Do you? There are people’s heads at this moment literally exploding at this presser. Okay, resume tape. 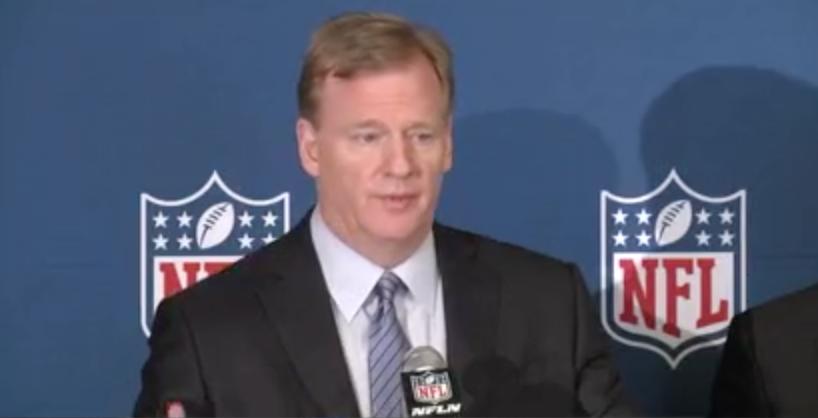 RUSH:  I mean, this is such a reversal. This is… There’s no other way to look at this other than a complete Donald Trump victory.  This is the league demanding that every player on the field during pregame stand for the anthem; otherwise a fine or a penalty.  They can avoid it by staying in the locker room, but they league wants them to be on the field.  This is the National Football League finally recognizing who its fans are.  But I’m here to tell you, this is gonna cause sports media… I cannot describe for you the chaos that will be on ESPN SportsCenter. It won’t even take that long.  The leftist sportswriters are going to lose it over this.

JONES:  Who’s the arbiter of respect for the flag?  What would be considered disrespect for the flag and the anthem?  And why would the league and the owners kind of willingly attempt to police something that is subjective like this?

GOODELL:  Well, I think the general public has a very strong view of what respect for the flag is in that moment.

RUSH:  “The general public,” i.e., “our fans,” Mr. Sportswriter. “Our fans are the arbiters of respect for the flag, and we have heard them.”  That’s what that means.  Ho-ho-ho-ho-ho-ho.