RUSH: Do you remember last week the story about the Federal Reserve in Chicago is instituting new massive property taxes as a stopgap way of helping to fund at-present unfunded pensions and liabilities in the state?  It’s 1% additional property tax on your existing bill, based on the value of your house — on top of every other tax you’re paying — forever.  And that you could not escape the tax by selling your house and leaving because the value of your house is going to plummet with this new tax; therefore nobody’s gonna buy it.

It said how the Federal Reserve admitted that, that this new property tax increase is going to destroy the existing values of people’s homes and they say, “That’s good because now you can’t sell it. You can’t leave and escape our tax.”  From Breitbart:  “Illinoisans Fleeing State by Tens of Thousands over Taxes and Financial Loss — Illinois is losing more citizens than nearly every other state, and according to reports, the biggest reason citizens are leaving is that they can no longer afford to live [there]. …

“One Chicago couple who moved to Tennessee told WGN that the move gave them back” Are you ready for this? “an amazing 25% of their income that would no longer be lost to property taxes and other expenses associated with living in … Illinois.”   By leaving — and this is just one story, anecdotal.  One couple got back 25% of their income by leaving.  I remember when I left New York in 1997.  I was very publicly honest about why.  I was fleeing what were confiscatory taxes.  I’d lived there eight years. 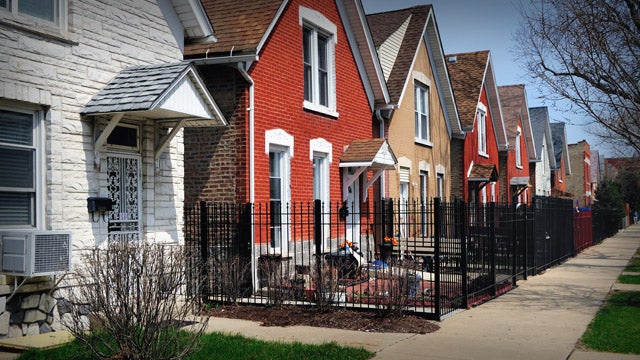 I moved to New York because it was necessary to get this program off the ground and to have it succeed. It had to originate there for a host of reasons.  Not necessary to go into them here now.  But eight years accomplished the objective.  I enjoyed the eight years.  I have fabulous friends, great time there.  But when I started visiting Florida, I started liking it more as a lifestyle place, and then learned that there was no state income tax. Property taxes are a little higher, but they’re not nearly high enough to get anywhere near what the state, city, unincorporated business…

Look, I would love to tell you how much money a year I saved leaving New York, but I’m not gonna do that because my dad always said, “Don’t talk about money, Son.  It’s not classy.”  But it’s mind-boggling.  I remember when I made the move, I was accused of being selfish, of being unwilling to pay my fair share.  I, of course, looked at it as a very intelligent thing to do.  It’s an astounding amount of money. And then I was audited every year for the next — What would it be? — 18 years under the premise that I still lived there and was lying about it.

That was the starting point.  “We know you still live here.  You’re just acting like you live in Florida.”  They actually wanted to visit the place I had in New York and the place in Florida and take pictures to determine which one was actually the more lived in.  They subpoenaed members of my staff to testify where I was and where they were on random dates.  I think Albany and other states have divisions that just follow people who move to no-income-tax states — Texas, Kentucky, Tennessee.

But the point is, it was a huge, huge, huge amount of money.  And it was mine!  It wasn’t it theirs.  And now this is happening apparently not en masse yet, but by a significant number of people leaving Illinois.  And these people that are leaving have left before this new property tax goes into effect.  The people that this story is about have gotten out in time.  It’s gonna be tougher and tougher to leave Illinois once this new property tax thing goes into effect, because it’s gonna almost overnight devalue people’s homes.