RUSH: Did you hear what F. Chuck Todd said? Get this. F. Chuck, you know, is the moderator of Meet the Press, and F. Chuck said the NFL has sided with its white consumers over its black consumers in its new rule claiming players cannot kneel during the national anthem. 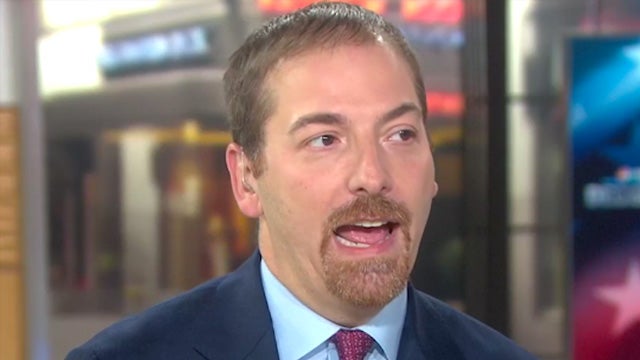 Really, Chuck? Only white people celebrate the flag? That’s something that’s racial now? Honoring the flag, standing for the anthem, that’s something that is exclusive to white people, and the NFL has sided with their white consumers? Really, Chuck? Are you trying to tell us that African-Americans don’t celebrate the country and want to kneel? I’m talking about the consumers, the fans. Not the players.

I know there have to be tons of African-Americans in this country who are patriotic, they’ve served in the military, they don’t subscribe to ultra-left-wing radicalism, and they do stand for the anthem and the flag. But if you listen to F. Chuck Todd, MSNBC, Meet the Press, the NFL has sided with white consumers. I think that’s divisive. I think Chuck Todd, NBC, Meet the Press, is being divisive. What a racist attitude. What a racist way to look at things.