RUSH: I do want to give you some sound bites from President Trump at his rally in Nashville last night, and this is the bite that contains the audience reaction’s name when Trump welcomes Senator Bob Corker.

THE PRESIDENT: We’re also very grateful to be joined by Senator Lamar Alexander.

RUSH: Here is Trump from the rally last night talking about the spy in his campaign.

THE PRESIDENT: So how do you like the fact they had people infiltrating our campaign? Can you imagine?

THE PRESIDENT: Can you imagine? 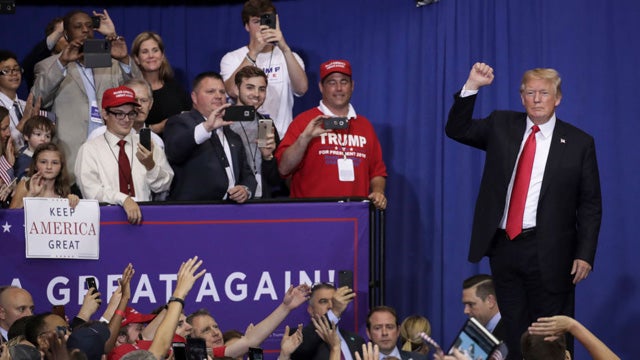 THE PRESIDENT: That would take courage, huh? Ha! Nah, look, you take a look at what’s going on. Never in the history of our country has something taken place like took place during this election.

RUSH: And it’s in that backdrop that Trey Gowdy’s out saying (summarized), “No, no, no. We would be proud of our FBI doing what they did based on what they knew.” Now, Gowdy is relying on some things to be seen in a certain way that I don’t see the way he does. I will ‘splain this when we get to the subject. One more bite, then a break. This is Trump kind of tearing into Pelosi for talking about the humanity of MS-13.

THE PRESIDENT: And, of course, the MS-13 lover, Nancy Pelosi.

THE PRESIDENT: Out! Out! By the thousands.