Gay Conservatives Speak Out in Defense of Freedom

RUSH: We’re gonna start in Cleveland. This is Travis. It’s great to have you, sir. You’re up first today.

RUSH: Hi, Travis. Are you there? Testing one, two, three?

RUSH: There you are. How are you doing, Travis?

CALLER: I’m doing great. How are you?

RUSH: Fine. Thank you for calling.

CALLER: So I told your screener — and, first of all, I’m very nervous. But I just want to say that I agree with the ruling today. And as someone who is married to a man who grew up Catholic and who had to hide who he was for a very long time out of fear of what would happen with his family, it does not make our situation any easier when these militants are on the news because they do not represent me.

His family didn’t show up at our wedding because they believe a marriage is between one man and one woman. And I don’t want to brand them a bigot or a homophobe for the rest of their lives when I could have an opportunity to have a relationship with them. I’d rather understand where they’re coming from and try to build off of what we have in common than brand them over a decision like a cake and then not have a relationship with the man I love’s family.

CALLER: I think these militants make it worse, not better, and they don’t have me —

CALLER: — in mind when they’re out there doing it.

RUSH: That’s interesting. The militant… See, I have long thought that, but I thought that I was kind of in a very tiny minority on that.

CALLER: No. I think they are. I just think they’re really loud and obnoxious, and so they get on the news.

RUSH: What do you think their purpose is? ‘Cause in this cake case… I mean, Travis, if —

CALLER: They went on TV, and they said what their case was. They said it was never about the cake; it was about making them do what they wanted them to do. And I would rather go get a cake from somewhere else and not be on the news and have a chance —

CALLER: — at understanding where other people are coming from —

CALLER: — than force my will on them any more than I want them to force their will on me. I know a lot of people don’t accept gay marriage. However, it’s a lifestyle choice I made. They choose not to bake me a cake. I’ll get one somewhere else.

RUSH: Let me tell you, as time goes on and particularly in younger demographics, more and more people are accepting gay marriage and gay relationships. The Millennial generation has no problem at all with it.

CALLER: My sexuality makes up so small of who I am as a person; it really shouldn’t matter. You do what you do in your home; I’ll do what I do in mine. In the meantime, we should all be nice to each other in public. I get a cake anywhere, and I’ll bake it if I have to.

RUSH: Travis, thank you. I appreciate the call. That is the key. These people could have gone anywhere to get a cake and not had any controversy whatsoever. They could have had a happy wedding, a happy reception. They could have had a bakery that was out there in full force with a cake. It might have been five layers all rainbow colors, could have done the whole thing and nobody would have ever known about it. What’d they do?

Probably in cahoots with some militant political gay group, they found a bakery that they knew would refuse to do it and walked in there and got exactly what they wanted because this is about forcing… He said it. This is about forcing a certain set of social and political beliefs and making them acquiesce to it. And beyond that, after they acquiesce to it, they will love it. And if you don’t, they’re gonna come after you.

Look at this Mueller investigation. What do you think this is about, folks? When you distill the Mueller investigation and all of the itinerant things attached to it, what is it really all about? I mean, keep whittling, keep whittling, keep throwing things out ’til you get down to the bare essence of what this is about. What is it? It is about their refusal to accept the results of an election. Not just the left, but the entire Washington establishment, which heavily tilts left.

There are conservatives in it, but, you know, they’re like pets. And there are Republicans in it, but they’re like robot butlers and stuff. The Washington establishment tilts left, and all of this is happening due to the refusal to accept the outcome of an election and the attempt to overturn it. That’s what this is. The rest of it is technique. The rest of it is strategy.

But this is the simple, plain-as-day in front of your face refusal to accept the outcome of a presidential election. Now, that’s refusing to acknowledge your freedom in a major way. Your vote doesn’t count when it doesn’t elect them. Elections don’t count when they lose. ‘Cause that’s what this is. The militant gays targeting pizzerias or photography shops or bakery shops is the same thing. The refusal to tolerate this agreement or dissent coupled with the need to destroy the dissent and disagreement.

RUSH: And we go to Seattle. This Christine. Christine, great to have you on the EIB Network. Hello.

CALLER: Oh, I just want to say, Rush, that you are one of the great paternal, incredibly informative. You have changed my life. I am just so grateful to you. Thank you, thank you for —

RUSH: Thank you, thank you very much. I appreciate that. 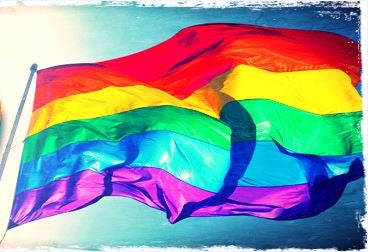 CALLER: I just wanted to say I am a conservative radio show host here in Seattle Washington. I am gay, I am —

CALLER: Yes. I’ve been on the air for seven years.

RUSH: You said you’re gay? I was talking over you. Did you say you were gay?

RUSH: I can imagine. You’re supposed to hate people like me to boot.

CALLER: (laughing) So I’ve found that the most homophobic and sexist and ageist and racist thing I ever encounter is when someone hears me speaking and they’re looking at my packaging and they are telling me, “Why is it that you speak that way when obviously the packaging demands that you speak another way.” I find that to be incredibly offensive. In any case, I wanted to comment on the cake thing, on the Supreme Court judgment — 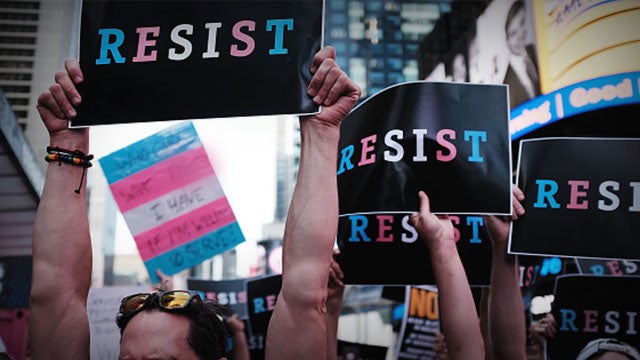 And, you know, thus of course this is why we do the work we do, you on such a grand scale and mine basically almost unheard. But this is what gets me up in the morning. And I am excited to see what is gonna happen next with our wonderful President Trump as his birthday comes, as Father’s Day comes, and as our economy is picking up and as people are going to have to peel away all of that which they have believed or thought or whatever, because it is becoming apparent that we are the country on this planet that stands for everyone to come and have liberty.

CALLER: And if we don’t protect that, the whole world is gonna go down. That’s just how it is.

RUSH: Yeah, and, you know, that is actually brilliantly stated, and I grant you permission to make a promo out of that for your show.

CALLER: (laughing) I’ve been wanting to talk to you for a long time. I don’t want to take up a bunch of your air time, but I did want to say that I was not always a conservative. It was in the last administration that I started to question things, ’cause I wasn’t really a Democrat ’cause I never identified with any of that. But —

RUSH: Wait. What did you start questioning in the Obama administration? I’m curious about what —

And I tell you, I am a radio host that is a conservative on a very liberal station, and I considered leaving, and I have weathered quite a bit of scraping on that. But, I tell you what, it’s worth it because people who are just waking up, they need to hear this stuff. And that’s what changed my mind.

You know what changed my mind? I listened to what you were saying and I listened to what Mark Levin was saying and I was listening to a lot of this other background chatter that people were talking about, and what I found is that people want to have freedom. But what they don’t understand is that freedom never needs to be defended. It’s liberty that needs to be defended. God gives us our freedom. God gives us the right to be free. We have to defend our liberty.

RUSH: This is a good point, but I need to add something to it. I think many young people on the left have a skewed definition of what freedom is, and it’s something that we’re gonna have to get hold of and shake loose from them real quick, because many of them literally believe that freedom entitles them to, for example, shut other people up. Freedom entitles them to tell other people what they can and can’t say or do.

That’s not freedom. That is authoritarianism and leads to dictatorship. It is in no way freedom. But they interpret “I am free to be who I am, and if you get in my way, you have to stop it. Freedom is for me, but it isn’t for you if you offend me or otherwise encroach upon me.” Freedom to these people, as taught in universities, allows them to discriminate against those who are denying them their so-called freedom.

This is why I urge everybody to take these online courses at Hillsdale, because they have the proper constitutional foundational instruction of Constitutional Liberty, constitutional freedom. Freedom is not some pedestrian thing that is self-focused, that is about you and only you. Too many people think that it is. Anyway, Christine, I really appreciate the call. It’s great, you’ve made my day, and I thank you very much. Have a great rest of the day.