What the Heck Is Rudy Doing Answering the Pardon Question?

RUSH: Now, there’s no question about it. The president can pardon himself. The Constitution clearly says so. It’s implicated right there when in the Constitution says “except for impeachment.” He cannot pardon himself if he’s impeached, obviously, but any other situation he can. I mean, it’s not a big deal. 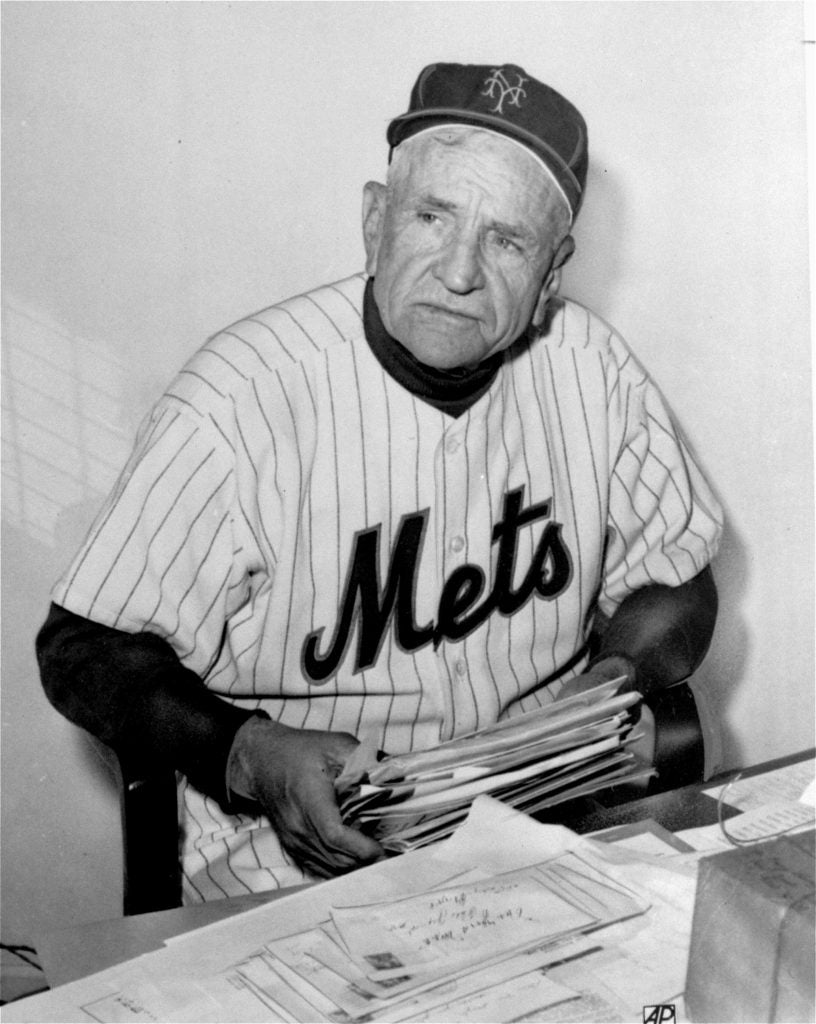 The real question is what the heck was Rudy doing answering the question? I thought I was watching Mitt Romney being interviewed by Stephanopoulos all over again. Rudy said, “That’s an interesting constitutional debate.” We’re not having a debate in society here.

The reason Stephanopoulos asked the question — you know how the question was designed to be interpreted. So when the president is found guilty of colluding or obstructing, will he pardon himself? Can he? That’s how Stephanopoulos intended the low-information crowd on there to interpret his question. You know, it’s like Casey Stengel said with the ’62 Mets, “Can anybody here play this game?”

RUSH: I want to go back to this business of the president pardoning himself. I do not understand why this was even allowed to enter this public domain. I want to ask you if you remember a GOP presidential debate. It was in January of 2012. So a little over six and a half years ago. And one of the moderators of this debate was George “Stephy” Stephanopoulos of the Clinton administration war room. He’s still a Democrat Party operative working undercover as a so-called journalist at Good Morning America and debate moderator.

Question for Mitt Romney (paraphrasing): “Governor Romney, do you believe states have the right to ban contraception?”

Romney: “Wait. What? What? Where’d that come from, George? We’re not even talking about that, George, what? I can’t imagine a state would want to.”

It was a question planted by the Democrats through Stephanopoulos to eventually continue on this idea the Republican War on Women and Romney not believing in the right to privacy. I spotted it the minute the question was asked, and I said, “Do not answer. Whatever you do, do not answer this, keep this as a hypothetical, do not fall for it.”

But he fell for it because Republicans know that they have to be open and they can’t appear to duck and they can’t dodge, so Romney gave his answer. And it didn’t matter, it didn’t matter again what the answer was, just the fact that he answered it allowed the media to report Romney weighed in on whether or not states have the right to ban contraception. And that became Mitt Romney can see where certain states might want to ban you getting birth control. And we’re off and running, all because he answered the question.

So we move forward to yesterday with the same Clinton war room operative, George Stephanopoulos, undercover as a mainstream journalist, this time on ABC’s whatever it is Sunday show. This Week Needs David Brinkley, that’s what it is. And Rudy Giuliani is making the rounds because that’s his gig, to go on television and fight the good fight for Trump. And Stephanopoulos asks, “So, will the president pardon himself?” Comes out of nowhere. 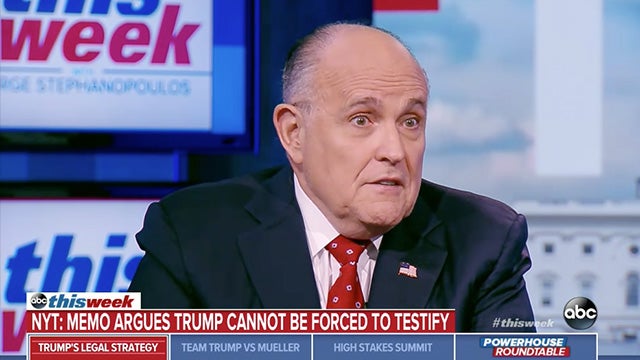 And Rudy, “That’s an interesting constitutional question,” started debating it and so forth. And history repeats, Stephanopoulos keeps boring in, boring in, can he, should he, what do you think? And eventually Rudy says, “Yeah, sure, he can. Constitutionally, no question he can.” Mission accomplished. Because, ladies and gentlemen, here is how the question, as asked, was intended to be interpreted. I don’t care the words Stephanopoulos used. Let’s cut to the basic chase.

Pardons are not in the news because Trump has been found guilty of anything. There’s no evidence linking Trump to any of these baseless, senseless charges that they’ve made up and drummed up. Oh, by the way. There’s now additional information about the Australian ambassador and George Papadopoulos. You know what it is? Papadopoulos wasn’t drunk! Papadopoulos only had one drink. The source is Alexander Downer, the Australian ambassador who answered a question in an interview in an Australian newspaper.

This entire story the FBI presented to the New York Times as the reason for the investigation commencing July 31st, 2016, has fallen apart. The Steele dossier, as the explanation for the investigation beginning has fallen apart, and now the Papadopoulos angle has totally fallen apart. This story involving Papadopoulos is nothing, nothing like the original report published by the New York Times, which was sourced to the ever present anonymous sources.

The whole thing has fallen apart. There is no evidence of anything. I don’t know why Rudy answered this, because the question that Stephanopoulos asked was intended to be interpreted exactly this way. Quote, “So when the president is found to have obstructed or colluded, do you think he’ll pardon himself? Can he?” That was the way Stephanopoulos intended the media to interpret the question, and they have. That’s the way they intended the low-information voter to interpret the question, if they bothered to pay attention.

The whole point of asking the question is to establish the atmospherics that Trump has done something with profound enough guilt that pardoning himself is actively being considered, when it isn’t! Just like the states banning contraception was not being pondered by anybody when Stephanopoulos asked Romney about it in 2012. Ditto here. I just… Ugh. (sigh) In the big scheme of things, it’s probably no big deal, but it’s just frustrating because Trump is not guilty of anything.

They haven’t found anything — and, besides that, the president can pardon himself. It’s not even a question! It’s not even… It’s really not even arguable. Of course the president can pardon himself, and it’s right there in the Constitution. One of the ways of illustrating this is, if you look at the Constitution, the framers specified that in the pardon clause. The only thing a pardon does not extend to is cases of impeachment. Andy McCarthy writes about this today at National Review Online. It’s kind of like the death penalty.

Well, yeah, it’s kind of implied. When you say no one can be denied life, liberty, pursuit of happiness “without due process.” Well, clearly the founders have considered denying people life, i.e., execution. Same thing here. When discussing pardons, the framers understood that they were permitting the president to pardon himself because the pardon clause says that while the president may pardon any federal offense, this does not extend to cases of impeachment.

Well, if the only limit on a presidential pardon is impeachment, meaning when the Senate removes him — or if somebody else is removed via impeachment — then he can’t pardon himself; but up to and including that, he can. It’s not even a constitutional argument. This whole thing has been manufactured and structured and entered into the public arena by once again a Democrat political operative from the Clinton war room operating undercover as a journalist asking a question intended to be interpreted as:

“So when the president is found to have obstructed justice or colluded with Russia, do you think he’ll pardon himself? Can he?” Never answer a hypothetical, or answer it with another question. But it’s out there now, and now Trump is weighing in on it too. Trump wants to have the fight, see? But he weighed in after the episode was already hatched and happened on the ABC Sunday show.