RUSH: Jeffrey Goldberg. He’s the editor of The Atlantic. It’s a left-wing journal of opinion and news. And he has written a column today reacting to Trump in foreign policy and this deal. Here’s how it begins. Do you remember Sarah Palin being asked to define the McCain doctrine, and there wasn’t a McCain doctrine, but she had to make one up and act like McCain had a definitive foreign policy after he had spoken to Thomas Friedman of the New York Times. And every president must have a doctrine.

And this guy’s point is Trump doesn’t have a doctrine ’cause he can’t read, because he doesn’t care about foreign policy, he’s not involved in it, he never has. Even though Trump has been speaking about North Korea since as recently far back as 2009.

“Barack Obama, whose foreign-policy doctrine I studied in depth, was cerebral to a fault; the man who succeeded him is perhaps the most glandular president in American history. Unlike Obama, Trump possesses no ability to explain anything resembling a foreign-policy philosophy. But this does not mean that he is without ideas.

“Over the past couple of months, I’ve asked a number of people close to the president to provide me with short descriptions of what might constitute the Trump Doctrine. I’ve been trying, as part of a larger project, to understand the revolutionary nature of Trump’s approach to world affairs.

“This task became even more interesting over the weekend, when Trump made his most ambitious move yet to dismantle the U.S.-led Western alliance; it becomes more interesting still as Trump launches, without preparation or baseline knowledge, a complicated nuclear negotiation with a fanatical and bizarre regime that quite possibly has his number.”

Okay. Translating this. This guy’s been desperately trying to find out what Trump’s doctrine is but knows there isn’t one because Trump isn’t capable of thinking deeply enough to even have a foreign policy. He doesn’t read enough to have any kind of knowledge that would help in coming up with a doctrine. And then this was reaffirmed when he’s watching Trump try to blow up the G7, and then, without any preparation or any basic knowledge, he’s gonna start talking nukes with a totalitarian tyrant?

This guy saying, “We are cooked. We’re finished.” You see the picture. This arrogant gas bag at The Atlantic is so convinced of his own intelligence and his own superiority and his own relevance. Oh, yes, he can detect doctrines in other presidents, and, oh, yes, he can tell whether they’re smart or not by how much they read and how much they’ve gone to school, what have you, and so forth. But he doesn’t understand real world intelligence if it bit him in the butt.

He in fact has contempt for it, more than likely. So he sits in his exalted perch at The Atlantic looking down on people like Donald Trump and you and me and thinking it’s just not possible we know what we’re talking about. We don’t have basic knowledge; we don’t read the right things; and we certainly have no diplomatic skills, and therefore it’s dangerous as hell that somebody like Trump — this is why I know, when those pictures came on TV last night of Trump at the table, with Kim Jong-un across from him, you know, six people on each side, I know they are heads were blowing up. 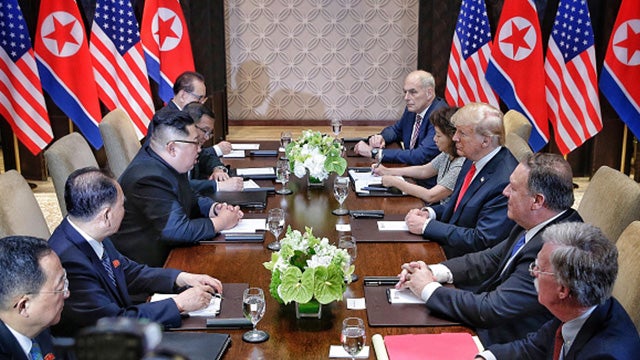 They can’t handle it. They can’t deal with it. They’re calling each other on the phones spewing and spitting, “Did you see what we’re seeing? This is embarrassing. This is, oh, my God, we’re dead, this is horrible. How are we ever gonna get it back?” They can’t deal with this. And this is what Mr. Goldberg is basically telling us.

And then he comes across somebody who enlightens him. “The best distillation of the Trump Doctrine I heard,” writes Jeffrey Goldberg of The Atlantic, “came from a senior White House official with direct access to the president and his thinking. I was talking to this person several weeks ago, and I said, by way of introduction, that I thought it might perhaps be too early to discern a definitive Trump Doctrine.”

So he’s talking to this Trump adviser — don’t know who it is — and he’s trying to find out the Trump doctrine, wants to know what it is, and he tells this guy he’s been looking, looking, can’t find one. And the Trump official says, “No. There’s definitely a Trump Doctrine.”

RUSH: Yeah. And Jeffrey Goldberg is just devastated. There is a Trump doctrine, and it’s something that he generally is appalled by. “We’re America, Bitch,” is the Trump doctrine, as announced by a Trump White House official. 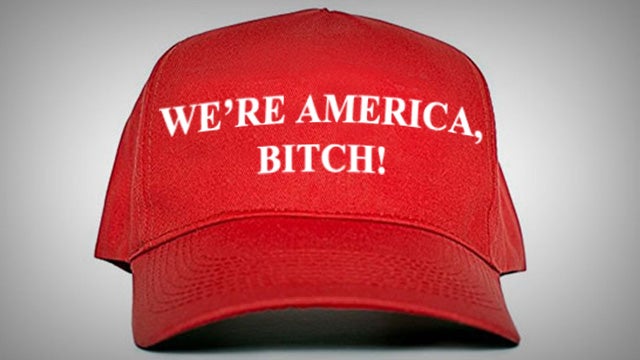 Okay, to the phones we go. Sarasota, Florida. This is Lawrence. Lawrence, great to have you. I’m glad you waited. What’s happening? What’s up?

CALLER: Thank you for taking my call, Rush. Dittos. Longtime listener. Last night I witnessed this historical event. And I could segue based on what you were just talking about on the Trump doctrine. We, as Americans, and how important our vote has changed the course of history. And I hope that Chairman Kim will realize five, 10, 15 years down the road when his country has changed how responsible that the American people were to believe in our president.

RUSH: Well, I don’t know that — you know, you bring up an unrelated point. You reminded me of a point that I wanted to make earlier. I think the greatest — you know, Kim Jong-un, he was paranoid he was gonna be shot down on the way to the summit. Do you know this? He didn’t have any airplanes. He had to fly on air China. The Chinese had to give him — he doesn’t have a presidential jet. He’s got a donkey cart.

At any rate, he flew 10 hours out of the way because of his paranoia. He hired or somehow somebody furnished him three jets, and he leaves out of wherever he leaves out of North Korea, and he went I think through Shanghai or Beijing. Whatever, it added 10 hours. It’s normally I think a five- or six-hour flight from where he was to Singapore, he added 10 hours to it because he was supposedly paranoid of being shot out of the sky by he doesn’t know who. He’s of the mind that there are people that want to kill him; and he may think Trump is one of them, who knows. 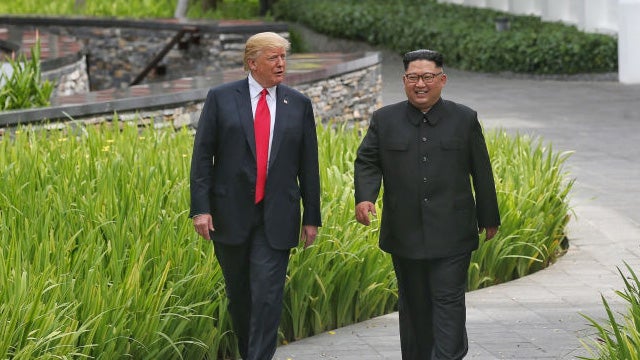 But I think the greatest threat this guy faces is in his own country. ‘Cause there have to be, there have to be some people in his regime that are from his dad’s generation who are appalled at what he may be doing here. You know, Mohammad Bin Salman, the 32-year-old crown prince of Saudi Arabia modernizing everything there, letting women drive — supposedly — and changing a lot of things about militant Islam.

Something about this millennial generation, Kim may be doing something similar, it may be real, we don’t know yet, but there have to be people in the leadership of that country who are totally opposed to this who are closer to his father in age. And we’ll see if this guy survives during all this in his own country.