RUSH:  Meddling in an election is such a crime, such a huge crime. The Drive-Bys want to go to war with Russia over their meddling in our election, but guess what?

And the FBI’s top watchdog, the inspector general, Mr. Horowitz, says he was very concerned about this. But he says it’s okay, in the end, because he didn’t see any evidence that the meddling was due to political bias. (chuckling) Right. Yeah. Just like Comey said, “Yeah, Hillary, she broke all kinds of laws here, but we couldn’t find where she meant to. We just couldn’t determine that she intended to.”

And just like Horowitz, “Yeah, these guys were doing a lot of stuff, but we just couldn’t find that political bias led them to it.” That takes to us Trey Gowdy, Washington this morning, a joint hearing, House Government Oversight Committee and Judiciary Committee. Michael Horowitz and his report. Listen to Trey Gowdy…

GOWDY: Now, Lisa Page was an FBI lawyer who worked on the Clinton email investigation?

GOWDY: Did she also work on the Russia investigation? 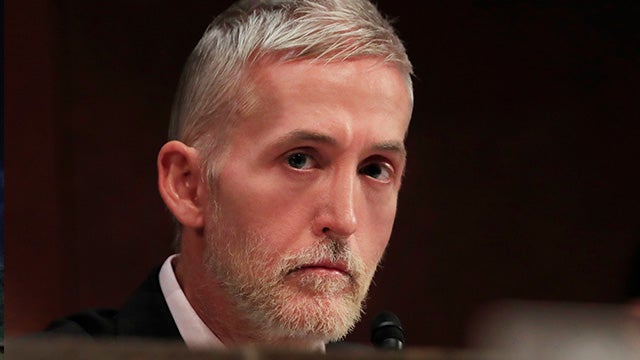 GOWDY: How about the Mueller special counsel team?

CALLER: She did for a period of time.

GOWDY: All right. So we’re three for three on her working on the two most important bureau investigations in 2016 and beyond. Now, is this the same Lisa Page that Andy McCabe used to leak information to I news outlet?

HOROWITZ: She was a special counsel, and as we indicated in our earlier report, she was the individual through whom he provided that information.

GOWDY: The same Lisa Page who admonished the agent interviewing Hillary Clinton not to go into that interview “loaded for bear” because Clinton might be the next president, and it’s the same Lisa Page who said Trump was “loathsome,” “awful,” “the man cannot become president; Clinton just has to win,” and that Trump “should go F— himself.” And we are somehow supposed to believe that she did not prejudge the outcome of that investigation before it was over? She already had Hillary Clinton winning. I don’t know how you can win if you’re gonna wind up getting indicted and/or plead guilty or be convicted of a felony.

RUSH: It’s impossible for us to replay the whole thing. We’d have had to go gavel to gavel on it. Gowdy was at this for about 20, 25 minutes. Just hammered Horowitz. But he wasn’t hammering Horowitz. He was just getting Horowitz to admit what was in the report but in an entirely different context. (snort) Gowdy made it plain that it was nothing but political bias guiding all these people, and he was stunned that nobody could see it in terms of the final report. Here’s the next example.

GOWDY: Senior FBI agent Peter Strzok wrote, “No. No, he’s not. We’ll stop it.” I think this is the same Peter Strzok who worked on the Clinton email investigation? Do I have that right?

GOWDY: Same Peter Strzok who not only worked the Russia investigation when it began, was one of the lead investigators at the inception of the Russia probe. Do I have the right Peter Strzok?

GOWDY: Now, is it the same Peter Strzok who was put on the Mueller special counsel team?

GOWDY: Same Peter Strzok. And this is not the only time he managed to find the text feature on his phone, either. This is the same Peter Strzok who said, “Trump is an idiot. Hillary should win 100 million to zero.” Now, Mr. Inspector General, that one is interesting to me, because he’s supposed to be investigating her for violations of the Espionage Act, and he can’t think of a single, solitary American that wouldn’t vote for her for president. Can you see our skepticism?

RUSH: Right. Now, we’ve got two more from Gowdy. But when it was his turn, Elijah Cummings of the Congressional Black Caucasians, he is the ranking Democrat on the committee. And you know what he did? This is a joint committee on the inspector general report. You know what Elijah Cummings did? He launched into the separation of criminals and their children at the border! He had nothing to say.

He could not say a thing that was helpful to his side on this IG report. So he used his time, most of it, to lambaste Trump and ask, “What country is this? This is United States of America! We are separating…” You can see everybody on the committee looking around, “What’s he doing?” Well, we figured it out. He’s got nothing to say, so he totally changed the subject (sigh) and it was a testament to the powerful nature of Gowdy and his statements, which we have yet another example of here…

GOWDY: What do you think the “it” is in that phrase “we’ll stop it”?

HOROWITZ: Well, I think that’s probably subject to multiple interpretations — them or a broader group beyond that.

GOWDY: How about “finish it”? When he said, “I unleashed it. Now I need to fix it and finish it,” what do you think he meant by “finish it”?

HOROWITZ: I think in the context of the emails that occurred in August, the prior August that you outlined, I think a reasonable explanation that or a reasonable inference of that is that he believed he would use or potentially use his official authority to take action.

GOWDY: But this is 24 hours into him being put on the Mueller probe. There’s no way he could have possibly prejudged the outcome of the investigation. Maybe he did. Maybe that’s the outcome-determinative bias that my Democrat friends have such a hard time finding.

RUSH: Gowdy just… There was one long passage here that he just summed all of this up in as brief a manner as I have seen it done and just destroyed these people. In fact, he even did a lot of damage to the inspector general, who maintains that he couldn’t find any bias as the reason for all of this happening. He couldn’t find any “documentary bias,” meaning he didn’t have a document where they say they were doing this ’cause they hate Republicans. But it was clear. And Gowdy just stripped all of this bare. Here’s one more example where Horowitz, under questioning, says he’s never seen this level of bias, and he’s still investigating Strzok on Russia.

GOWDY: Did you ever have an agent when you were a prosecutor with this level of bias?

HOROWITZ: My view of this was that this was extremely serious, completely antithetical to the core values. In my personal view having been a prosecutor and worked with FBI agents, I can’t imagine FBI agents suggesting, even, that they might use their powers to investigate, frankly, any candidate for any office.

GOWDY: Well, I can’t either. I am struggling to find a better example of outcome-determinative bias than that. So what am I missing?

HOROWITZ: Well, I think, uh, that certainly with regard to the, uh, Russia investigation you mentioned, as you know, we are looking at that in an ongoing way.

RUSH: Let me tell you what would happen if you watched this whole thing, as I did. If you watch Gowdy from beginning to end, with even more of what we haven’t had time to air here, you cannot conclude anything other that this is one of the sleaziest, dirtiest, most corrupt, politicized and biased attempts to destroy a particular presidential candidate while protecting another one. It is paramountly obvious.

The way Gowdy unpacked this and presented it versus the way the inspector general presents it? The two techniques, Gowdy and Horowitz, are so disparate that the conclusion has to be that the inspector general report — as filed, as reported, and as written — is actually part of the cover-up and the fix being in for all of this from the get-go. Because, folks, if this thing were interpreted as Gowdy did and written by the IG as Gowdy has interpreted it and any common sense person with the information would, these people would be in handcuffs already.

They would have been charged. The things they have done are worthy of serious criminal charges. And yet they’re still employed, many of them and still receiving paychecks. And specially they have been exonerated under the theory that there wasn’t any operational bias here that determined the outcome of any of these various operations. So I think — especially after listening to Gowdy the way he presented this today — it is clear that the ongoing effort to cover up and to water down what actually happened is still widely in practice.