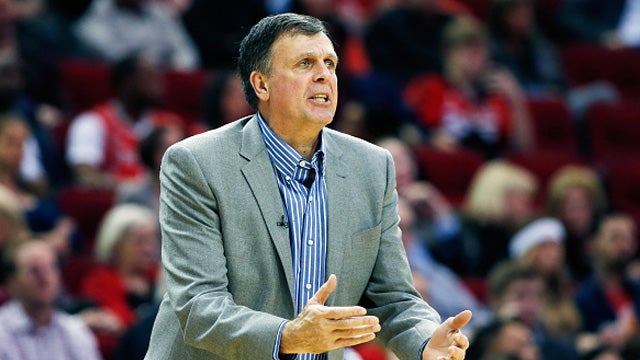 He went to the Trump rally in Duluth, and now a fringe, left-wing lunatic of sports media tweeted the following: “Kevin McHale is extremely stupid for attending a public Trump event. That, as much as his politics, is why he should never work in the NBA again.” Now, it says the tweet here’s from Nathaniel Friedman. But one of the many reasons I don’t tweet is ’cause I don’t know who’s sending a tweet and who’s responding to one to reply. I can’t figure Twitter out, and I am a tech wizard.

But when I look at a tweet, I don’t know who sent it and who’s received it. I can’t… My brother tried to explain it to me, but I’m too smart; I’m too logical. If you have a plethora of logic like I do, you can’t figure it out, ’cause it doesn’t make any sense. So I don’t know. I’m looking here. It looks to me like somebody named Nathaniel Friedman sent the tweet, but then there’s a name after that called @freedarko. So I don’t know if that’s his handle. No idea. So I’m not gonna quote the guy.

“Kevin McHale is extremely stupid for attending a public Trump event. That, as much as his politics, is why he should never work in the NBA again.” Now there are a number of sports media and supporters demanding that Kevin McHale be fired. He currently is a broadcaster of NBA games on TNT. They’re now demanding that he be fired from TNT and banned altogether from the NBA just because he went to the Trump rally. Now, that is insanity. Stupidity. Some people might say, “Rush, this is not how… This is dangerous.”

Well, yeah, but it’s just… It’s stupid, it’s insane, and it is an open window on who and what we are up against. These people are indeed Stalinists. You know, power to these people means being able to boss other people around, and that’s why it’s dangerous. Leftists like big power and Big Government because they want to use it to punish. That’s what they think power is for, and this is just another illustration or indication of that.