CALLER: This is one of those deplorable conservatives.

RUSH: Well, it’s great to have you with us here. 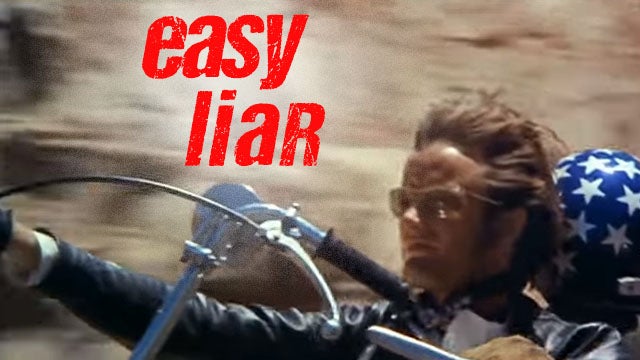 CALLER: I was gonna mention real quick about Peter Fonda and his comments about the first family. I haven’t heard from Peter Fonda since Easy Rider. I don’t think many people have, but it’s come to my attention that he’s got a movie coming out.

CALLER: I don’t know for sure if it’s a theater movie or a made-for-TV movie or what genre, but I think he needed a little publicity, and I think this might have been the way he got it.

RUSH: Maybe so. He did give sort of a half-baked apology for this.

RUSH: I didn’t know that he had a movie coming out. Are you sure it’s not just a commercial for tequila or something?

CALLER: No. I can’t say for gospel, but I understood he has a movie. I don’t know if he’s the leading man, which I doubt, or has a role, a small role. I think it was mentioned it was coming out Friday, which would be tomorrow.

RUSH: Right. Well, if that’s the case, it didn’t work, because nobody still knows whether —

CALLER: Yeah. Yeah. And one quick thing, if I may. The Democrats didn’t mind Janet Reno busting into poor little Elian Gonzalez’s house at 2 a.m. and then deporting him back to Cuba.

RUSH: That’s because he was being returned to a decent communist country, which should have happen to every kid. He was going home! He’s getting to get out of America, home to communist country. That was all for the good.