RUSH: To Lakewood, Florida, first. This is Andrew. Thank you for waiting, sir. How are you?

CALLER: Doing very well. How are you?

CALLER: Well, hey, I live in central Florida, and I’m sure you’ve seen in the news about the business we had over the weekend with Attorney General Pam Bondi.

CALLER: She had a bit of a run-in with a handful of thugs who decided that they would take their own idea of justice into their own hands outside the law. I’ve thought for a while now that mob violence, mob action is easily one of the most dangerous forms of tyranny that can infect a civil society. The reason why I say that is because if we had a dictator, you know, show up on our shores with jackbooted thugs and soldiers, they would be universal resisted. They would be overthrown eventually by the American people.

But when anarchy takes hold in a civil society, it is 100% terminal, historically speaking. Now, when the French Revolution happened, they had the Reign of Terror. People were beheaded in mass. There was blood in the streets. The mob ruled. And you know what they got? They got Napoleon Bonaparte. This always ends in despotism; it always ends in death. And that’s what I’d like for the mob to understand. They’re not going to reach a point where their anarchy generates freedom, but they will, in so doing, forge their own chains that bind them.

RUSH: They’re not… It’s an excellent observation. They’re not into freedom. If you… I’m not talking about you. Please don’t misunderstand my tone here. If you think that what these people are mobbing about is freedom, it’s the exact opposite. They want to stifle freedom of people that disagree with ’em.

RUSH: CNN, proving the point that I just made, CNN just convened a panel discussion: “Does Donald Trump only want white people entering the country?” Now, let me just make a point of this. Let’s say that you are an American, and you’re not particularly — although if you watch news today, how can you be casual about anything?

I am more and more asking myself, what is a casual consumer of news? I can picture certain personality types. They turn it on while other things are going on, they catch five or 10 minutes of it while they’re grabbing a bite to eat or on the way out of a house or whatever they’re doing. But there’s nothing casual about news anymore because it’s all agenda oriented. It’s all about pushing the agenda and the agenda is anti-Trump.

So even if you’re just passing through the room and the TV’s on, you see it on, you watch for 10 minutes, how can you not be drawn to it and be drawn out, affected emotionally? So here you’re walking through the house, you’re minding your own business, you’re on the way out, and all of a sudden you see a panel discussion on CNN: Donald Trump only wants white people. And you don’t know anything besides that, “That guy’s a racist. I can’t believe it!”

You get mad and leave and you run around and start telling other people, “I just saw that Trump only wants white people entering the country.” This is how the media is gonna cause some people to get really hurt! I mean, there is no basis for that statement whatsoever!

Donald Trump was never told by anybody he was a racist before he began to seek office, which is the case for most prominent conservatives or Republicans. They were never racist until they were discovered to have some sort of influence with people. But if that’s how they’re gonna portray Trump, then what does it make them?

If Trump is only doing what he’s doing ’cause he only wants white people here, then what in the hell does CNN want? Well, the question answers itself. And folks, do not buy anymore this answer that they support these poor people, disadvantaged people coming up because of their compassion. That isn’t it at all. That’s what they tell people, and that’s how they try to gain support. But that’s not what this is about for them.

This is about destroying the white majority for their political purposes and reasons, because they disapprove and they don’t like the founding of this country to begin with. Obama told us what was going on here. This is the transformation of America. 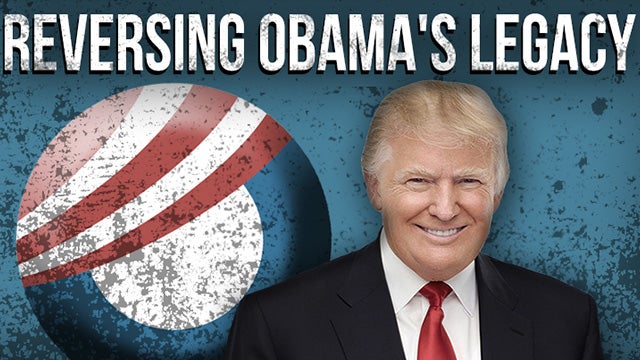 And remember this little book that one of these Rhodes — I never get ’em straight, David Rhodes and Ben Rhodes. One of them worked for Obama; one of them worked for CBS. Whichever one it was wrote the book that worked for Obama. Quotes Obama — they’re driving around in a limousine or something shortly after losing the election to Trump, and this guy Rhodes quotes Obama saying, “Do you think we were wrong? Do you think we were really that wrong? Do you think people aren’t ready for us yet?”

And what that meant was, you think people aren’t ready to admit that they’re a bunch of racist bigots and it’s time to let other people run this place because of the unfairness and the racism that the majority of this country has been exhibiting for all these centuries? Is that quote really supposed to inform us that Obama’s view was that it’s time for a massive invasion of minorities because the citizens of this country who are majority white have got to be taught a lesson?