RUSH: This is kind of cool. President Trump is right now, as we speak, in Mount Pleasant, Wisconsin, at the ribbon cutting for the new Foxconn plant there. Foxconn is the Taiwanese company that assembles iPhones in both mainland China and India, a number of other places. And they’re opening a plant in Wisconsin, 13,000 jobs will be created. I think they’re gonna make LCD screens or any number of sized TV sets and iPad size. I don’t think they got much to do with iPhone production there, but Trump just talked about how brilliant a guy Scott Walker is. 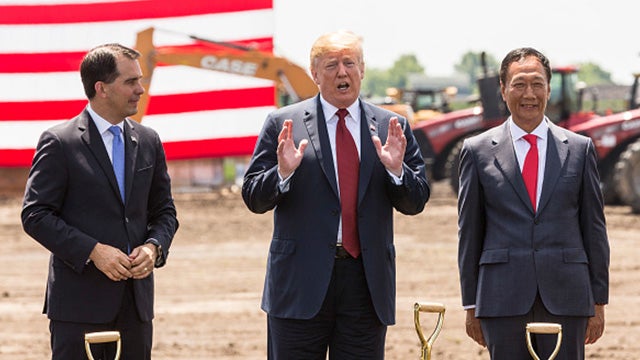 Scott Walker said this would have never happened — Foxconn, nobody would have ever come to Wisconsin to open this plant, 13,000 new jobs — if it weren’t for the Donald Trump. And that is undeniably true. So much of what’s happened in the country that had not happened before in the modern era, recent years. Trump’s making it happen.