Never Trumpers Take It On the Chin

RUSH: You know who’s really, reeeally taking it on the chin about now? And that is the conservative Never Trumper crowd. You know, I haven’t talked about this on purpose, by design, but I’m just gonna mention it here in reference. George Will, before the retirement announcement of Anthony Kennedy, was so frustrated that he wrote a piece suggesting the only hope for America is if all Republicans vote Democrat to get rid of Trump and everything related to Trump. 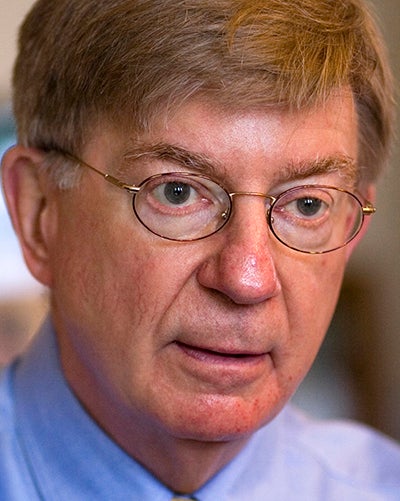 Now, stop and think about that for a minute. That’s almost as off the wall as people on the left are off the wall. That’s in the midst of policies that all of these intellectual conservatives have ostensibly been fighting for their whole lives. Trump is implementing much of what they have claimed to believe in. But maybe they didn’t believe it that much, because as it’s being implemented, they can’t bring themselves to support it because of the guy who is president while it’s happening. Vote Democrat? Give up the Supreme Court?

Give the Supreme Court to the Democrat Party? Give up on the idea of America remaining as founded? That’s the answer to Donald Trump on the Republican/conservative intellectual side? Has there ever been a group of people more wrong about their own party? Maybe, but I can’t think of it. Good grief! If there’s ever a bunch of people that ought to be humiliated and embarrassed, it is the faux intellectuals on the Never Trump side of conservatism. All the predictions of Trump failure, all the predictions of disaster, not a single one of them have come true — and in fact, it’s been just the exact opposite.

They’re pulling it off.