RUSH: Here are the top two picks (supposedly) for the Supreme Court, at the top of President Trump’s list. Now, the story comes from The Daily Caller — and this, of course, is the website created by Chatsworth Osborne Jr., who has now recused himself from it since he’s hosting the 8 p.m. show on Fox every night. But according to the Daily Caller, “Multiple sources” familiar with the process say that Amy Barrett and Brett Kavanaugh are front-runners to replace Anthony Kennedy on the Supreme Court. 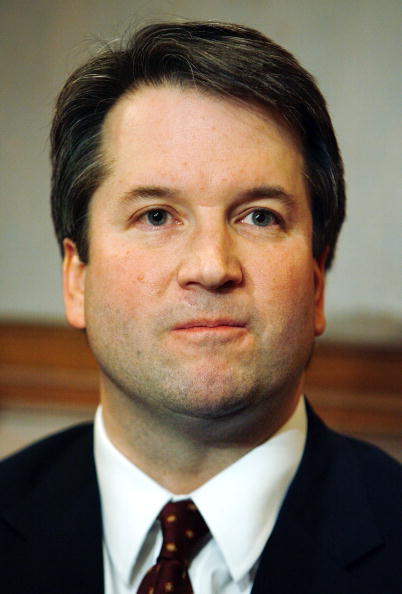 “Sources involved in the process say an anti-Kavanaugh whisper campaign” is afoot, and that the president has heard about it. Now, I, of course (as you would expect), know what that “whisper campaign” is about, and it happens to be about Obamacare. The whisper campaign circulating about Brett Kavanaugh simply is it was Kavanaugh who told John Roberts how to save Obamacare, that Kavanaugh firmly believes that there is a constitutional way to mandate the American people buy something. This story comes from the… (muttering) Yeah, wouldn’t you know it, the website doesn’t…

I think this may actually be Daily Caller as well. “How Potential SCOTUS Pick [Brett] Kavanaugh Wrote a Road Map for Saving Obamacare.” The story is by a writer named Christopher Jacobs. “Which is worse…?” Let me… Before… The Federalist! There you go. The Federalist. I’m sorry. You know, when you use the Apple Reader Safari setting, sometimes it will eliminate the Web link that the story is in, so you don’t know unless you make a mental note and sometimes it eliminates the name of the writer.

I don’t know why. One of those software quirks. “Which is worse,” is the subhead, An unelected judge opining on how a mandate to purchase a product could meet constitutional muster, or giving Congress instructions on how to ensure it will? [Brett] Kavanaugh did both.” This is the “whisper campaign” that’s out there trying to destroy Kavanaugh, and it could be legit. (sigh) The long knives are out from people from all sides of the aisle, folks.

I’m sure that there would be Republicans and so-called conservative intellectuals who’d try to undermine certain Republican so-called conservative nominees. The Democrats clearly will do the same. So it’s gonna be up to Trump and his team to properly vet this, but here’s the scoop on Kavanaugh: “In a 2015 dissent to an Obamacare case, Supreme Court Justice Antonin Scalia famously opined that the court had concluded ‘that this limitation would prevent the rest of [Obamacare] from working as well as hoped. So it rewrites the law. … We should start calling this law SCOTUScare.'”

Roberts didn’t want to be the chief justice of the Supreme Court which denied the first African-American president his signature piece of legislation. So they rewrote it to make it constitutional, and Scalia referenced that in his dissent by saying “‘that this limitation would prevent the rest of [Obamacare] from working as well as hoped. So it rewrites the law.” He accused the majority, the chief justice of rewriting the law.

“Some observers have claimed that Kavanaugh, in a 2011 opinion written when the D.C. Circuit considered Obamacare’s constitutionality, supported the law’s individual mandate. As in many other cases, however, the truth contains more nuance than that simple declaration. Even as he avoided a definitive ruling on the merits of the case, Kavanaugh revealed himself as favorably disposed to the mandate. Worst of all, in so doing, he cultivated a theory that ultimately led Chief Justice John Roberts to uphold the mandate. 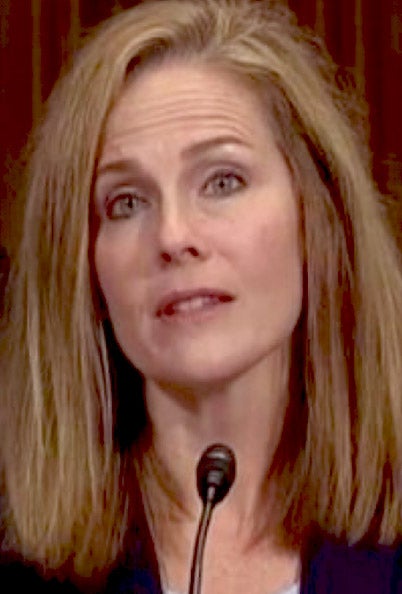 “Most of Kavanaugh’s opinion discusses interpretations of statute that hardly qualify as an enlightening discourse of constitutional principles. Whereas his two circuit court colleagues upheld the mandate as a valid exercise of Congress’ power under the Constitution’s Commerce Clause, Kavanaugh ‘dissent[ed] as to jurisdiction and [did] not decide the merits.’ Kavanaugh’s dissent arose from his belief that the 1867 Anti-Injunction Act precluded the court from deciding the merits of the individual mandate,” which is the route that Chief Justice Roberts took in massaging Obamacare to make it constitutional.

We all remember this.

The whisper campaign is that Kavanaugh provided the “roadmap” for Chief Justice Roberts to uphold the constitutionality of Obamacare. So we’ll see where this goes. Clearly, there is an effort to keep Kavanaugh off the bench, to keep him away from being nominated. Whether this is accurate or not, time will tell. The other nominee is Amy Barrett. You know, a lot of people are in favor of Trump nominating a solid conservative woman on the basis it will be much tougher to reject her. Do you buy that, Mr. Snerdley? (chuckles) I don’t either.

I know! Where the left is concerned, they’re not gonna be… Show me where they back off of conservative women now! They don’t. In fact, they hate conservative women even more than conservative men. They consider them the utmost, biggest traitors to the whole feminist cause. So sources involved in the process say the anti-Kavanaugh whisper campaign’s been underway since the news of Kennedy’s retirement broke, and the potential nomination of Amy Barrett… A lot of people like her, by the way, just to toss that in. So that’s the latest on the Supreme Court nomination. Again, The Daily Caller is the source authority on that.

RUSH: Here’s a story by Michael Tamasky or Tamasky, however he pronounces it. This story is in The Daily Beast. “Anthony Kennedy, You Are a Total Disgrace to America.” This guy is Borking Kennedy on Kennedy’s way out the door. Normally you Bork a nominee to keep him off the court. This guy, Tamasky, is Borking Kennedy because he has the audacity to leave.

I happen to think — you know, I should not say. I’m getting hamstrung here. I’ve got CNN now taking some of the things I say that are helpful, instructive to Democrats, and they’re airing those clips for Democrats to react to. I was gonna make a comment about Kennedy and Trump, but I’m telling you, it might make more sense for me not to say it. (interruption) Yeah, I know. And it’s just an opinion. I don’t know anything. But if I say it, it may lead to an investigation. (interruption) Well, they investigate anything for no reason whatsoever.