Go Ahead and Drink Eight Cups of Coffee

RUSH: How many of you are of the belief that coffee is a killer, that coffee does bad things to your heart, that coffee hardens the arteries? All of this stuff has been said over the years. Same with oat bran. It’s been good for you; then it’s a killer. You know, every week for a while there, for a number of years, there was some health scare from a natural-occurring food. Well, guess what? “Go ahead and have that cup of coffee, maybe even several more. 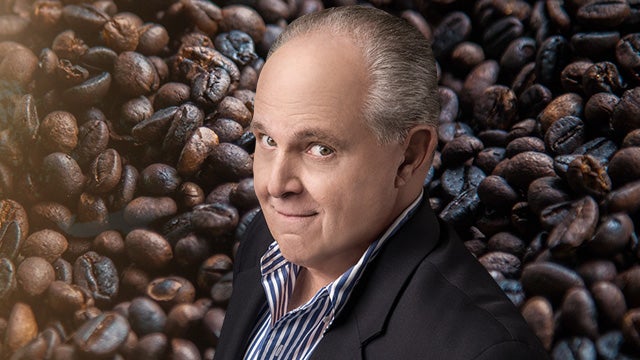 “New research shows it may boost chances for a longer life, even for those who down at least eight cups daily.” If you drink more, it could make you live longer. Some people out there now say that nicotine is something that guards against Alzheimer’s or maybe Parkinson’s, I forget which. “In a study of nearly [500,000] British adults, coffee drinkers had a slightly lower risk of death over 10 years than abstainers.” So they have 500,000 people, they determine which of them drank coffee and which didn’t. Those who drank coffee had a slightly lower risk of death.

Of course, these are stats, and you can do anything with them. My favorite example is what you can do with carrots. For example, do you realize that everybody who has eaten carrots has died within years of doing so? Do you know how many automobile accidents occurred after people included carrots in their most recent meal? You see what you can do with this stuff. So every day we’re treated or every week now we’re treated to some new magical health revelation, and people follow it. For the longest time, how many people believed that drinking wine helped you lose weight? That there was something in red wine that sped up your metabolism, or something in red wine that made your heart healthier, but it had to be from France.

Who do you think was behind that one? It could have been the French wine industry that could have been behind that. And they were all saying, “Well, yeah, but look, look at the French. All we do is we eat fat, we eat bread, we eat cheese, have wine, and you don’t find very many fat French people.” So people would say, “Yeah, yeah.” And then 60 Minutes got hold of it and they even did a story about it.