A Tiny Minority Turned Out for Alexandria Ocasio-Cortez

RUSH: Here is Mark in Vienna, Virginia, as we head back to the phones. I’m glad you called. Great to have you with us.

CALLER: Hi, Rush. How are you? Third-time caller, longtime listener. 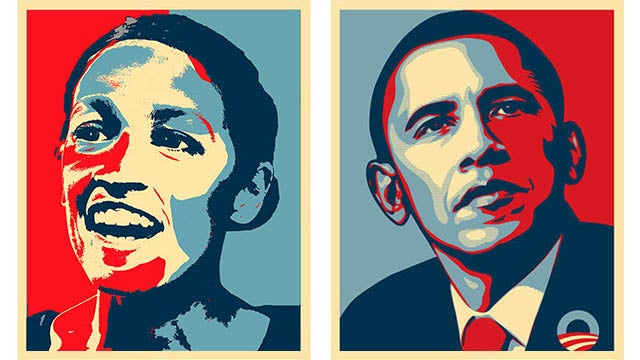 CALLER: I was calling because I was listening to your show yesterday, and you had a number of different best-of segments. And one of those segments discussed the Ben Rhodes strategy of, while they were trying to advance the Iran nuclear deal, they essentially were feeding all these young reporters whatever they wanted them to say or tweet and they essentially would just regurgitate it. And he was essentially mocking these reporters because they were so young, they were 27, 28-year-olds, but they had no life experience, and they didn’t know anything.

Well, after I was listening to your show, it reminded me of this woman who just won the New York primary in New York 14, this Alexandria Ocasio-Cortez. She’s exactly like that. And this woman has an undergraduate degree, she’s 28 years old, I believe, she’s been working for a few years as a bartender-waitress, and that’s her life experience. She really knows nothing. She’s exactly like the type of people that Ben Rhodes was mocking because they were so naive. And yet because this woman wins this primary, the Democratic Party is literally turning itself inside out —

CALLER: — she won one primary election.

RUSH: She’s absolutely brilliant, Alexandria Ocasio-Cortez, brilliant, the new face of the Democrat Party. Now, let me just tell people, Ben Rhodes was Obama’s, one of his national security guys. He was instrumental in putting the Iran nuclear deal together and much like the guy who did Obamacare for Obama, afterwards he remarked on how easy it was to lie to the American people about Obamacare. Rhodes was doing the same thing. How easy it was to lie about the deal because reporters just bought everything we told ’em and practically reprinted it verbatim, retweeted it, wrote it, whatever. You’re exactly right. I’m glad you heard that segment. 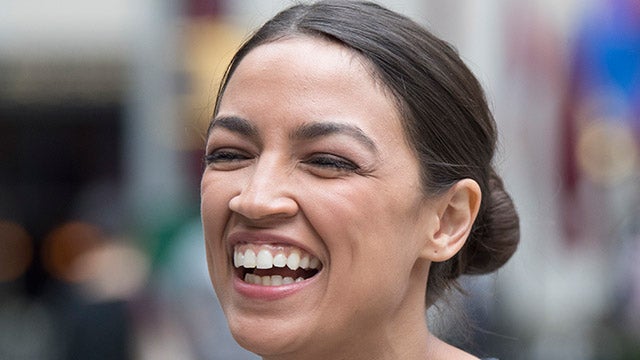 CALLER: It’s just amazing that the Democratic Party is literally turning itself inside out now because of this one primary election. And I don’t know what the numbers were in terms of the turnout, but it can’t have been very large in an election where —

RUSH: It was a sizable — she beat this dinosaur by like 15 points, and the polls had him winning by 35. It was a shocker, there’s no question.

RUSH: The turnout in the election of Alexandria Ocasio-Cortez was under 20%. The caller was right. The turnout less than 20%. That was easy pickings for some dedicated Democrat socialist to take over some district. That’s easy.

RUSH: So, yeah, the turnout in that race won by Alexandria Ocasio-Cortez was under 20%. Folks, do you realize that if this clown, Crowley, had just got his base out, that this whole thing would not have happened? She wins this election with less than a 20% turnout. Our caller was right. The Democrats are going bonkers thinking this is the new wave in the Democrat Party.

And if Crowley, the incumbent, if your standard, ordinary, everyday Democrats, I know they’re a dwindling few, but if they had just shown up. But look at this. There’s another thing about this. We’re constantly told the Democrats have all the enthusiasm, right? The Democrats, they’re chomping at the bit! They can’t wait to get rid of Trump!

Now, I know Trump was not on this ballot. I know this was a primary. And I know it was just Ocasio-Cortez versus Crowley. But where was all this Democrat enthusiasm? I’ll guarantee you that Crowley’s voters thought he was a shoo-in because he’s the kind of Democrat that wins elections with nobody voting anyway. Just one of these guys for whom the seat has been eternal and expected.

But here comes this socialist-Marxist exciting a small percentage of that district and they’re the ones that showed up and turned out. But even if they get a hundred percent turnout of all the socialist-Marxists, that’s not gonna be enough to take back the House of Representatives. So they are, I think, what do you say, lying to themselves, fooling themselves. But it’s why the Democrats are concerned.

It’s not just that the Pelosi and the Schumer types would rather have their Marxism and socialism camouflaged. It’s not just that. It’s that they know that that wing of the Democrat Party in terms of raw numbers is really tiny. Not enough to win a national election, I mean, not even close. So you have a turnout of less than 20%, the seat turns, and now everybody’s talking about how this is a revolution in the Democrat Party? Give me a break. What it’s gonna end up doing is dividing and fracturing the Democrat Party.