RUSH: This is The Daily Wire. “Pro-Abortion Women Start ‘Sex Strike’ To Save ‘Roe v. Wade.” My question is this: Will anybody notice if these babes stop having sex? Will anybody notice? Maybe Harvey Weinstein, but beyond that, would anybody notice that these women are having a sex strike? And what is this? A sex strike to save Roe v. Wade? I’m trying to figure out how this actually works. 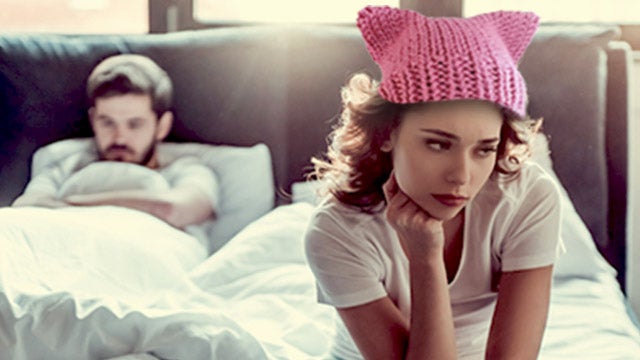 Martin Sheen and Alec Baldwin have offered a tremendous sacrifice. A 24-hour food strike to protest Trump’s immigration policy. Twenty-four hour food strike. Martin Sheen is the guy that used to kick homeless people off of the sewer grates in Washington during the height of the homeless problem in the late eighties, early nineties, and sleep on the sewer grate himself while the homeless person froze to death somewhere so that he could show solidarity with the homeless. Now a 24-hour hunger strike? I mean, that’s not even a good gastrointestinal cleanse!

RUSH: You think I’m making this stuff up. Look at this. This is just in from Yahoo News. Headline: “Women encouraged to go on dating and sex strikes as a protest against threats to Roe v. Wade. This is a follow-up story to the Daily Wire story here about pro-abortion women start sex strike to save Roe v. Wade.

It is spreading here. “Justice Anthony Kennedy’s announcement that he’ll retire from the Supreme Court this summer has sparked new concerns that a second Trump appointee could help overturn Roe v. Wade. While politicians consider whether or not they’d support a nominee who opposes the 1973 decision that legalized abortion, some women have a strategy to drum up support for a woman’s right to choose: the #Lysistrata2018 movement. 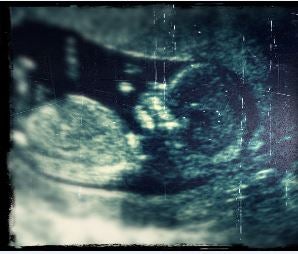 “Named after Aristophanes’s ancient Greek comedy Lysistrata, in which women refuse to sleep with their warring husbands –” This a comedy, remember. That really wasn’t the case. Warring husbands are the ones that got all the sex. As it’s always been. The wusses, you know, they’re left to look and that’s about it.

Anyway, “this is the brainchild of political journalist Jennifer Wright who suggested that single women stop dating and having sex with men expressing anti-abortion views.” This is exactly. It’s confirming everything I just told you in the first half hour of this program.

RUSH: By the way, I should mention that all of this sex strike advocacy, women are being encouraged, not just sex strike, but dating. You know, don’t date, don’t have sex with any guy who is not pro-choice, opposes abortion and so forth. This actually is a movement aimed only at single women. According to all available data, married women gave up sex a long time ago, so they’re not even a factor here. This is strictly a movement aimed at single women.

RUSH: Kitty Hawk, North Carolina. This is Mario. Mario, welcome. Great to have you with us, sir.

CALLER: Great. How are you doing today?

RUSH: Thank you. Great for calling.

CALLER: Thanks. Just calling to try make a quick point on the sex strike from the females that are protesting Roe v. Wade possibly being turned over. And I feel like the perfect irony is that from a pro-life point of view, you know, abstinence is a great choice. If you don’t want to have to have the choice of having an abortion, abstain from sex.

RUSH: Yeah, I was thinking the same thing, Mario. You know what, abstinence works every time it’s tried.

RUSH: Do you know that? It works every time it’s tried.

RUSH: If you are a modern era “with it” gal, if you are on the cutting edge of women and you’re running around and you’re gonna have this sex strike, you’re not gonna have sex with anybody who is not in favor of abortion. Why have sex anyway? It seems like you’re doing everything here from a backwards perspective in the way they’re thinking about this.

CALLER: Well, I feel like everything that a leftist does is about a shortcut to thinking in the end. But in this instance it’s actually a perfect solution to their problem.

RUSH: Well, it’s the politicization of sex and notice who is doing it. It’s the left. And equating everything with politics. But, yeah, I know. This sex strike is actually the perfect solution to a problem. Women who want to have abortions not having sex. A, without having sex, you’re not gonna have an abortion unless they want to. And that opens a door that we don’t want to walk into right now. But, anyway, that’s a great observation. I was thinking the same thing myself. Abstinence works every time it’s try. I mean, it has a 1,000 percent success rate.