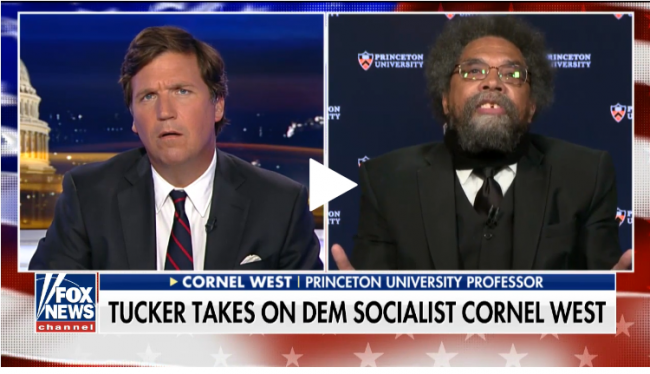 And what do you think Cornel West’s answer was to the question, if socialism is so great, why can’t you find toilet paper in Venezuela? What do you think his answer was, Mr. Snerdley? Exactly! The reason socialism and communism have failed everywhere to date is that the wrong people have tried it.

The reason why utopia hasn’t happened is twofold, we haven’t had enough money, and the right people haven’t been in charge. But that’s not really the point here. And people asking for my analysis on this are keen, I think, because they’re aware that my analysis will go much deeper than just the surface. Because there is a legitimate question to ask here.

So you ask an avowed socialist like Cornel West, you point out to him that the current, most obvious iteration of failed socialism is Venezuela, and you ask him to explain if it’s so obviously a failure, and if it hasn’t worked anywhere, why do you still advocate for it? You see, that’s the real question. Not just that it’s failed in Venezuela. It’s failed everywhere. Socialism has failed in its promises, by the way. Not just in reality.

Socialism, communism promise a utopia. They promise eternal happiness and contentment, equality, sameness, no discrimination, no stress, pretty much. And it hasn’t happened anywhere. Not only has it not happened on paper, it hasn’t happened in real life. And so the question is, with socialism such an obvious failure, why does it still have advocates? And that is a great question, with the pure evidence throughout human history of the failure of socialism to create anything like a utopia.

Socialism does not create prosperity. Socialism does not provide the means to increase production and create wealth and elevate standards of living. It doesn’t do any of this for most people. But it does do that for a very select few. And so the answer to the question, why do people — just to pick a name of someone most recently seen to TV advocating for it, Cornel West, but take any college professor or any left-wing liberal Democrat advocating for socialism — and, by the way, now they’re doing it by name. Now on the left they’re getting so bold and so brazen, they don’t think they need to mask it anymore. And they’re dead wrong.

The polling is running entirely away from them on this. For some reason, their belief that Trump is failing and that everybody hates Trump is making them confident now that they can shed the camouflage and be openly socialist and openly communist, and it’s somehow gonna attract all kinds of people. But the reason people like Cornel West and other prominent people continue to advocate it, is for them it would be panacea.

For the leaders in socialism, it’s everything, including unlimited power over the people beneath you. Socialism and communism has an incredible, intriguing draw to people who are authoritarians and elites, who envision themselves as part of a very small, exclusive group of people that would lead any socialist country or arrangement.

Because they cannot point to a success anywhere in the world; they cannot even get close. All they can do is hold themselves out as the ones we have been waiting for, and it’s always the people at present alive who can make this magic utopia happen.

Do you realize how near — “criminal” may be too strong a word, but it’s not far off — how near criminal it is for these advocates of socialism to knowingly brainwash a bunch of young skulls full of mush into supporting, when they know it is not going to accomplish any of the promises that were made since it’s been invented.

It’s gonna create a life of unparalleled wealth for the select few that end up being leaders or members of the exclusive club at the top, the elites, they’re gonna make out like gangbusters because they get to collect whatever they want from all of the people, calling it taxes or fees or what have you.

Because of their power, they have access to the treasury, they have access to the power. But more importantly, what really, I believe, excites these advocates for socialism is the power, the abject power they will have over other people. So this advocacy for socialism and communism is not just a bunch of people intellectually wrong. It’s worse than that. It is much worse than that. It is people who know that they’re promising nothing. People who know that they’re educating and promising these kids things that can never happen, have never happened, and will never happen under socialism. And they’re doing it for their own personal benefit.

Whereas intellectual honesty and rigor would require of these college professors that they teach that socialism is an ongoing failure, that it has never worked, and that none of the promises come true. The promises of equality, nondiscrimination, no stress, contentment, happiness, everybody has what they need, everybody gets what they want, nobody has more than anyone, none of that ever happens, it never has happened, and it can’t. It’s impossible. What does happen and what can be guaranteed with socialism and communism is loss of freedom and the encroaching poverty that takes over a country as it is plundered by the leaders who have advocated for it.

And it would be no different than if the advocates for it today were to succeed in pulling it off. They could turn the United States into Venezuela. They won’t. Because they’re nowhere near winning enough power to do it. But they could do it if they had the power for long enough. And they wouldn’t mind. Because even in Venezuela people at the top of the list there, they have toilet paper, and they have air-conditioning, they have whatever they need, whatever they want. It’s 99% of the people that don’t.

RUSH: Okay. Here’s the Cornel West sound bite, or one of them, when he was on Chatsworth Osborne Jr.’s show last Friday on Fox. The question from Tucker Carlson, “What happened to Venezuela? They call that Democrat socialism, but they don’t even have toilet paper, and it’s less equal than ever.”

Now, here’s Cornel West. He’s a Harvard professor. He’s been at Princeton, an avowed socialist. He has gone out there with Tavis Smiley I think on an end poverty tour in America. I don’t know how that ended up. Is there still poverty out there? See, that must not have been great shakes. But he tried, give him credit, went on anti-poverty tour, made some speeches. (interruption) It was? Oh. That’s right, the anti-poverty tour was actually an anti-Obama tour, according to Cornel West, ’cause he wasn’t left enough for them.

Cornel West is not considered by the Obama erudites as presentable. You know, you have him to the White House, what’s he doing here? And Cornel knows this. So he had it in for Obama, is a social thing. So he and Tavis Smiley started this nationwide thing to end poverty. Of course, poverty is still out there. But they gave it a good effort. So here he’s now advocating for socialism and answering the question if it’s so great, so wonderful, then why is Venezuela, Venezuela?

WEST: But part of the problem is, though, brother, is that anytime there’s been attempts of ordinary people to engage in self-determination they can get crushed by external nations, look at U.S. policies toward Venezuela has been very, very ugly. Nicaragua in the same way. We saw that in so many other instances where countries try to engage in self-determination and they either get crushed, they either get coerced and they end up often times responding to that kind of authoritarian treatment.

WEST: So we never had a chance to really pull it off, so it’s only been a movement so far. It’s an attempt to resist the greed at the top; the racism, the sexism, the homophobia, the various ways in which human-manity is violated rather than affirmed.

RUSH: Gee whiz. This guy, you’re paying 60 grand a year to send your kid to Harvard to be taught by this guy. “Human-manity,” the various ways in which human-manity is violated. This guy is saying the reason socialism fails is because the United States goes in and crushes it like in Venezuela and like in Nicaragua. They tried to engage in self-determination down in Venezuela but we came in and blew it up. 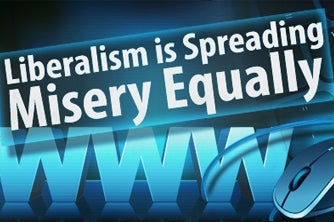 So the leaders of Venezuela — see, the socialism leaders, communist leaders are never responsible for what happens to their people! It’s always the fault of the United States. And you may laugh at this, but this is what he’s teaching kids! And he’s not the only one.

So the only thing that needs to happen is for bright socialist leaders that will stand up to American power. So when you establish a socialist paradise wherever you do it — and here comes the U.S. to try to squash you — you need people that gonna stand up and tell the United States to leave and go to hell. Of course, what the United States is doing in such circumstances is attempting to liberate people from the oppression of socialism and communism when it happens.

But this is how this gets distorted. Socialism, communism, they’re working great, leaders are doing great things for their people, and all of a sudden here comes the United States, usually led by a racist, sexist, homophobic Republican violating human-manity rather than affirming human-manity.

And so all of these countries, they try to engage in self-determination, they get crushed, they get coerced, they end up oftentimes responding to that kind of authoritarian — Socialism fails because it fails. It’s impossible for it to work. Communism ditto.

But he says here, see, we saw that in so many places, we just haven’t had the right people yet. We never had a chance to really pull it off. It’s only been a movement so far. We haven’t really established. Oh, no, Cornel, it’s still in place in Venezuela; it’s still in place in Cuba. Anyway, I wanted you to hear that from his own words.

RUSH: So Cornel West says that the U.S. is destroying socialism. If that’s true, why do all those people want asylum here? Hmm?