RUSH: Now, folks, here is another thing, another story that I’ll bet you didn’t see and you may not have heard about. Some of you may have. It dates back to January. It’s a Harvard research study. The version of this I have is in The Federalist, January 22, 2018. How many of you believe that the left is successfully conducting a War on Christianity and that the number of people in this country who say they’re Christian and practice Christianity is declining? Probably a lot of you are raising your hands right now.

“Oh, yeah, Rush! I see it every day. People are abandoning religion, leaving religion, leaving morality. Christianity is up a creek, ’cause it’s the only religion you can make fun of.” If you think that, you’d be wrong, at least according to this. “New Harvard Research…” Again, back in January, so we’re about seven months ago. “New Harvard Research Says U.S. Christianity Is Not Shrinking, But Growing Stronger — Is churchgoing and religious adherence really in ‘widespread decline’ so much so that conservative believers should suffer ‘growing anxiety’?” 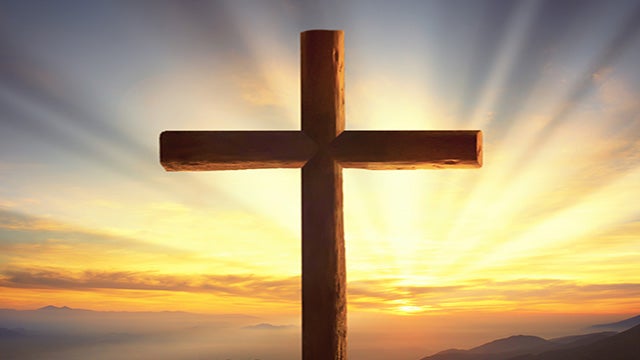 “Absolutely not. ‘Meanwhile, a widespread decline in churchgoing and religious affiliation had contributed to a growing anxiety among conservative believers.’ Statements like this are uttered with such confidence and frequency that most Americans accept them as uncontested truisms. … Religious faith in America is going the way of the Yellow Pages and travel maps, we keep hearing. It’s just a matter of time until Christianity’s total and happy extinction, chortle our cultural elites. Is this true? Is churchgoing and religious adherence really in ‘widespread decline’ so much so that conservative believers should suffer ‘growing anxiety’?”

According to this Harvard research: “Absolutely not. New research published late last year by scholars at Harvard University and Indiana University Bloomington is just the latest to reveal the myth. This research questioned the ‘secularization thesis,’ which holds that the United States is following most advanced industrial nations in the death of their once vibrant faith culture. Churches becoming mere landmarks, dance halls, boutique hotels, museums, and all that.

“Not only did their examination find no support for this secularization in terms of actual practice and belief, the [Harvard and Indiana University Bloomington] researchers proclaim that religion continues to enjoy ‘persistent and exceptional intensity’ in America. These researchers hold our nation ‘remains an exceptional outlier and potential counter example to the secularization thesis.’ What Accounts for the Difference in Perceptions? How can their findings appear so contrary to what we have been hearing from so many seemingly informed voices? 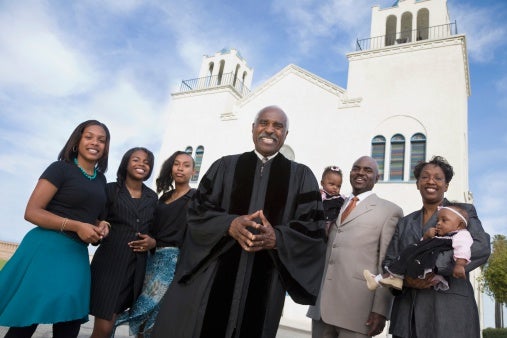 “It comes down primarily to what kind of faith one is talking about. Not the belief system itself, per se, but the intensity and seriousness with which people hold and practice that faith. Mainline churches are tanking as if they have super-sized millstones around their necks. Yes, these churches are hemorrhaging members in startling numbers, but many of those folks are not leaving Christianity. They are simply going elsewhere. Because of this shifting, other very different kinds of churches are holding strong in crowds and have been for as long as such data has been collected.

“In some ways, they are even growing. This is what this new research has found. The percentage of Americans who attend church more than once a week, pray daily, and accept the Bible as wholly reliable and deeply instructive to their lives has remained … constant for the last 50 years or more, right up to today.” It isn’t fading away. Now, to how many of you is this a shocking surprise? How many of you believe otherwise? I don’t know, but I would venture to say a lot of you do, simply ’cause this is what you hear. I mean, it’s everywhere.

Of course, the forces of anti-religion — which is the American left — are famous for pushing this. They want you to lose faith. They want you to be laughed at if you’re religious. They promote you feeling degraded and marginalized, because your faith is a competitor to theirs, and yours is much stronger and much more real, and they’re threatened by it. Plus, your faith helps to define morality and virtue and holdings on to certain traditions and institutions that have defined this country and its greatness — all of which they are trying to tear down.

Their failing to do it. Even though the media helps perpetuate the myth that Christianity is fading away, falling by the wayside (Catholicism in particular), it isn’t happening. You probably didn’t see this. Probably give a wide berth because mainstream media wouldn’t touch it. It flies in direct contravention of their narrative each day, that America is changing and transforming. But this is why they continue to laugh at you and make fun of Christians and Christianity and religious devotion, and it’s always going to happen.

They’re not gonna let up on it because you are competitors.