Where Are the Collusion Charges Against Manafort?

RUSH: Do you believe these people are really going batty over Trump meeting with Putin? I mean, this is breathtaking to me to watch. Trump meeting with Putin is a sign of collusion, and yet Robert Mueller, in his case against Paul Manafort, who is in solitary confinement 23 hours a day, Mueller will not present evidence of collusion at Manafort’s trial. What is this? No evidence of collusion? You might be saying, “Well, that’s not a shock, Rush. The stuff that Manafort’s been charged with all happened before Trump was campaigning.” That’s true. But I’ll tell you why this is significant. 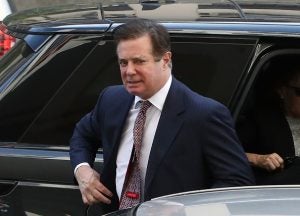 Manafort was accused in the Trump dossier, folks. Carter Page, Manafort were all named and accused in the Trump dossier written by Christopher Steele for which a FISA warrant was procured! So Manafort was, in the FISA application, thought to have participated in this collusion with Trump. If Mueller is not going to present evidence of collusion at the Manafort trial, and his own court documents say so. This is not a leak.

Well, then, there must not be any evidence. I mean, this is it. Mueller wouldn’t be skating on this and saving it for Trump if he had Manafort colluding. That would be number one on the list. There isn’t any evidence for collusion and yet these Democrats are having a cow over the fact that Trump is gonna have a summit meeting with Putin. They are losing their minds each and every day, and they are about to run out of excuses other than themselves for Trump having won. Putin, collusion, obstruction, what have you.

And it isn’t gonna be long before they start blaming themselves. And the first thing that’s gonna happen, if Hillary gets serious about running, you watch. There’s gonna be some defections and some people on the left who don’t want her to run because she’s a guaranteed loss are gonna start blaming her for Trump being president, for a lackluster campaign, lackadaisical campaign. You watch. This is all gonna happen. It has to.

RUSH: New York Magazine, latest… I think it’s a cover.  “What if Trump Has Been a Russian Asset Since 1987?”  It’s by a prominent leftist named Jonathan Chait.  It’s insane.  I’m telling you, they’re losing their minds.  They’re upset that Trump’s making a big show out of his selection tonight too.