RUSH: I’ve been looking for ways to explain net neutrality. The left is off on this again, because Kavanaugh has written that net neutrality is unconstitutional and undesirable, and the left — particularly young, Millennial leftists, who consider themselves to be tech aficionados and stars — are practically in tears since it was discovered that Kavanaugh opposes net neutrality. They’re saying, “This could kill it forever! This could kill the free and open internet forever!” Can I tell you how stupid this is?

The free and open internet is what we had up until 2013 or ’14 with Obama. We didn’t have any regulation of any consequence. We had a free and open internet that allowed it to become exactly what it is. There hasn’t been any regulation, and it has blossomed and bloomed, and it has become a most amazing financial and creative engine. So Obama comes in and slaps what are called “net neutrality” controls on the internet for a couple of years. I mean, it didn’t last more than two, three years. Now it’s been done away with since Trump won the White House. 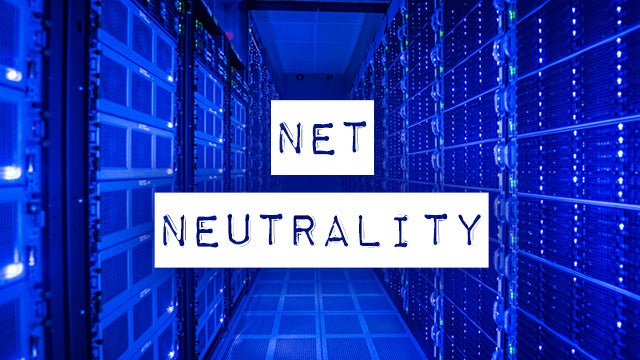 And these little tech people are running around like it’s the end of the world. This is genuinely stupid. I don’t know another word to describe it. The free and open internet that they so claim net neutrality is needed to ensure is exactly what we had prior to net neutrality! What net neutrality is… Here’s the best way to explain it. Since learning how Facebook and Twitter are banning conservatives and conservative sites, how many of you are happy with that? How many of you think that’s fair?

How many of you know websites who decided to rely on Facebook for their distribution? Rather than invest in their own infrastructure and build up their own website, they decided to take advantage of the opportunities Facebook offered, and they established online businesses via Facebook. And then all of a sudden Facebook decides that some of these sites are violating privacy rights and free speech rights. They’re too controversial; they’re too extreme. You know as well as I do that Facebook and Twitter are identifying conservative sites and conservative content, and they’re getting rid of it, right?

Well, that’s exactly what net neutrality is all across the internet, not just Facebook. And it gives the government power to do that. And that’s what all these little tech bloggers and others want. Leftists want the power to punish their enemies. Leftists want the power to deny access to their enemies. That’s why they like net neutrality. With somebody like Obama or “Steak” Mignon in charge of it, they think that Republicans and conservatives are gonna be punished and limited., and that’s really why they like net neutrality.

So if you think Facebook targeting conservatives and Twitter targeting conservatives is good, well, then you should be right in there supporting net neutrality. Because what net neutrality would result in is the government having the power to dictate content, to eliminate content based on whatever factors it wanted to invent. Under the guise of fairness and anti-hate, anti-bigotry, all the usual ways they stymie conservative expression now on Facebook and Twitter and some of these other sites, net neutrality essentially would give the government that much regulatory power.

So it’s a damn good thing that it’s bitten the dust. We don’t need that kind of government regulation of American communications. We simply don’t.