RUSH: We have Casey in Sandpoint, Idaho. Glad you called, sir, I appreciate your patience in waiting. Hello.

CALLER: No problem. Thanks for taking my call, Rush.

CALLER: Yeah. So I think one of the many things that they’re also trying to do right now is undermine Trump’s Supreme Court nomination with this and what I mean by that is I think they’re giving cover to people like Murkowski, Susan Collins, Jeff Flake, red state, their blue state Democrats like Joe Manchin and giving them an excuse saying Trump’s too erratic, he can’t even decide what he’s doing with this whole Russia narrative, and, you know, we need to take more time and analyze this before the midterm elections. I think they’re just trying to run out the clock and hope —

Here’s another little detail you might like to know. The story is from the Washington Free Beacon. “Liberals Send Female Senate Democrats ‘Pee-Proof’ Underwear to Oppose Trump’s SCOTUS Pick.”

You heard me right. 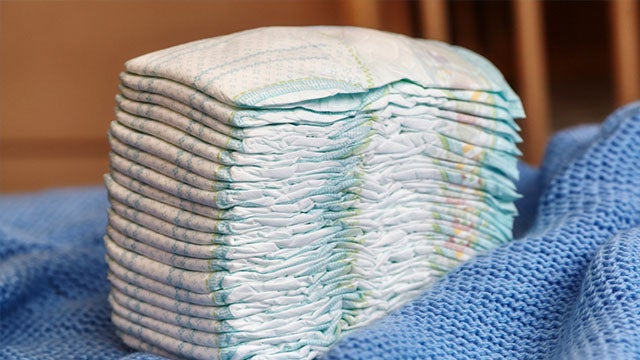 So you’ll no longer feel stigmatized by having your period when you’re railing against Kavanaugh. You’ll no longer feel stigmatized by having to urinate while you’re standing up there and reaming Kavanaugh. Wear our leak proof underwear and go ahead and oppose Kavanaugh all you want and leak all you want and nobody will ever know because of our underwear. You will not have to abandon your filibuster. You will not have to leave the floor of the Senate. You can pee or bleed or leak at any time you want as long as you continue to savage Kavanaugh.

(interruption) What? I don’t know what color. You’re asking me? Let’s see. Oh, here’s more advertising lingo. The special go-ahead-and-leak-in-it underwear “will help them ‘protect women’s rights’ by blocking Kavanaugh’s appointment, according to the press release. The ‘Endurance Packages’ include one pair of Icon ‘moderate absorbency underwear,’ which holds between six and eight teaspoons of urine.”

Look, you can get mad at me, folks, but this is the news in the Washington Free Beacon because of a press release from these two companies whose products are being purchased by liberal donors and being sent to Democrat senators, female senators. So the Endurance Package, moderate absorbency underwear, holds between six and eight teaspoons of urine. “A pair of Icon’s Hi-Waist underwear retails for $39. The company explains how the product works,” And I’m quoting here from the advertising brochure. “Pee goes in. You feel dry. No leaks. No smell. Rinse. Repeat.”

See, you can filibuster and pee and leak all day long with our absorbent underwear, as long as you continue to savage and destroy Trump’s Supreme Court nominee. You know, I think sending one of these to Patrick “Leaky” Leahy might be a public service. Maybe even Pencil Neck Schiff. There’s a lot of Democrat male senators that I can see wearing female underwear for this express reason. Pee goes in, you feel dry, no leaks, no smell, rinse, repeat, destroy nominee.

RUSH: I’ve been asked in the email, a couple of people via email have asked me not to mention pee-proof female underwear while the Russians are meddling in our elections. I get it. But I thought you at least needed to know this is one of the techniques the Democrats are using to defeat Kavanaugh, to make sure the women don’t have to leave the floor, the chair, or wherever they happen to be.