RUSH: Want to hear something funny? Jeff Glor, who is a CBS info guy, interviewed Trump yesterday. Jeffrey Toobin at CNN thought that it was pathetic. Grab audio sound bite number 10. This is on Anderson Cooper’s post-presidency show last night on CNN where he’s talking to Toobin about the CBS interview.

TOOBIN: Good Lord, what a pathetic interview. I’m sorry. I mean, like – he didn’t ask — I mean, to – you know, I would expect that from Fox News. But the fact that Jeff Glor sat there and let him say all that stuff without following up, without saying, you know, “Why didn’t you raise that with Putin?” I mean, I just thought that was such a missed opportunity. 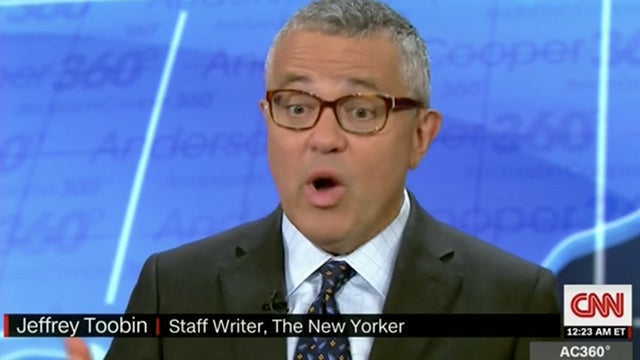 RUSH: They’re turning on each other now. (imitating Toobin) “That was pathetic. He didn’t even follow up. He didn’t even ask Trump if he’s a special agent for Putin. He didn’t follow up on anything. That would have happened on Fox News.”