“Treason” Not Working for Dems, Poll Shows Nobody Cares About Russia

And let me remind you again, Christopher Wray is at the Aspen Institute for skiing today and yesterday, and he said the Russians do not tamper with our election infrastructure. They don’t tamper with the voting part of elections. They try to destabilize public opinion all along the way by causing other people to question the legitimacy. But they don’t go in and try to tamper with vote counts because it can’t be done.

And yet here’s the AP: Trump patted Putin on the back for interfering in U.S. elections. The Democrats are happy that Trump may be being blackmailed by Russia. That’s one of the explanations they’ve come up with. This doesn’t make any sense. Maybe the Russians are the reason Trump has all his money, and maybe Trump knows that Putin could engineer him being dirt poor by tomorrow, so he’s got to kiss up to Putin. That’s their theory lately. 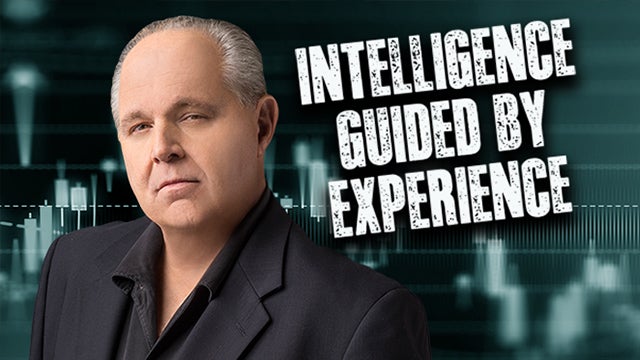 In other words, if this wasn’t an election year, or if it might help ’em in an election year, then calling the president of the United States “traitor” for not having publicly attacked Putin, would be perfectly all right. But it obviously isn’t polling well. That’s what this AP story means. The AP story means, if the Democrats are being told, “Dial back this treason stuff. It ain’t working,” it means they’re focus grouping it and it means they’re polling it and it ain’t working well.

And the AP story here is a signal to the Democrats to pull back. And probably it’s the Democrats who’ve done the focus grouping and the polling, admitting to the AP, “Yeah, we went too far with this. It’s not polling well. And the AP’s doing a story to help the Democrats get the word out.”

Along the same lines, how many of you over the last month have believed the Democrat Party is actually gonna pick up on this idea advanced by Alexandria Ocasio-Cortez to abandon and dismantle and get rid of ICE? Isn’t she the one that started it, Mr. Snerdley? She is. And everybody picked up on it. And the way the media reports this is that everybody agrees. It isn’t controversial. Get rid of ICE.

And then if you come out as a Republican and object to it, you become the oddball. You’re in the minority. You’re the weirdo. “What do you mean, you don’t want to get rid of ICE. Everybody wants to get rid of ICE.” Well, they polled that. 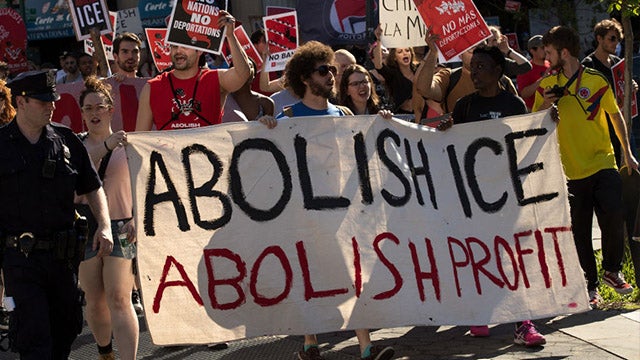 The House passed a resolution Wednesday in support of ICE. Immigration and Customs Enforcement, the agency that some Democrats now want to abolish. “The measure praised ICE’s work countering the narcotics trade and combatting human trafficking. In total, 133 Democrats voted present, 43 voted no on the resolution, and 18 voted yes,” to get rid of ICE. Only 18.

Now, the way this had been reported, it was almost unanimous in the Democrat Party to get rid of ICE. Once Alexandria Ocasio-Cortez had won an election based on it and the rest of the Democrats started picking up on it, the media reported it as though it was a widely held opinion now.

And yet when it was put to the test of a vote, only 18 Democrats in the House actually voted to get rid of ICE. So once again an entirely fake, faux controversy and news story that never had any basis in fact or truth has been dispelled as nothing more than yet another media misdirection play designed to gin up anti-American, anti-Trump sentiments.

And I mean that literally. I have a chart here. It’s too small to put on the Dittocam because it’s too small to be seen. We’ll put this chart up at RushLimbaugh.com. But it is a chart about what the American people care about. What do you think is the most important problem facing the country today? It’s open-ended. There were no multiple choice. There were no leading answers. If you’re a respondent in the survey, you could pick anything. 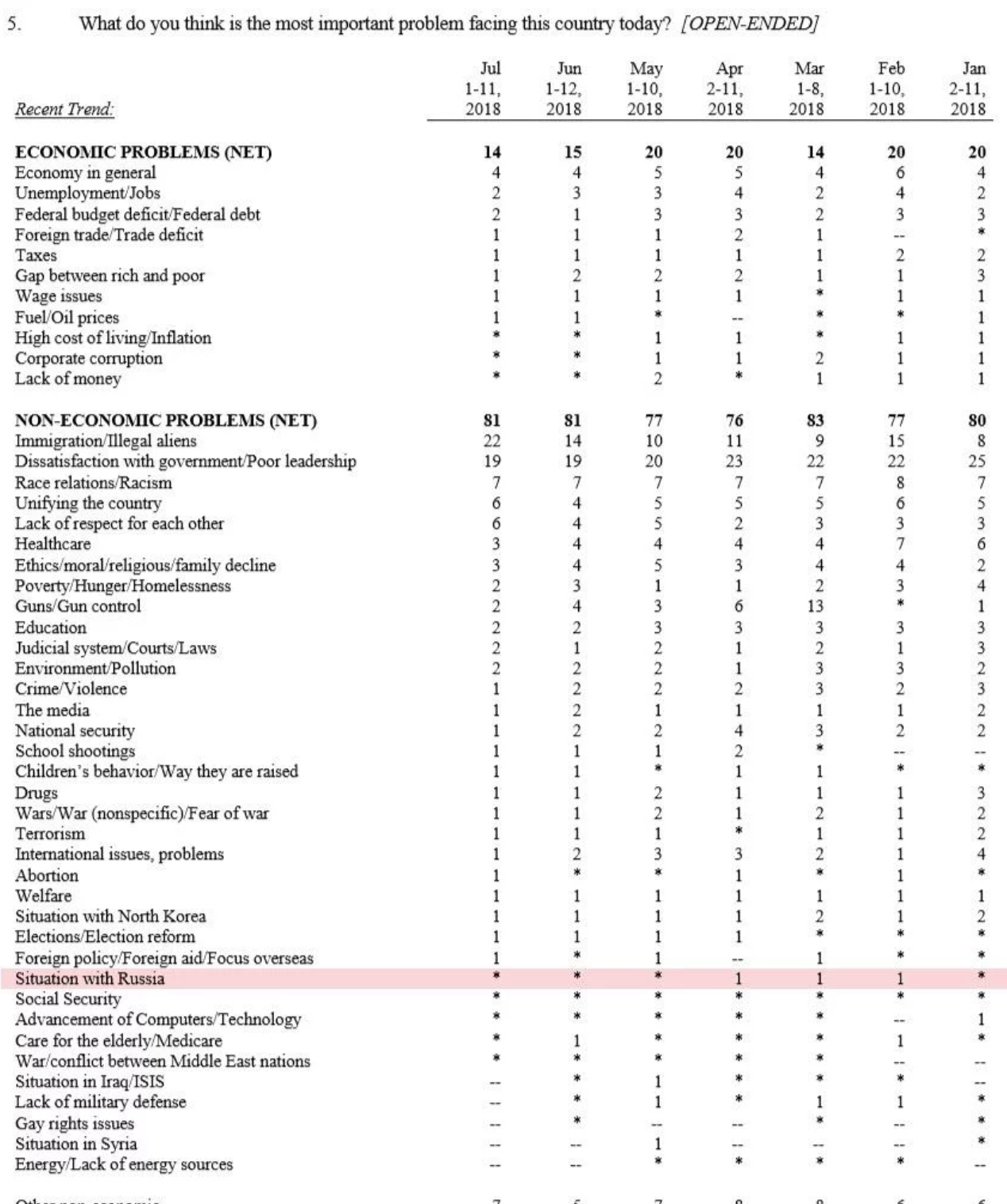 Noneconomic, 80%. In other words, 80% of the American people think the economy is going great guns and it isn’t a problem. Twenty percent say economic problems. Those are the two items that are number one. The situation with Russia. Here’s the question: “What do you think is the most important problem facing the country today?” Open-ended, pick whatever you want, whatever comes to mind.

What has been dominating the news for the past week, the past month, the past two months, what has been dominating the news? Trump colluding with Russia, Russia meddling in the election, our election may have been illegitimate, Donald Trump may be a Russian spy, Donald Trump, you name it, that’s been the lead item. So few people answered “the situation with Russia” that asterisks are in place of numbers. In July 1st through 11th, nobody, nobody. You have to go back to March 1st through 8th, 1% of our population said the situation with Russia is the most important problem facing the country today.

I’m telling you, the number of people who think Russia is a major problem or the most important problem is so tiny we can’t mark it. It’s less than 1%. It is literally unmeasurable. The number two thing that people think is the greatest problem, immigration, illegal aliens. That and the economy.