RUSH: I saw this headline, and if I don’t do this and share this with you now, it’s gonna get lost as the program unfolds. This is a story from the Washington Free Beacon. The headline: “Male House Democrat Wants Taxpayer-Funded Tampons for his Office — Sean Maloney thinks tampons are an office supply. Democratic representative Sean Maloney (New York) cannot stop talking about tampons and wants taxpayers to pay for feminine hygienic products for his staff members.

“Maloney, who is simultaneously running for reelection in the 18th district and for attorney general in New York, has been credited with starting the ‘Tampon Lobby’ on Capitol Hill and has recently taken up the banner for ‘menstrual equity.’ Google turns up 69,600 results for ‘Sean Maloney’ and ‘tampons.'” What could be crazier than this, 70,000 results? “Maloney’s tampon crusade began last month, when he accused House Republicans of an ‘archaic’ and ‘sexist policy’ of not forcing taxpayers to pay for the tampons of Hill staffers.” 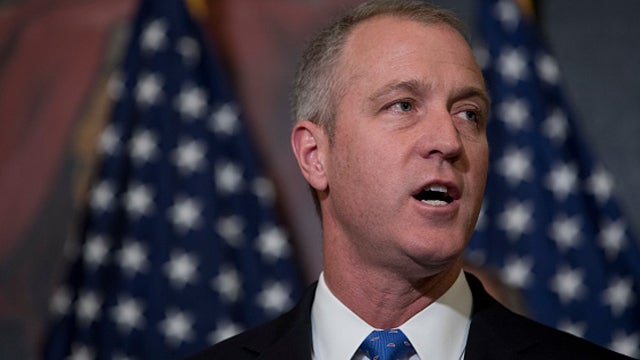 So you see how this works? We conservatives are a bunch of mean, extremist Neanderthals, because we will not agree that taxpayers should be buying tampons for female staff members and members of Congress. “Maloney complained that the House Finance Office would not reimburse him for the $37.16 worth of tampons he bought for his congressional office. ‘My office recently got smacked down by the powers that be in the House because we had the temerity to offer feminine hygiene products for the women who work for me,’ he said…

“By the way, a majority of my staff is female and we have a million people come through our office, and we provide things like paper towels, or tissues, or first aid, like Band-Aids, supplies that people need. And those are paid for by an office budget. Pretty normal stuff.'” So why can’t tampons be on the list? “Maloney said it is ‘crazy’ that taxpayers do not already pay for his staffers’ tampons, which he considers an ‘office supply.’ ‘But we were informed a couple days ago that we couldn’t buy tampons, and we thought that was crazy,’ he said.”

So do it! Buy ’em! It’s 37 bucks. Buy ’em yourself. How many are you gonna need, Sean? Are we gonna go back to one of these deals where we need to buy enough for 3,000 uses a month? Remember that? Three thousand doses of contraceptives is what we were told we had to provide way back when. This guy’s upset he had to spend $37.16 of his own money. Are condoms part of this guy’s office staff first aid kit? I don’t know. What would be the male equivalent of a tampon? (interruption)

A diaper, Depends diaper? Would that be the…? Anybody? (interruption) What would be…? (interruption) Snerdley, what would be the equivalent for men of a tampon? There is none. That’s probably true. Anyway, in a way you can see the guy’s point. I mean, the House has gladly paid off duty sexual abuse claims for their members for decades, so why shouldn’t they be buying tampons? But, I mean, this gives a whole new meaning now to bleeding-parts liberals.