They’ve Got Nothing! Mueller Looking at Trump’s Tweets

RUSH: I have a little New York Times story. I want to read the headline to you: “Mueller Examining Trump’s Tweets in Wide-Ranging Obstruction Inquiry — For years, President Trump has used Twitter as his go-to PR weapon –” notice “weapon” “– announcing a barrage of attacks on celebrities and then political rivals even after advisers warned he could be creating legal problems for himself. 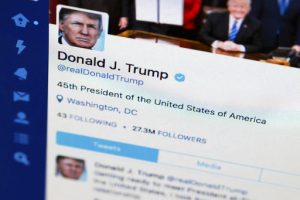 “Those concerns now turn out to be well founded,” says Maggie Haberman, because the special counsel is scrutinizing Trump’s tweets. What do you think is the way to translate this, Mr. Snerdley? (interruption) You’re close. You’re close.

It means they’ve got nothing. If they are examining public tweets that anybody and everybody has read looking for obstruction of justice or collusion with Russia — it’s like somebody called Mueller, “Hey, have you looked at his tweets?”

“Oh, God. God. Oh, yeah! The tweets! Yeah! Maybe there’s something there!” They’ve got nothing. That’s what the story means.