A Kid Sparked the Left’s Campaign Against Plastic Straws

RUSH: Hey, folks, you remember the story that we have had about the banning of plastic straws in California and so forth, the imprisonment, six months in jail, maybe a thousand-dollar fine, unless of course you’re an illegal immigrant using a plastic straw to shoot spitballs at ICE agents, wait ’til you hear where they got the data on how many straws are being used in order to ban ’em. 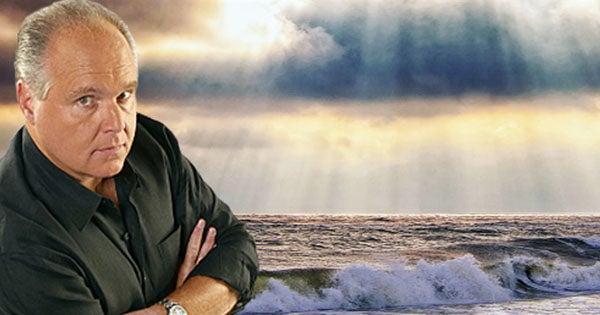 Yeah, there supposedly is a giant plastic junkyard in the Pacific Ocean way out there northwest of Seattle and Portland. Well, guess what? Ninety percent of the plastic in the oceans today comes from the ChiComs. I kid you not. The data is there. The Chinese pollute oceans with plastic, close to 90% of it. The United States contribution to plastic pollution in the oceans is 2%.

Now, you might be saying, “How can that be? We’re the biggest economy. We’re bigger than China.” Yes, but we clean up our messes better than anybody else in the world, folks. That’s part and parcel of capitalism. Part of it’s the pride of ownership, if you want to get right down to it. When you own something, when you’ve worked hard to own it, you take care of it.

If it’s given to you, it’s not nearly the same to you. It just isn’t. This is human nature. If you have no direct tie to any of it, if it’s not yours, then it becomes easy to say, “Well, the next guy will clean it up,” or whatever. But it’s undeniable. The United States, we have far more economic output than any nation on earth, and compared to all those other nations like the Chinese, like Russia, we have the cleanest air, we have the cleanest waters.

Now, the population of the country is a little over, what, 290, 300 million, somewhere around there, and I don’t know about you, but I do not use plastic straws. Somebody, therefore, is using my share. The statistics about how much sugar per capita, I don’t eat much sugar, so some of you people are eating my share of sugar, I mean, if this is to be true. And how much beer is consumed, I don’t drink beer, but whatever the per capita consumption of beer, some of you people are drinking my share of beer, because I don’t do all that. 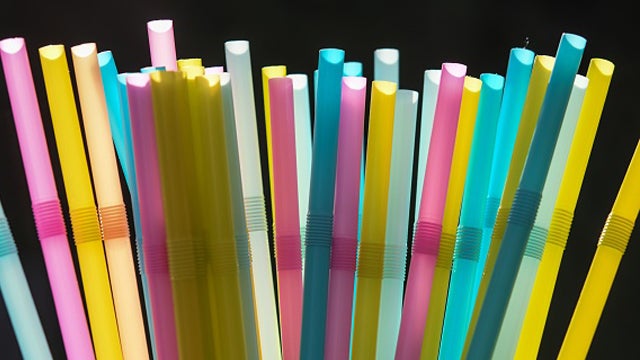 I don’t use plastic straws. I don’t use plastic mixers. You know why? You know why, folks? ‘Cause I’m lazy. You can ask the people here. You know how we brew coffee for me here? We open the sweetener, whatever we choose to use, and we put it in the bottom of the pot before it brews. And then the water goes through the coffee basket and it brews and it accumulates in there. And after it’s over, we shake the pot, bammo, and then I’ve got whole pot of sweetened coffee. I don’t have to waste time sweetening every cup.

It’s about efficiency. This is capitalism on the march. This is creativity. This is innovation. I do the same thing at home. I never stir anything because I don’t have to. Everything that gets to my mouth is prestirred, premixed. I take care of it. And all of it happens without the use of straws. I don’t even use spoons to stir things, because I don’t need to.

If I’m at a restaurant and somebody says, “Would you like some coffee?” Or room service, they always bring the coffee, “May I pour you a cup, sir?” I run to the — no! No! I’ll do it! They back off, and they say, “Why?” Because I put the sweetener in first so I don’t have to stir it. That way you don’t have a dirty spoon to clean, that way there’s not a plastic straw to throw away, and I don’t have to waste time stirring it!

Look at all the time that’s been saved here with my creativity. And all of that is born about — it’s not lazy. It’s just if I’m in here working, I don’t want to have to take the time to stir a cup of coffee. Just pour it presweetened and be done with it. I mean, how many of you go out and buy, you know, Diet Coke or diet soft drinks, presweetened, you pour ’em in the glass, drink ’em, don’t have to stir ’em up, right? Why shouldn’t it be that way with everything?

At any rate, 500 million straws per day supposedly, and the formula to arrive at this number was created by a fourth grader, a 9-year-old in 2011. Quote, “That figure has been cited widely, appearing in stories by USA Today, CNN, The Washington Post, The Wall Street Journal, Fox News and, yes, even The New York Times. But consider the source: The number is based on research conducted years ago by an enterprising 9-year-old Vermont boy named Milo Cress.”

Milo Cress, who was in fourth grade at the time, had no access to other statistics. He based his claim on comments from plastic straw makers. He called ’em up. He’s now 17. He says: “It is honestly a little surprising. I came up with this statistic because I couldn’t find anything else about it. If there are other statistics on how many straws we use that are based on more rigorous research than the research that I did, I’m happy to embrace those.”

Now, the statistic created by then 9-year-old Milo Cress has led to an environmental movement to ban plastic straws. Seattle became the first major U.S. city to do it. San Francisco joined in. Starbucks has embraced the cause by announcing it would phase out plastic straws. The New York Times story: “How a 9-Year-Old Boy’s Statistic Shaped a Debate on Straws.”

But look how quickly and how eagerly this, quote, unquote, research was glommed onto. And it happens to coincide with the reporting of this gigantic plastic junkyard out in the northern Pacific. And of course part and parcel of this is the United States is largely to blame.

“Mr. Cress, who then lived in Burlington, Vt., had access to neither of those figures when he developed his estimate in 2011, when he started ‘Be Straw Free,’ a campaign to persuade restaurants to offer straws optionally rather than automatically. After failing to find reliable statistics online about straw usage, he decided to call a handful of manufacturers himself.”

RUSH: By the way, the upshot of it is on the kid, Milo Cress, is he formed up an environmentalist wacko group trying to verify the statistic that 500 million straws are thrown away every day in the United States, and they have been unable to get even close to verifying the number. The outfit that he joined… It’s some bunch called Eco-Cycle, and they have tried to verify the statistic. But the searches that they’ve used, the data they’ve tried to input, they’ve turned up nada.

“What we’ve gotten is very frustrated. The communications…” It’s a nonprofit, by the way. It was trying to find out if the stat’s true. They can’t verify it. There’s no way to verify it. Yet here go the environmentalist wackos making law on it, law for which you could be fined and maybe even sent to jail. Even though this wild-ass number can’t even be verified, it cannot be confirmed, it can’t be proven. They can’t even get close to it. It’s just a number pulled out of the air.