What Democrats Want More Than Impeachment

RUSH: I think what the Democrats really have in mind after winning the House — and, by the way, there will be those who try for impeachment, but I don’t think Pelosi’s gonna let them. If they win the House, they’re gonna have, I think, something they think far more valuable, and that’s oversight. Do you think, for example, whereas the DOJ will not turn over any documents that Devin Nunes wants…? The DOJ will not furnish, the FBI will not furnish requested documents. 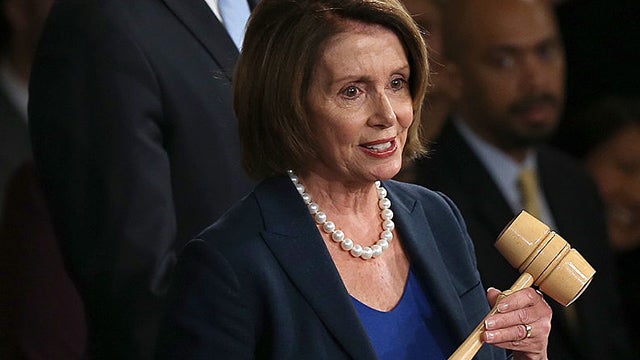 “When did this investigation to Trump really begin? What triggered it? Who’s involved here? What did you do with this FISA application?” Remember all that stuff’s been stonewalled? Imagine the Democrats asking for this stuff. Imagine the Democrats running the Intelligence Committee, the judicial committees. The Democrats running these committees would bring government to a standstill investigating Trump. They would be asking for things left and right.

They’d be asking for more things than could possibly be furnished, and everything they’re gonna be asking for — all of this oversight — is going to be aimed at proving that Donald Trump is whatever they think he is. A fake and a phony and a liar and somebody who is in tight with Putin and is in tight with others in the Russian government. That’s what they can’t wait for. Even if the Republicans control the Senate, the Democrats in the House can do all the oversight they want, and they can submit document requests to Rosenstein or Wray or anybody they want.

What do you think the odds are gonna be that at a stuff from the deep state would be turned over to the Democrats to use? And it’s not just oversight of Trump. It’s oversight of everybody in the Oval Office. That’s what I think they can’t wait for. I think that’s what the resistance, their base really wants. I think they would like that even more than seeing Trump thrown out of office. I think that they would love to see Trump’s neck under the guillotine every day, which is what they think that this would be.

I think all of this would ultimately backfire on them big time in 2020, but I don’t think they’d be able to help themselves. I think they can’t wait. They know they’re not gonna get… They’re not gonna win the Senate, and there’s not gonna be 67 votes to impeach Trump in the Senate. So whoever the House leadership is is not gonna let them do that. Maxine Waters, whoever, will be headed off at the pass. But the oversight angle, the file requests, document requests, paper requests of the Trump administration on all the crimes they think Trump has committed?

That’s what they can’t wait for in my humble opinion. Remember, I’m just a guy that’s the equivalent of the North Koreans driving around in the Jeep with the megaphone telling the public what they should know. (interruption) Oh, you missed that? Grab sound bite No. 3 again. This is Thomas Frank. It’s No. 3, right? I’ve already put it at the bottom of the Stack here. Yeah, Thomas Frank. He’s got a new book out. What’s Wrong with Kansas? was his first book. He was on Book TV C-SPAN2 on Saturday night.

FRANK: What you see in a place like Wichita, Kansas, or wherever, you know, I keep using Wichita as my example. I’m going there next week to do this same talk. But in a place where someone would have been part of the Farmers Alliance or one would have been part of a labor union, and those organizations would have helped them understand the world around them. Those are gone today. Those have disappeared from everyday life in a place like that. And what has taken their place is Fox News and Rush Limbaugh. And you get into the car, and Rush Limbaugh is on, and he’s constantly — it’s like, you know, in North Korea how they have a loudspeaker? They don’t have radio; they have a loudspeaker. It only plays one channel. In vast parts of this country, that’s what it feels like to me when you’re there, that you have this voice that is constantly explaining your relationship with the world to you. 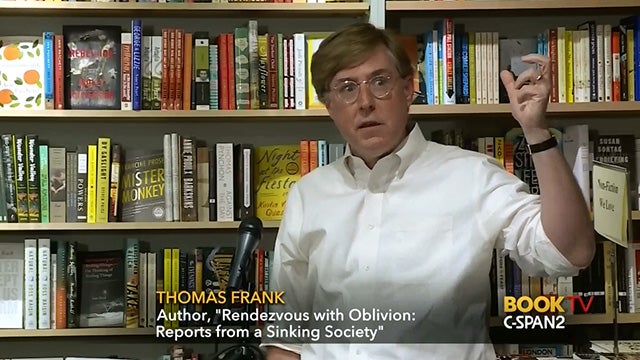 RUSH: Yeah. So that’s what they think goes on and how it goes on, but they would… Folks, they would love being able to counter all that. So I think oversight is their big dream and desire, and Trump knows this too. So this whole business of being willing to shut down government over immigration… By the way, I happen to think it’s a great move. I know McConnell’s out there, “Oh, no! Oh, no! There will not be a shutdown.”

There doesn’t have to be for Trump to demonstrate how serious he remains about it, ’cause it is what got him elected, and it is what still makes him unique in all of Washington. You could honestly say that Donald Trump — aside from a few Conservative Caucus members of the House — is the only driving force behind getting control of the border and saving America and our culture as we all know it. He single-handedly is known for that.