A Trump Voter Afraid to Wear His MAGA Hat

RUSH: This is Bob in Coronado, California. I’m glad you waited, sir. You’re next, and hello.

CALLER: Well, congratulations to you, Rush. You richly deserve it, and just always remember that you built it.

RUSH: I did. (laughing) In the vein of, “You didn’t build that.” I appreciate that, sir. Thank you. 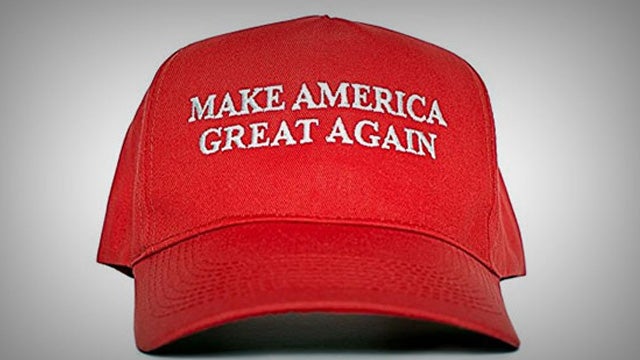 CALLER: Yes. Rush, what I’d like to discuss very briefly is, as a Trump supporter, there’s a big difference in sort of why I might be a hidden Trump supporter in 2018 versus 2016. There’s really two reasons. No. 1, in 2016, I could wear my red MAGA hat around, and people were amused by it. In 2018, liberal people become violent. I don’t wear it so I can’t say it’s happened to me, but I know for a fact. The second difference between 2016 and 2018 is I could go to dinner with friends in 2016 and, you know, have a few adult beverages and then bring out the fact that I think I’m gonna vote for Donald Trump.

That would be amusing to them, even liberals. Almost like it was self-deprecating humor to admit that you were sort of stupid. But now if I did it, people will walk away and never be my friend forever. I mean its… (disgusted groan) The difference between 2016 and 2018, because of the libs’ reaction and the press’s reaction, it’s a totally different thing that’s going on. But I think the result’s the same. People are gonna stay hidden because you just can’t be an outspoken, open Trump supporter. I’d be curious to hear what your thoughts are.

RUSH: Unless you go to a rally where you’re surrounded by like-minded people. That’s a pretty… That’s a pretty stark difference that you have described here. You can’t wear your Make America Great Again Hat. You can’t have dinner or socialize with people that didn’t vote for Trump ’cause they’ve abandoned you. They don’t want any part of you. What do you chalk that up to? You haven’t changed, have you?

CALLER: No. Rush, I just… I think they’re just very entitled. It’s that elitism comes from —

CALLER: Rush, I think they’re like… It’s a common human trait. I don’t think they’d… I don’t think many of them had really ever experienced losing. Maybe things were too easy for ’em, and Trump represented losing. You know, maybe George W. Bush didn’t because he was close enough to them. But Trump represented losing, and I would say I’ve been to two Trump rallies. I 100% agree with what you’re saying. Go to a Trump rally. I mean, I wish I could have gone to a Billy Graham rally when I was a kid with my grandparents. But go to a Trump rally. Exhilarating! There’s just no description for how uplifting it is.

RUSH: Okay, well, let me ask you this. You’re sitting out there now. You’re chronicling, sharing with us the differences in the way you have to live your life from 2016 to 2018. You’ve had to take off the cap. You’ve had to go silent and stand mute about your support for Trump. You think a lot of people are having to do that. Does this…? Do you think that people like you in 2016 who were just raring and ready to go vote for Trump are still as motivated, or they being dissuaded from it because of the way they’re being treated by people, by their friends and others? Is this affecting any of them? Is it making any of them go wobbly?

CALLER: No. Hell, no. Rush, I’ll tell you, without a doubt, nobody’s getting wobbly. With 4.1% GDP growth that maybe we’ll have one more print before the election; it might even hit five? The people aren’t stupid. You know, five million people got a thousand or $2,000 bonus. People are getting paid more.

RUSH: Yeah, but the consultants are telling us that that doesn’t matter, that Trump better stop this immigration talk and go talk about the economy because people aren’t realizing how good they’ve got it. 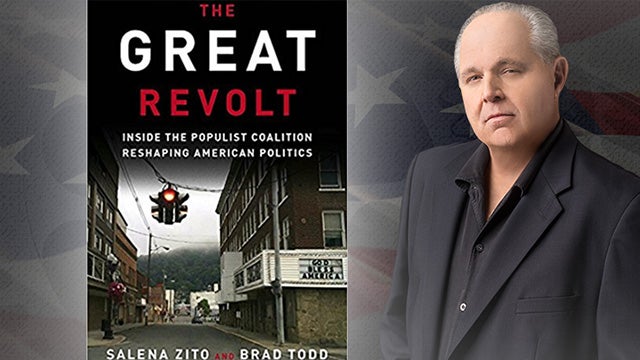 CALLER: Yeah, Rush, they’re talking to the coastal people. I live out here amongst them; I totally get it. You know, because of your recommendation, I read Salena Zito’s book The Great Revolt.

CALLER: They don’t talk to those people. They’ll miss it again. There is absolutely no way… Provided people use Trump’s enthusiasm and they don’t become complacent, there’s no way the midterms turn out bad.

RUSH: Now, let’s talk about the midterms, because the president was on here an hour ago, and I asked him about his strategy leading into the midterms, and he said something I thought very interesting. He’s not sure. He doesn’t know if support for him right now is transferable to every Republican running for reelection in the House and those in the Senate. It’s another way of saying he’s not sure of his coattails. I was… I don’t know. I guess I was a little surprised, because I would think his coattails would still be relevant.

I think everybody voting for Trump knows damn well why and that he’d better continue to have at least a majority in the House if he has any chance. I think Trump’s voters are sophisticated enough to know that if the Democrats win the House, all this ends. They’re gonna just start oversight investigation, shut down his agenda. Trump voters had better understand that whatever you think of your local Republican (chuckles), Trump needs more Republicans in the House than Democrats or all this is gonna come to a screeching halt. But he said he wasn’t quite… He wasn’t quite certain how “transferable” support for him is for congressional midterm Republican candidates.

RUSH: Yeah, yeah, yeah. I thought the same thing. I thought something was going on. He made it a point two or three times talk about how great they are.

CALLER: But, Rush, what happens if we lose? If he loses the midterms by two votes, there is no wall. I mean, the House has to propose bills that the Senate signs onto.

RUSH: Not just that. It’s not just that there’s no wall. There’s no agenda — and if the Democrats win the House, it’s gonna be nothing but committees that you’ve never heard of investigating this and that about everything Trump’s done, an endless parade of witnesses from the administration. You’re gonna see oversight of the executive branch like you’ve never seen, if the Democrats win.

It’s not gonna be impeachment. It’s not gonna be that. They’re not gonna get rid of him that way. This is… They’re salivating at being able to shut this all down and humiliate Trump with him in office, and that’s why it’s crucial that whatever the support for him that exists out there better be, as he says, transferable. Anyway, I’m glad you called, and I really appreciate you putting up with all my questions. It’s not what you expected. You did great.