RUSH: Trump had a rally in Tampa last night. It was to promote the gubernatorial candidacy of Ron DeSantis, running for governor on the Republican side down here in Florida. The rally last night… Let me just share with you a report here from somebody at Politico. “Politico reporter Marc Caputo mocked attendees of President Donald Trump’s Tampa rally Tuesday night, referring to them as toothless ‘garbage people.‘ 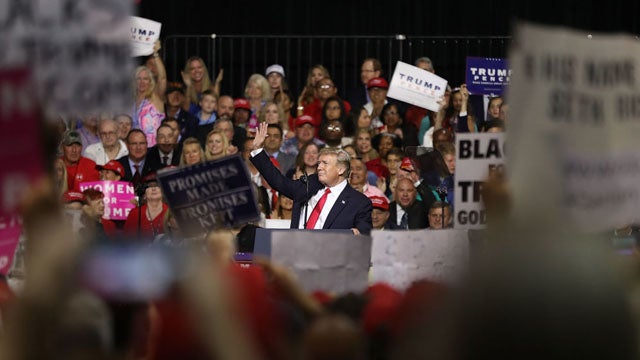 “After nearly 11 hours, Caputo posts an apology. ‘I need to apologize for tweeting caustic remarks after seeing a reporter berated & abused. Hate begets hate. My comments referred ONLY to those jeering and swearing at the man, not a broad swath of people. But the fault is mine for causing confusion and feeding anger.'” Uh, nice try, but the fact of the matter is that even before the rally happens, people inside the Beltway think exactly that of most Trump supporters: Toothless, garbage people. Hayseed hicks. Dumb. Ignorant. Uneducated. Stupid. Easily manipulated. Easily steered the wrong way.

They’re basically a bunch of disjointed, angry people who cannot adapt to the transforming of American culture and society. They want to take it back to the days of the fifties when they ran the road and ruled the roost and they were all in charge. Now those days are gone and they can’t deal with it, and it’s a good thing they have lost out because they are a bunch of toothless, brain-dead people sitting on the deck out in front of the shack playing the banjo as Burt Reynolds and the boys go rafting by.

That’s what they think of your average Trump voter, and this guy just happened to let it out. Now, he’s claiming that what made him do this was the crowd last night getting all over Jim Acosta — Jim Acosta of CNN — who is a regular provocateur of Trump. The crowd last night was shouting, “CNN sucks! CNN sucks!” and Acosta was telling Wolf Blitzer, “Wolf, in case you can’t understand what the crowd’s saying here, they’re saying, ‘CNN sucks!'” So Acosta was reporting to Wolf what the crowd was saying is “CNN sucks!”

And then Acosta says, “This is really… This is dangerous. This is going to lead to several people maybe getting hurt,” and I keep saying, “You mean like Steve Scalise and other Republicans who were shot at a baseball practice?” I’m not aware of any violence having been perpetrated against any of you. You keep acting like it’s imminent and it’s gonna happen, and you ignore the violence that’s already happening to Republicans based on the way you guys in the media are doing your jobs — and, by the way, as far as Acosta is concerned, let’s stop the phony tears.

This guy couldn’t get more name recognition and more popularity in his life if it weren’t for Donald Trump that singling him out — and I will guarantee you that Acosta secretly and privately loves it. Outside of this, he’s a typical CNN no-name. But Trump and his administration have singled him out because Acosta decides to play rude, decides to be a provocateur. He knows Trump is gonna hit back, and I’ve maintained that Acosta loves it secretly every time it happens. 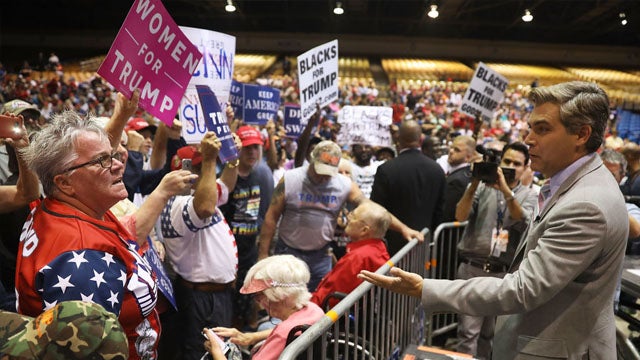 Acosta gets to go out and play like he’s actually at war and that there are real bullets being fired and he’s risking his life to go to a Trump rally and report what’s going on there. What they really can’t stand is that Trump still sells out and the people there are still madly in love with and totally supportive of Trump. Those rallies, wherever they happen, are real live evidence of the media failure to distance those people from Donald Trump. They’re hoping for half-filled arenas. They’re hoping for people showing up who hate Trump being in the majority. They’re hoping to have that be the result of their reporting.

They want to cause that.

They’re looking at failure each and every Trump rally within and it’s driving ’em batty.