Understanding the Trump-Rudy Campaign Against Mueller

RUSH: The big news of the day today, I think, is two things. One is the president and his urging of the attorney general to end the Russia probe, to basically tell Mueller to shut it up. Now, what’s interesting about this is the president could do this himself in a sense. I’m not talking about firing Mueller. But he could declassify everything that we still don’t know about the origins of this investigation and the details. He still chooses not to do it, and the best-guess reason for that is the avoidance of a charge of obstruction of justice. 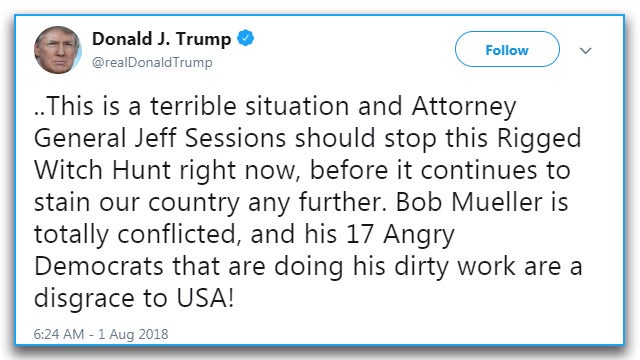 I also think there are other factors that are bleeding into this. Now, remember yesterday we shared with you also a story by Jonathan Turley. He wrote a piece saying, “We are only one witness away from disaster.” Trump is only one witness away from disaster. It’s not the Manafort trial or the second Manafort trial. Turley’s theory is that Mueller is going after Donald Trump Jr. and the meeting at Trump Tower and everything that might have any ancillary involvement or impact on that. There are, you may have heard, rumors of a second Trump Tower meeting that nobody has officially known of or been informed of to this point.

Then we have heard the latest addition to this, that Mueller is not going for collusion and he’s not going for obstruction. He’s going for conspiracy. In a number of indictments that Mueller has handed down to date, one of the charges has been this very vague “conspiracy to defraud the United States.” I forget who he first charged with that, and I don’t remember the specifics. But I do remember that when it happened, a bunch of really smart legal people I know started scratching their heads saying, “What is this ‘conspiracy to defraud the United States’? I’m not aware of some… I’m not aware of the statute. I’m not aware that there is such a charge.”

But Mueller has charged people with that. So not collusion, not obstruction, but conspiracy. So if you put the fact that Mueller may be aiming at conspiracy to defraud, ’cause all you… You know, collusion isn’t a crime, but conspiracy is. If you conspire to collude, collusion is not the crime. Conspiring can be. So if you look at “conspiracy to defraud the United States” and somehow try to link that to what Donald Trump Jr. was doing, the theory from Turley is that this is where Mueller is headed, ’cause there isn’t anything on the president.

There’s nothing on collusion.

There’s really nothing on obstruction. 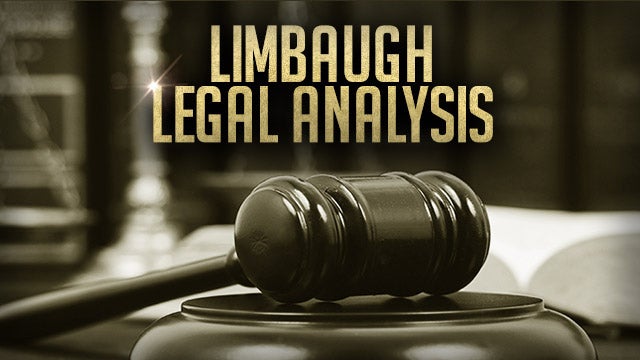 You can’t get a president on obstruction for doing his constitutionally authorized and permitted duties. But conspiracy! If you can link Donald Trump Jr. and the Trump Tower meeting and some other things and maybe some other members of the Trump family to a very wide, broad-based conspiracy charge, then you could really upset Trump. Which has been the objective of this from the beginning. I think the possibility that all of this might be happening explains why Trump has been on the warpath the past couple of days and why Rudy Giuliani has been on the warpath the past week.

I mean, these guys have been flooding the media, and they have been launching salvo after salvo after salvo at Mueller. Trump is proceeding on the fact that this whole thing’s a witch hunt, that it’s a hoax, that none of it legitimate. Rudy is just all over the place, and the way to understand what Rudy is doing is stop thinking of him as a lawyer. He is a lawyer, and his relationship with Trump may be that he’s been hired as a lawyer. But the work that he’s doing is not legal. Rudy is doing pit bull representation in the media.

I think some people think that Rudy is winning. The objective here is to raise public doubt about the integrity and the honesty of Mueller and his investigation. We even had news yesterday that Trump and his team are preparing their own report, that Mueller is gonna issue a report when this investigation ends — if it ever does — and it’s pretty easy to predict some of the ingredients of Mueller’s report. If he doesn’t have Trump on collusion — and he doesn’t — and if he doesn’t have any evidence of obstruction, nothing that can stick.

But if he is going after conspiracy, he can write a report that accuses the president’s behavior being “lax, inattentive, irresponsible. The president’s behavior and conduct opened the door for the Russians to come in and influence our elections.” If he writes a report like that, then the media will pick that up. That report will be submitted to Rosenstein; Rosenstein will decide whether to make it public, send it up to Congress. It would be made public, no doubt, and then the media will get hold of it and that will become the new narrative.

“Trump may not have colluded, but he made it possible for the Russians to do what they did! Trump may not have actually obstructed, but because he was so lax and so inexperienced and so outside — so unaware of how official Washington works — in his meandering ways he may have opened doors for the Russians to enter our politics and our elections and he wasn’t even aware he was doing it.” Imagine the impact of a report like that. So, I have no doubt that the Mueller report will contain evidence — not evidence, suggestions. And there will be supporting evidence to lend credence to whatever these allegations that are made in the report would happen to be. 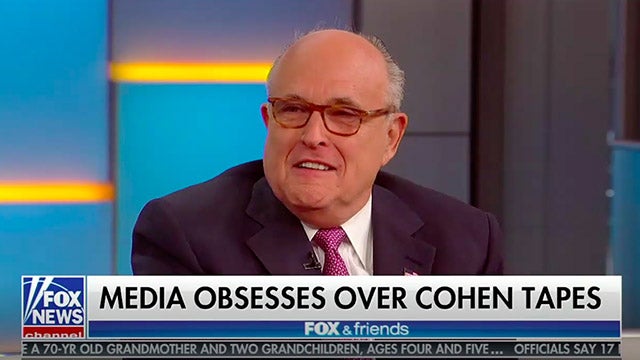 So Rudy’s out there; I think they are conducting a plan here that’s designed to blunt whatever Mueller ends up saying, reporting, by challenging Mueller’s authenticity, his integrity, his bias. That’s why Trump keeps talking about this as a hoax and a witch hunt with 13 Hillary-donating investigators and so forth, and it’s why Rudy is going scorched-earth. This is what the Clintons did. This is what Bill Clinton and James Carville and Stephanopoulos did can Ken Starr. They turned him into a sex pervert since Starr was investigating Monica Lewinsky.

The blue dress, lying under oath, the Paula Jones case — which was about sexual abuse and harassment. They turned Starr into a pervert, who was such a sexual pervert that the only reason he was doing this is because he got off reading about all the things Clinton was doing. That’s what they tried to characterize Ken Starr as doing. So that, I think… I’m not accusing the Trump team of being that perverse. I think their attacks on Mueller are warranted. We’ve been told that Mueller is the most honest, the most decent, the man with the highest integrity of anyone we could find in Washington to conduct such an important investigation.

Well, maybe within the confines of the swamp that’s what they think. But the Trump team can’t allow that to be what the general public thinks. If the report’s gonna have all of this negative stuff, they’ve gotta do whatever they can here to taint it, and anybody in Trump’s position would be doing this. Except your average Republican who would be going along, sitting silent, saying (impression), “We must let the system play out, and we must deal with the results as they come because we are Republicans and our logo is a gigantic boot print on our backs.”

That’s just how Republicans in the past have played this.