RUSH: You may have seen, or if you’ve seen The Drudge Report, there are a couple of stories of Ivanka Trump, who sat down with an interview with Mike Allen at Axios. Mike Allen, formerly of Politico, is now at Axios, which is kind of like Vox in the sense it’s a news website attempting to target Millennials. She apparently said a couple of things that put her squarely in opposition to and in disagreement with her father. The two things that she said were that the low point so far has been the separation of families at the border, that she doesn’t agree with that, that she doesn’t think that parents and children should be separated at the border. 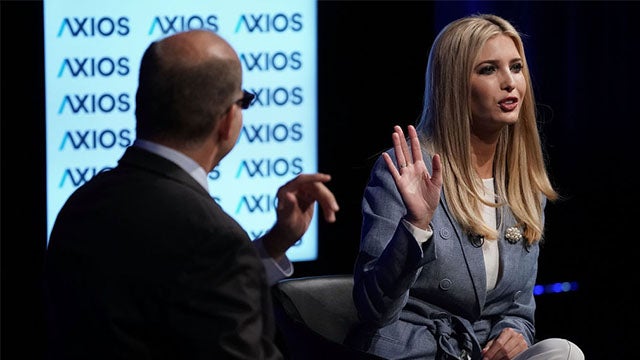 I watched CNN report on this. They had two women reporting on Ivanka’s comments. The other comment that Ivanka made was that she does not consider the media to be “the enemy of the people.” Now the CNN infobabes reporting on this were talking about how this is so off the page. (summarized) “I mean, this is Ivanka Trump and she’s a presidential advisor and she’s disagreeing with her father. Can you imagine those conversations in the White House?” The one thing that didn’t happen is that neither of the two CNN babes evidenced much support or sympathy for Ivanka.

Now, you would think here you have the president’s daughter really taking aim at him on two fundamental issues. “I think it was a low point,” meaning in her father’s administration. Maybe a low point in the past year and a half, low point in the country, whatever. It was a low point — “the low point,” when we’re separating families. See, what’s frustrating to me about this is that the ICE director has been all over television the past two days, the former ICE director Thomas Homan, saying we’ve been separating families at the border who crossed illegally for decades.

There’s nothing new about it, and it’s not specifically Trump policy. In fact, Trump is the only president who has written an executive order to try to countermand this! He gets no credit for it, even though his executive order was unconstitutional because it’s law of the land that families get separated. In these circumstances, they do get separated. It’s the law of the land and it isn’t anything new. What is so hard to learn about this?

Why does something like this have to get automatically tagged to Donald Trump? Now I know in the media why it does. But to call this a low point, and then to say, “I don’t think the media is the enemy of the people.” Now, I don’t know Ivanka. I haven’t met her, and I don’t know what her purpose (if she has one) is. But if it is to engender respect and admiration from the media, I didn’t see that. The media on CNN, at least, reporting this was more interested in the catfight aspect of this or the disagreement of it within the family, within the White House. 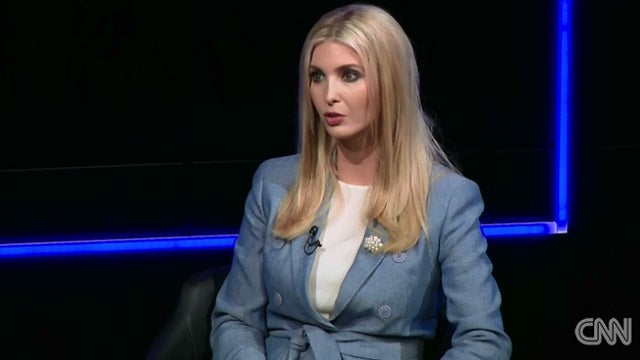 I mean, there wasn’t anything like, “Mr. Trump, you should listen to your daughter! At least there’s somebody with a heart in your administration.” That was not said. Nothing like that was said. “Oh, wow! Does she know what she’s doing? She’s really disagreeing with her father. Wow, I wonder what conversations are going to be like in the White House after this.” No. If there was an attempt here to soften the impact on Trump — which I suspect was the purpose.

I think the purpose of this is saying, “Hey, look, the president’s daughter is out, and they don’t like this and that stuff for the press.” But the animus for Trump is such that there’s no way that the media can be purchased. There’s no way they can be talked out of their hatred, even if somebody with the dignity and class of his daughter goes out there and tries to do it. It was just a little surprising to me. Again, I don’t know what the… There has to be a purpose behind it, a strategic reason for doing this.

RUSH: No, no, no, no. Do not misunderstand me. I’m not being critical of Ivanka. Let me try this again. Ivanka Trump goes to Axios; she does a video interview with Mike Allen. She says two things the media has really focused in on. She says, “I think when we separated families at the border, it was the low point.” And then, “No, I don’t consider the media to be the enemy of the people.” Now, those are two things that you couldn’t get further away from the president than those two things.

He’s out there saying the media every day is the enemy of the people — fake news, fake this. She goes to Axios, “No, I don’t think this.” Now the business of separating the families. He has tried to deal with that, did the executive order that was unconstitutional and a judge said so. It was predictable when it happened. We’ve been separating kids and families at the border for decades, folks. It’s been federal law for decades. It’s not hard to tell this. It’s not hard to know it.

But my point was that the two babes on CNN reporting this, they had no love for Ivanka after Ivanka did this. They weren’t talking glowingly, positively about Ivanka. They were more concerned with, “Wow, do they not know what they’re doing in the White House? Can they not get themselves the same page? Gee, I wonder what the conversations in the White House are like. She’s a senior advisor! If she believes this, why doesn’t her father do it?” It was not… (sigh)

Let me try it another way. How many times have you known a Republican who will speak out against their own party policy in an effort to woo the media, to get the media to like them, to get the media to say nice things about them — and how many times have you seen it work? One time it’s worked is John McCain, until he decided to run for president; then they turned on him. There are a couple other examples that you can cite where it’s served individual Republicans well until they run for office.

Then the media turns on them. But there aren’t very many examples where it actually works, where a Republican can soften the media, and I’m just saying I didn’t see it here. It’s only one place. I don’t know what other people will do with this, if anything. But it’s something I observed and I wanted to pass it on because I don’t know what… There has to be a strategy here. There has to be a purpose for doing this.

And if it was to soften the media at least on Ivanka, I didn’t see that. These two women talking about Ivanka, you can tell that there was no investment, no feeling for her, no desire at all. It was just she is part of the enemy. She’s part of the administration. It doesn’t matter what she says. Trump, her father and is still running things, so that’s all that matters. So, again, I don’t know what the purpose is of the strategy, and I’m not being critical of Ivanka. I don’t want anybody to misunderstand here.