RUSH: You want another example of this? This has got people so worked up today. I was going to get to it later, but I’m going to slither this in there right now. The New York Times has hired a new editorial page writer. Her name is Sarah Jeong. J-e-o-n-g. She’s got tweets all over the Twittersphere that chronicle her literal hatred for “white people.” She has relished, she has loved professing her hate for white people, and she gets hired by the New York Times. 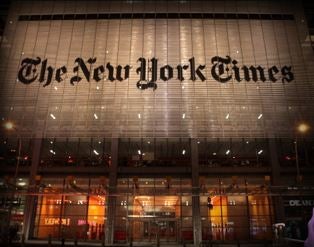 She’s either an editorial page editor or she is a… Well, probably a writer so that’s the same thing. So she’ll write editorials. She will contribute to editorials. “The New York Times’ communications department announced on Wednesday that Jeong will be joining the editorial board as part of a ‘fab group of recent additions’ to the paper’s opinions section in September. In scores of tweets, Jeong … denigrates whites and compares them to dogs. The reporter likened ‘dumbass f[–]ing white people’ sharing their opinions to ‘dogs p[ee]ing on fire hydrants,'” only she didn’t say “peeing.”

“In another [Twitter thread], Jeong riffed on white people being ‘only fit to live underground like groveling goblins,’ which snowballed into a witty rumination on whites smelling like dogs. Jeong wrote in July 2014: ‘oh man it’s kind of sick how much I get out of being cruel to old white men.'” She relishes being cruel to white people and she’s admitting she gets so much out of it. “‘#CancelWhitePeople,’ she declared in November 2014, midway through a thread mocking fans of NPR’s ‘Serial’ podcast.”

Did any of you listen to Serial in there? (interruption) Do you know what it is? (interruption) Okay, NPR, PBS, whatever, did a podcast, soap opera, short story, a novel that was performance art. It was read. It was acted by people in the podcast, and it became the in, cool thing for good liberals to admit that they read, loved and did. But it was white liberals. I didn’t do it. I don’t know the story. Some of you are going to get mad at me who did like it and think I’m putting it down. I’m not. It was amazing to me how a group of people turned into a bunch of sheep.

“Have you heard of Serial?”

“You’ve got to hear of Serial!”

Bam, and it was… I don’t know how many weeks it took for the thing to roll out. But, at the time it was out, it was the cause celebre; it was the fashionable in thing to do. Like at one time, adopting a baby from Africa that was the thing, listening to Serial was the next fashion accessory you had to have. 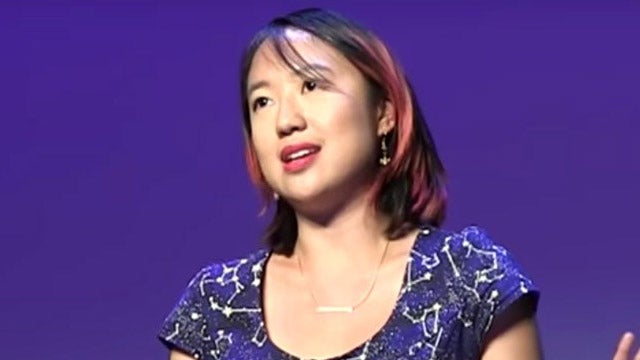 “‘That must be really hard for you, having feelings about race,’ she taunted. … The Times and Jeong posted statements Thursday at noon expressing ‘regret’ over her history of biting ‘satire’ — but the paper declared she had passed its ‘thorough vetting process.'” I’m sure she did. Just like Zephyr Rain Teachout would pass a “thorough vetting process” on intelligent policy dealing with illegal immigration.

Yeah, you know what you do? Get rid of the border and let them all in!

That’s the girl we want. You’re hired! You’re going to be our next attorney general.

“Jeong escaped the fate of previous Times hires who were swiftly fired over old, controversial tweets.” You know where she comes from? She comes from a tech blog, folks. I know who this babe is. The tech blog she writes for is called The Verge. It is a technology news outlet owned by Vox. I don’t know if it started out as a subsidiary of Vox, but Vox consumed it, subsumed it. It’s part of the left-wing online Millennial-media complex. She’s 30.

“She also authored the book, The Internet of Garbage, which examines the many forms of online harassment, free speech, and the challenges of moderating platforms and social media networks.” In other words, she’s in charge of curtailing free speech, or she was while at The Verge. “Born in South Korea, Sarah grew up in North Carolina and California. … As a student at [Dadalut! Dadalut! Dadalut! Dadalut!] Harvard Law School, she edited the Journal of Law & Gender…”

Her work has appeared in “The Atlantic, Vice’s Motherboard, The Washington Post, and The New York Times Magazine,” and the woman is a racist pig — openly tweeting of her hatred, deserved hatred for white people. And the New York Times says, “Yes, we thoroughly vetted this woman! Not a problem could we find. You just don’t understand ‘biting satire.'” You certainly don’t understand when I do it! When I do biting satire, it certainly isn’t overlooked and looked at as an art form. 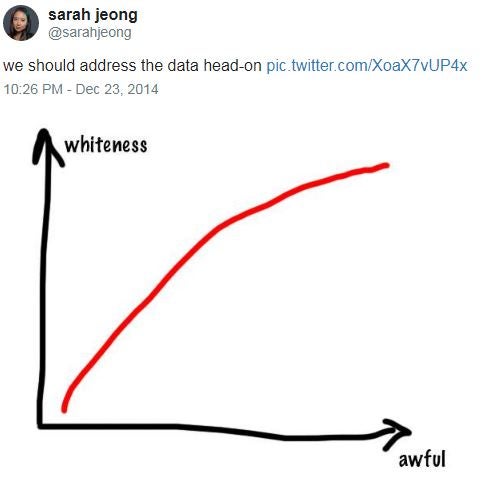 It’s just plain old conservative hatred and bigotry according to the New York Times. But this woman? Why, we don’t have the sophistication and the education to understand her biting satire. Like we’re not smart enough to understand what Kathy Griffin really means. So that’s the New York Times’s new hire. Of course, Twitter goes nuts on this kind of stuff. She’s got her supporters. She’s got her detractors out there. But just the fact that… Let… Let… Blah, blah, blah, Breitbart. Let’s see.

Breitbart is looking for somebody to join their editorial efforts and they hire somebody that’s got a Twitter history of “satire” on minorities. Do you think Breitbart would be allowed to go through with the hire or would they be shamed and boycotted and blasted to smithereens over it until they got rid of the new hire? But we’re supposed to ignore, look the other way — and maybe not even look the other way! We’re supposed to understand how lucky we are to have somebody this intelligent and this aware and this in touch.

Again: “In scores of tweets, Jeong … denigrates whites and compares them to dogs. The reporter likened ‘dumbass f[–]ing white people’ sharing their opinions to ‘dogs p[ee]ing on fire hydrants.'” You certainly see the satire there, right? “In another [Twitter thread], Jeong riffed on white people being ‘only fit to live underground like groveling goblins,’ which snowballed into a witty rumination on whites smelling like dogs.”

Satire again! I’m sure you get it. “Jeong wrote in July 2014: ‘oh man it’s kind of sick how much I get out of being cruel to old white men.’ ‘#CancelWhitePeople,’ she declared in November 2014, midway through a thread mocking fans of NPR’s ‘Serial’ podcast.” Now, that! I’m surprised the New York Times is able to overlook that, because the New York Times is exactly the kind of profile that loves Serial.

I can’t tell you the number of people who’ve asked, “Have you listened to Serial?”

“Because if liberals love it, I can guarantee you I won’t.”

“Are you really that close minded?”

“No, I’m not that close minded. I’m that intelligent! I’m that aware, and I’m that honest enough to tell you.”

“That’s so shortsighted! just because a bunch of liberals like it you know you won’t?”

“Yes. I can pretty much guarantee you.”

Listen, I have another added benefit I’m deaf and I can’t hear it.