RUSH:  Now, hang on a minute, folks.  Supposedly, there’s a rumor out there that there’s a new beta coming from Apple.  Real quick here.  Not yet.  Not yet.  If it doesn’t happen in the next 10 minutes, it’s not gonna be today.  Okay. (interruption) Trillion-dollar value for Apple? Pfft! Bragging rights.  I mean, it’s not… Pfft! They’re just the first to get there.  It’s a big deal.  What do they sell?  Stop and think of this.  What do they sell?  They sell iPhones. (interruption) No, the iPhone is what… (interruption) Well, no, the services business for Apple is approaching $9 billion to $10 billion a year, which is a Fortune 300 business in and of itself. 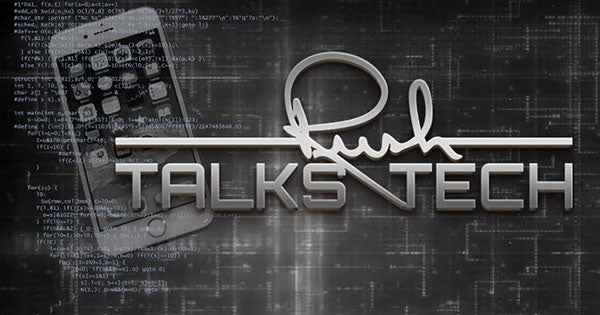 The services business is (chuckles) just you buying music or downloading or joining the iCloud Music Library, Apple Music, whatever. Their install base is so massive now that the watch business and all… But basically it’s the iPhone that’s done this.  It’s stunning when you stop and think about — and they have been able… They introduced a $1,000 iPhone last year, and it moved their average selling price per phone to up to 700 bucks, and they sell 200 million of them a year — 200 million plus. They sell five million Macs.

They sell about 20 million iPads.  It just keeps feeding on itself.  So it just… It’s not oil.  You know, it’s not a fossil fuel.  It’s a phone, for crying out loud!  Anyway, I don’t want to go there.  Snerdley asked me, “What’s the meaning of the trillion-dollar valuation?” Whatever goes up can come down, I guess; I don’t know.  I do know this:  If you owned… If you’d purchased $1000 of Apple stock, what, five years ago? It’d be worth $10,000 today.  It’s gone through the roof.