RUSH: Dianne Feinstein… You know, Politico had this story last week, and I actually stood up and spanked myself on Saturday afternoon for not getting to the story.  I had it Friday.  I had it here during Open Line Friday, and I forgot that I had it.  It was buried down in The Stack, and I hear Trump talking about it and said, “Damn it! Damn it!” This is stuff I beat myself up for. I should have had it, you should have known about it before anybody, and because I just forgot that I had it, I didn’t do it.

Dianne Feinstein has had a ChiCom spy on her staff for 20 years as her driver.  A ChiCom spy!  I had it Friday.  Politico had the news last week.  Everybody’s acting like it’s brand-new over the weekend because Trump brought it up at his rally out there in Ohio, and the media’s fact-checking Trump when he talks about Dianne Feinstein being a leader of the Russian hoax investigation. (chuckling) Fact-checking Trump on whether…? (chuckling) 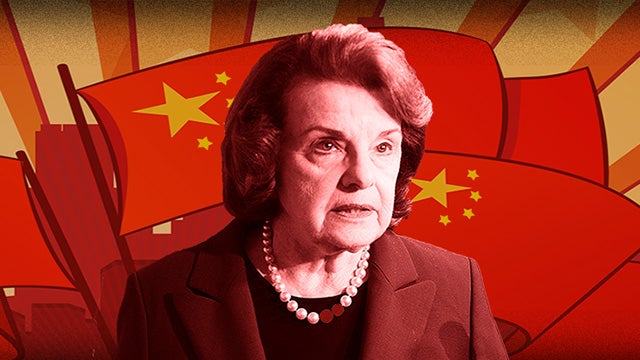 They’re trying to say, “Trump didn’t know that Mueller is leading the investigation.  Trump thinks that Dianne Feinstein is!”

No, she’s on the Senate Intel Committee, and she has been in charge of a lot of it.

She’s got a ChiCom spy driving her around for 20 years, and she’s talking about Russians?

RUSH:  Here are the details.  You know this story actually goes back to last Wednesday.  This is why I’m slapping myself.  I didn’t hear about it until Friday, and I just didn’t get to it. This is from the CBS San Francisco TV station: “Details Surface About Chinese Spy Who Worked for Sen. Feinstein — New details emerged Wednesday about how a mole for the government of communist China managed to stay by Senator Dianne Feinstein’s side for nearly 20 years. 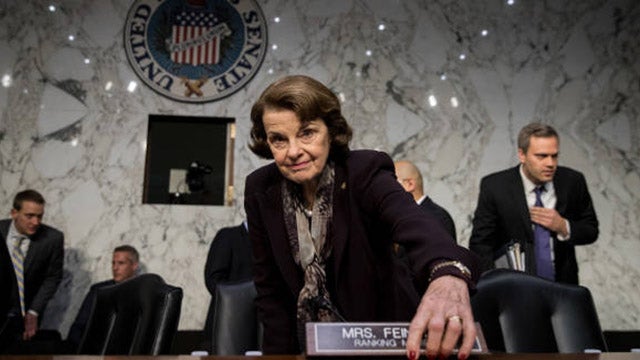 “It happened five years ago, but additional information is just surfacing about how the Bay Area senator’s office was infiltrated by a [ChiCom] spy.” Trump then made a big deal off it in his rally on Saturday at the Lewis Center in Ohio.  So DiFi now trying to get in on it tweeted, “The FBI told me 5 years ago it had concerns that China was seeking to recruit an administrative member of my Calif staff (despite no access to sensitive information). I took those concerns seriously…”

They told Dianne Feinstein that they feared a ChiCom spy was on her staff but they didn’t tell Trump about the Russians?

RUSH: Here’s President Trump Saturday night, Lewis Center, Ohio, where he tells the crowd about Dianne Feinstein having been infiltrated for 20 years by the ChiComs!

RUSH: So the Drive-Bys are out doing fact checks and trying to say that Trump doesn’t know what he’s talking about because Dianne Feinstein’s not leading the investigation, Mueller is, and Trump’s such an idiot he doesn’t know that. She’s on the Senate Intelligence Committee. She has been the chairman of that committee over the course of her tenure. She is the chief; she has run investigations. Everybody knew what Trump meant. But they’re trying to fact check this.

But the point is she was told — the FBI told her, she was supposedly mortified. This guy was her driver. He was a gopher in her office. He liaised, as they say, with the ChiCom consulate. And she was supposedly chair of the Senate intelligence at the time. The Senate Intelligence Committee may be one of the most corrupt committees in all of the United States Senate. I should — no, it’s not enough to say that. I need to back that up. So that will be a project for this week.

Anyway, the point of this is that she was the chairman of the committee at the time the ChiComs had a mole! And it says here in the San Francisco TV station story that Di-Fi was mortified when the FBI told her that she had been infiltrated. But again, the FBI told her. The FBI didn’t implant a mole. They didn’t call Cambridge or Oxford and ask for some spy like Stefan Halper if he would join her campaign or her staff to find out what the ChiComs might have done. No, no, no. They warned her, the FBI warned Di-Fi.

They didn’t warn Trump. They embedded spies in the Trump campaign to try to find out if the Russians were doing it. In the meantime, here’s Dianne Feinstein running around joining all the Democrats on the Senate intelligence community lampooning, lambasting Trump, ripping into Trump being a security risk. And everywhere you look it’s the Democratic Party that’s compromised or knowingly working with America’s enemies.

And now the Democrat Party represents an existential enemy to America with this new push for socialism and this massive assault on everything that’s made America great. The Democrat Party has come to be more closely aligned with America’s enemies than Donald Trump could ever hope to be. And all of it is being ignored. None of it’s being properly reported and put in context. Instead, the witch hunt to get Trump continues. I mean, this is stunning.

Now, one other thing about Feinstein. Here’s her tweet again: “The FBI told me five years ago it had concerns that China was seeking to recruit an administrative member of my California staff despite no access to sensitive information. I took those concerns seriously. I learned the facts, and I made sure the employee left my office immediately.”

What she doesn’t say here is this ChiCom spy was in her office, driving her around, working for her for 20 years. And the Drive-Bys help her slough this off. “Yeah, soon as I found out about it this guy was gone.” Yeah, after 20 years. Stop and think of this. I don’t care how low on the ladder the guy was. He was driving her around, she’s on the cell phone, who knows saying what to who. The guy’s able to monitor everything, and he’s sent on projects and missions for her over to the ChiCom consulate and so forth.

So Trump brings this up. Feinstein’s trying to retaliate a bit with that tweet. (imitating Feinstein) “Oh, no, no, no. Found out about this, mortified, and the staffer was immediately let go.” 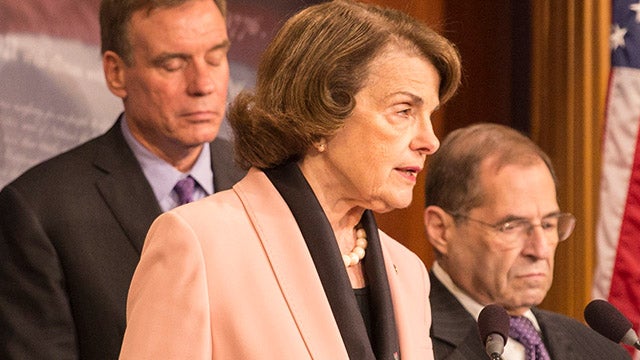 RUSH: Here’s Chuck in Oxnard, California.  Great to have you on the program, Chuck.  How are you doing?

CALLER:  As I was listening, the thought occurred to me: It took 20 years for them to ferret out the spy with Feinstein, and yet they were on Trump before he was even elected president.  How does that happen?

RUSH:  Well, because they put the spies in the Trump campaign! (laughing) They embedded the spies.  They weren’t any!  They put them there hoping… You know, all centered around Carter Page and the belief early on that the guy was a Russian contact of some kind, and they believed Steele! The FBI used to think that Christopher Steele was unassailable as a source.

So they embed spies in there to catch this stuff happening.  When there wasn’t any going on, they tried to make it happen with Papadopoulos and all the others.  Why it took ’em 20 years to uncover that the ChiComs had a mole in DiFi’s office? Pfft! You’ve got me.  That’s certainly… That’s a long, long, long time.  I still think, in addition to that — which is a good question — the real thing is when they found out about it, they told her.  They told her.  They warned her.  Not with Trump.