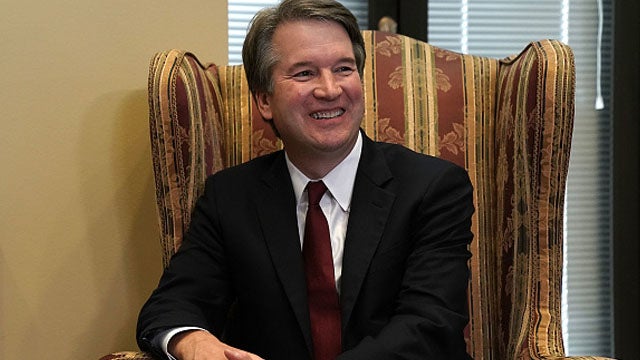 So the court would have become conservative by way of elections, which is an expression of the will of the people. So here comes this brainiac at AP telling us that duly elected presidents nominating justices they promised to elect in their campaigns is gonna somehow cause a backlash because everybody’s gonna hate the nominee and everybody’s gonna hate whoever the president appoints and gets confirmed. And so you Republicans, you better be thinking twice about this, because this Kavanaugh guy getting on the court could end up haunting you because a conservative court this country wants no part of. Maybe the liberal part of this country wants no part of it.

Once again, here’s this brainiac at AP assuming that left-wing liberalism is the dominant thinking in this country and that when conservatives win, it’s not legitimate. This is something the Russians stole the election or Trump cheated or whatever so everything that happens after it is also illegitimate. I mean, this just takes the cake.

Do you think when Obama was appointing Ruth “Buzzi” Ginsburg and — no. Clinton appointed her. Whenever Democrat presidents appoint left-wing judges, did we ever see a story warning them to be careful that a hard-left Supreme Court could end up haunting the Democrats by creating anti-Democrat sentiment throughout the country?

Actually — (laughing) — that may have some merit to it. I think when the people of this country get a full dose of liberalism, they do react. That’s why I was so hell-bent on trying to tell ’em who Obama really was. ‘Cause once they found out, once they found out, look at what the reaction to after eight years of Obama, look what the people of this country did. What was disturbing to me, it was not necessary to go through those eight years.

That’s how frustrating it is to be me. Knowing at the beginning what’s gonna happen, not being able to convince enough people — of course, I was up against insurmountable odds: first African-American president, people wanting to vote for him simply to show that the country isn’t racist, whatever else didn’t matter. That was the reason a lot of people voted for the guy, and it was hard to get them to listen to anything else. But those eight years were unnecessary. And it was demonstrated to be unnecessary because people, first chance they had when those eight years were over, pfft, they did not elect to continue it, did they? They voted for the Trumpster.