The President Is Right About the California Fires

RUSH: Donald Trump has picked a fight with California over these wildfires — by the way, by pointing out the truth. Two tweets: “Governor Jerry Brown must allow the Free Flow of the vast amounts of water coming from the North and foolishly being diverted into the Pacific Ocean. Can be used for fires, farming and everything else. Think of California with plenty of Water…” “California wildfires are being magnified & made so much worse by the bad environmental laws which aren’t allowing massive amount of readily available water to be properly utilized. It is being diverted into the Pacific Ocean. Must also tree clear to stop fire spreading!” 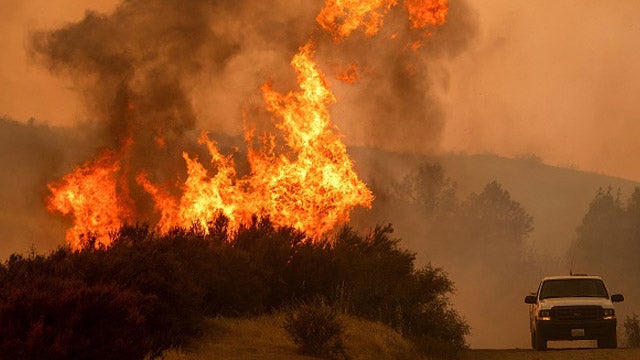 Do you know…? Trump’s right about this, by the way. They divert tremendous amount of water, even though the south half of the state is a desert. But more than that, the environmental wackos have seen to it you can’t clear-cut a forest. Their belief is that fires are natural, spread by lightning or Smokey the Bear, and when it starts you gotta let it burn. Except when it’s climate change! We gotta stop that…somehow. But they’re not allowed to clear-cut, meaning all that deadwood remains as kindling. The fire starts; there’s no way of stopping it.

RUSH: There are 129 million dead trees in California — 129 million! USDA numbers publicized today by Kim Strassel, Wall Street Journal: 129 million. That’s 129 million dead kindling trees. That should be cleared out of there. If you clear that stuff out, there’s less to burn. It helps you put the fire out. The environmentalist wackos say you can’t do it.