We Had a Blowout Weekend at the Store

RUSH: We had a blowout weekend at the new EIB Store, the Rush Limbaugh store at RushLimbaugh.com. And you know what? I’m starting to get even more feedback. People originally loved the caps — which made my day, because that was one of my personal selections. But you know what is getting rave reviews? The T-shirts. People expect a certain kind of material when they order a T-shirt. It’s cotton. A T-shirt’s a T-shirt. You buy it because of the graphics on it or whatever. 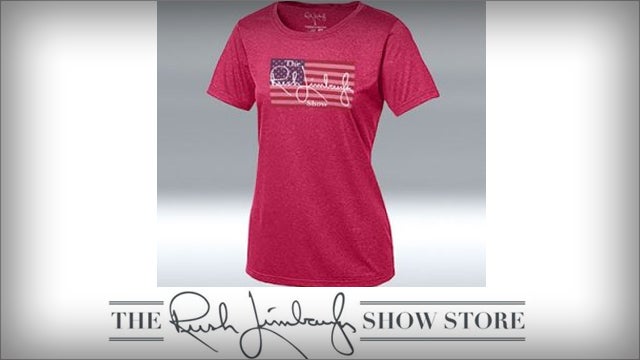 But our T-shirts have an entirely different kind of material and a great new feel — and we’re getting feedback out the wazoo on it, because they don’t feel like traditional T-shirts. I’m telling you, we’ve done everything we can to have the highest quality at popular price points. Anyway, we had a blowout over the three days of the weekend, and I needed to extend great thanks to everybody for that.