RUSH: I asked Mr. Snerdley earlier if he was shocked, like much of official Republicandom was, when Tim Pawlenty lost his campaign in the race for governor of Minnesota, and Snerdley, “Well, hell, no, I wasn’t shocked.” Well, I guarantee you that the Republican hierarchy was. This is yet another example of this massive divide. Tim Pawlenty loses in a primary by nine points, and the Republican establishment doesn’t understand why. 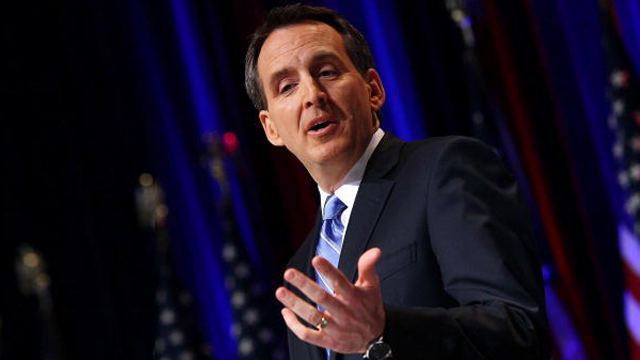 No, the thing that happened, Democrat turnout in Minnesota was twice what Republican was. Trump lost Minnesota by I think 45,000 votes, which is close in Minnesota. Minnesota’s got the Democrat Farmer-Labor Party there, which is their version of the Democrat Party. It’s very, very radical left. But the people, “Oh, wow. This blue wave, it’s really gonna happen, it’s really gonna happen, look at Minnesota, twice the turnout.” Well, probably reflective of the population too.

And of course now the Democrats are beside themselves ’cause a transgender won an election in Vermont. Uh, sorry. Can’t say transgender. You know that’s racist? I don’t know how. When you call a transgender a transgender it’s somehow a put-down. You’re not supposed to do it. (interruption) Well, I don’t know. I haven’t the slightest idea. I just call ’em people because when you strip it all away, that’s what they are.

Anyway, they’re thinking that signifies a blue wave as well. I know it’s Vermont. But the Democrat Party, the party of the abnormal, and they’re expecting a revolution of these people, and that’s where they’re blue wave is coming from.