RUSH: Nate Silver. Since I mentioned it, let’s go listen to it. We have three bites here. This is last night, FiveThirtyEight website, politics podcast, Galen Druke asking the editor-in-chief, Nate Silver, about his forecast for the 2018 midterms. The question: “What odds does your forecast show for control of the House in this election?”

SILVER: It gives Democrats a three-in-four chance of winning the House. It’s in the Hillary Clinton zone. It’s very similar actually. Part of the reason why we’re saying like three-in-four and one-in-four for Republicans. If you play out this universe four times they win once on average based on information we have now. The situation is bad but it’s not so bad as to be hopeless. Hopeless would be like one in 500. They have like an entirely reasonable shot that their voters turn out, and the political environment becomes a little more favorable for Republicans between now and November and Democrats just lose a lot of the toss-ups based local factors. It’s not far-fetched to think the Republicans hold the House. With that said, you would rather be in the Democrats’ position.

RUSH: Okay. So what good is the 75 percent chance the Democrats win if you then say it’s not far-fetched to think the Republicans could hold the House? How do those two go together? I’ll tell you, because they said the same thing about Hillary winning, and look what happened. They’re now not trusting their data. And the reason they’re not trusting their data is because they still don’t know the Trump voter. 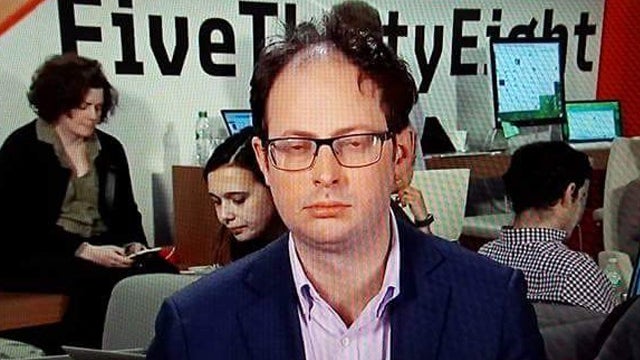 They still haven’t taken the time to figure out who you are. They haven’t taken the time to figure out what matters to you. They’re still judging you and finding you as incompetent boobs. But just like the Papadopoulos truth, who you are is there to be learned. But they don’t. So 75 percent chance, that becomes the headline, that’s the big story, but the guy responsible for it then whispers, “Yeah, but, you know, it’s not far-fetched to think the Republicans could hold the House.”

Now, for what it’s worth, Dick Morris thinks Republicans are gonna hold the House. I’ll go through what his theory is ’cause I saved it. I had it for yesterday but I didn’t get to it. I saved it. We’ll go through that at some point before the program ends today. So the questioner here with Nate Silver, Galen Druke, “So how should people look at this? I mean, 75 percent chance the Democrats take the House. We have two and a half months ’til the election. How should people be looking at it?”

SILVER: Again, I don’t know any other way to put it, but between the various ways in which the forecast could be off, one way it could be off is that things look different in November than it does now.

SILVER: Another way it could be off is if the polls are off in November.

SILVER: You know, even a couple of points of Republicans beating their polls could have been very similar to 2016, yield a narrow win for them.

Now, having said that, let me hedge my bets. Democrat turnout in some of these blue states is off the charts, folks. It’s undeniable. And I would not be doing my just job here with you if I were not to mention this. In Minnesota I took the Democrat Farm Labor state, big Democrat state, but the turnout there, I mean, it was I think the Democrats turned out twice as many people.

The idea that they’re ticked off, they’re motivated and so forth, that happened to look like the case in Minnesota. Those are primary elections and so forth. They’re not cross-party elections. It’s different turnout nevertheless. But still these guys are hedging their bets. They are not, they are not what we call cocksure that the Democrats are gonna take the House. When they have to put name and reputation on the line, notice all the hedging here.

Now, Kevin Bacon, the actor, is married to the actress Kyra Sedgwick. Kyra Sedgwick big claim to fame was a show I think on TNT called The Closer, which when she retired from it then became Major Crimes. And Kevin Bacon is a well-known actor and has a band and so forth and they are big Upper West Side leftists which, you know, it always disappoints me to find that out about people whose work I like. I can’t help it. It just does.

I mean, Kyra Sedgwick and The Closer was brilliant. Just fabulous. I mean, I’ve never heard anybody be able to maintain a perfect Georgian Southern accent for eight seasons. And she’s not from anywhere near Georgia. I mean, just flawless. So when you learn these people are wacko leftists it just disappoints you. Anyway, they’re all concerned. And while Nate Silver is out there saying a 75 percent chance and the media saying big blue wave coming, it’s in the bag, Kevin Bacon and Kyra Sedgwick have released a video begging liberals in blue states to go volunteer in places where midterm seats are at stake.

SEDGWICK: If you’re like me, you’re wondering what you can do to actually have an impact on the most important midterms of our lives. Even if you live in a progressive stronghold, there are races all over the country, near you, where volunteering can make all the difference in flipping a key seat.

BACON: It’s never been more important to get involved. We’re working to save our democracy. So do what you can. If we all take just one day, a few hours to volunteer, we’ll be one step closer to a government that will hold this administration to account.

RUSH: Working to save our democracy. These people don’t want to save democracy. That’s the great irony. That’s not what they want to save! They don’t want to save a constitutional republic. They’re trying to tear it down! What the hell else is it when Andrea Cuomo, “America’s never been great.” Where does that really come from? And his father their Mario “The Pious” with the same statements as we played yesterday in 1984, Democrat convention, San Francisco. Where does that come from?

Where does a belief that America sucks come from? Well, it comes from a lot of places, but I’ll tell you one of the places is multiculturalism. And I knew this, I knew it when it began to happen back in the 1970s. I just knew it. Because multiculturalism had a requirement.

Multiculturalism was that anything other than American was being given short shrift, was being kicked around, was being discriminated against by a majority Americans. And it was not right, it’s not fair. It’s one of the reasons why America is such a mean and nasty place. And multiculturalism as a curriculum in education and as a leftist philosophical talking point and objective was rooted in the fact that America is unjust.

And so many young people have been educated in the multicultural curriculum, and it continues from kindergarten on through high school up into college. It’s a big part of the leftist, socialist agenda that is being taught or propagandized. And that’s where it comes from. So they’re not trying to save our democracy. They’re trying to uproot it! They don’t even know what they’re talking about.

Speaking of all of this, Alexandria Ocasio-Cortez banned the media from her latest town hall event. Wait. Wait. What? The media’s running around saying that Trump is standing in the way of media freedom, press freedom, Trump’s doing this, Trump’s doing that. Trump’s doing more for the media than any president ever has in terms of access, promotion, and attention. 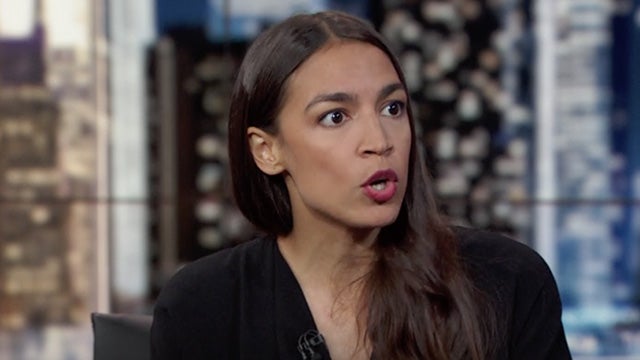 “Democratic New York congressional candidate Alexandria Ocasio-Cortez decided to ban the media from her latest town hall event with constituents. Ocasio-Cortez has been conducting a ‘listening tour’ throughout the 14th district to talk with local residents about immigration, healthcare, and various other issues,” including Lena Dunham’s hysterectomy.

“However, according to the Queens Chronicle, Ocasio-Cortez’s campaign refused to allow any TV or newspaper reporters into her last event in Corona, Queens. Campaign spokesman Corbin Trent said the ban was the campaign’s response to an incident last week where Ocasio-Cortez met with healthcare activist Ady Barkan, and the two of them were “mobbed” by journalists despite it being a non-Q&A event.”

So the media can’t be trusted. An avowed socialist shuts the media out, and she remains a media darling even by the people she has shunned and told to pack it up and take a hike. The irony continues.