RUSH: How many of you have gone out and tried to buy health insurance lately? Have you been surprised by any of it? Well, I’m asking you out there because there is stunning news — beta 9 just dropped if you want to go — you’ve got it, okay. There’s a story here Investor’s Business Daily. Well, Investors. It used to be Investor’s Business Daily, but they have modernized. 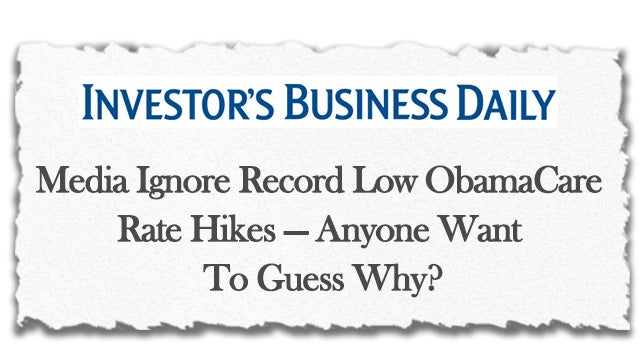 “Media Ignore Record Low Increase In Obamacare Premiums.” Anybody want to guess why? I wonder if any of you who have tried to buy health insurance lately have been shocked at how — it’s not inexpensive, but how small the increases from previous years are. “Democrats promised to make President Trump’s efforts to ‘sabotage’ ObamaCare a big election issue this year.”

“A few months ago, the Washington Post reported that Democrats were ‘centering their campaign to retake Congress … on a staunch defense of the Affordable Care Act.’ Senate Minority Leader Chuck Schumer declared that ‘We Democrats are going to be relentless in making sure the American people exactly understand who is to blame’ for-sky high rate hikes. News outlets ran story after doomsday story about how efforts to undermine ObamaCare by Republicans and the Trump administration would cause a huge spike in premiums.” 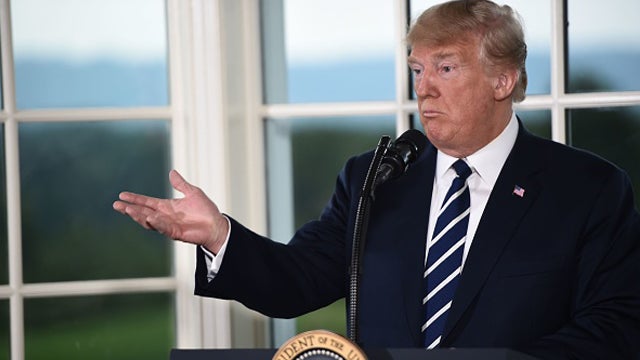 The increase, if you go buy health insurance now, if you’ve been buying it now or for the rest of the year, the 2019 health insurance rate increase will be 1% or less. It’s what’s called bending the cost curve down. It’s what happens when adults are put in charge of things. This is what happens when a central key element of Obamacare was repealed. Making you buy it, there’s no reason to cut costs if you have to buy it. Why would anybody cut costs? With the mandate gone, there’s competition. It’s stunning. Health insurance increase. They’re sky-high, don’t misunderstand. But the rate increase next year is only gonna be 1% because of action the Trump administration has taken on Obama.