Why Does Hillary Still Have Security Clearance?

RUSH: Mitchell in San Antonio. It’s great to have you with us, Mitchell. Hi. 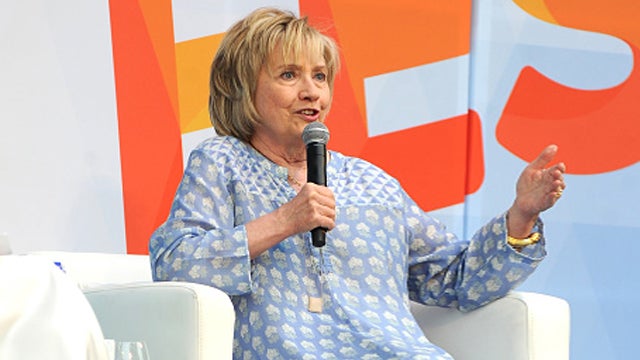 RUSH: Thank you very much. I’m glad to have you here.

CALLER: My comment today is I wonder if Hillary still has her security clearance after everything with the server.

RUSH: Oh, hell, yes. Are you…? What! Of course she does. She’s a former “sexretary” of state, former first lady. Oh, yeah, there’s been no question she’s still got her clearance.

CALLER: It’d be interesting to watch the reaction in the press if he decided to yank it.

RUSH: That would be fun. I have to admit. They’re already having a conniption over Trump threatening to pull the security clearance of Bruce Ohr. Again, you may have missed the first hour, although I doubt it. We have stats, and most people are here for all three hours, and when those are over, they’re not ready for it to end and want even more; so they go back to our podcasts. But if you missed the first hour, these security clearances, folks, if you look…

The Washington establishment, which we often refer to as a club — and it is. It’s a very exclusive club. It’s made up of members of both parties. Lobbyists, elected officials, people behind the scenes you don’t know, intelligence community people. A security clearance… You know, every club has tiers. You got your top tier (the president and the vice president and real powerful), and then you’ve got the second tier, third tier, and the lower tiers. People with a security clearance are in the top tier. They are coveted.

So these security clearances are not badges of honor, because you do kind of earn them, but they are expensive. The backgrounds check can cost $20,000 to get somebody cleared and approved for one. And they are worth a lot of money, which is why Brennan is talking about suing, because losing a security clearance is the same as taking away money. That’s the basis on which he would sue, by the way. Trump hopes he sues. Discovery, opening up all kinds of stuff that Brennan doesn’t want opened up. But that’s why these security clearances are so, so coveted.

RUSH: You talk about Hillary Clinton’s security clearance. Senator Grassley was stunned, he was shocked to learn that Hillary still had her clearances. You know, it really isn’t common knowledge — he’s on the Senate Intelligence Committee — and he didn’t know. He thought that she would lose her after the presidential campaign was over. She’s got nothing to do with government anymore, literally nothing to do with it, and neither does Brennan, for that matter. Why does Brennan need his?

But, you know, these people don’t lose them. That’s the thing. When they leave government, they hold on to the clearance. Now, there are various levels of clearance too. Some people’s clearance doesn’t go all the way up to “eyes only,” Top Secret. I don’t even know what the top designations are. But not everybody has the same level of clearance, but if you have one of those things, that’s how you set yourself apart in the swamp. Look, folks, every club discriminates against its lower members. I don’t care which.

And not everybody in the club loves and likes each other. They got their rivalries, and they got their competitiveness. The thing that unites the swamp here is Trump and their hatred for Trump and everything associated with Trump and what it means for them. It’s like the Democrat Party is really a ragtag bunch of different coalitions, and what keeps them — or what’s always kept them — unified is hatred for us and a total devotion to Big Government. But, I mean, some of those people have no love lost for each other. But they sign up and they join hands when they think their enemy threatens them.

In Trump’s case, they haven’t faced an enemy like him. I’m being honest. You know, truth is truth. As far as most of these people swamp are concerned, the biggest people they ever faced is Donald Trump. Donald Trump has threatened them and the lifestyle and career and futures they’ve built. Donald Trump threatens them more than the most evil foreign leader you can imagine. They are more afraid of Donald Trump and they have greater palpitations at what Trump means for them than they did after 9/11. Do not doubt me on this.

I’ve had people write me emails, “You know, Rush, you talk about this so confidently. How is it that you know?” (chuckles) Well, folks, I just do. I’ve encountered these people for 30 years. I mean, for the first six months of this program, they were interested in me. After that? Ah, ah. I’ve encountered them. I’ve been affected by them. I know exactly not who all of them are, but, I mean, I know they’re in there. I know the swamp, the clubs, the clubbers and the members there and how they operate and how they think.

It really isn’t that hard to know what they think, how they think, and what’s important to them. And I’m telling you, membership in that club, membership in the establishment… In their minds, they run the world. They are the world order, and they’re not America first. I’m not saying they’re anti-America; it’s just on their priorities scale, they are first. And America is a chess piece, one of many that they think they control — and it has to be in the right space, the right place. What are the Clintons trying to corner the market in uranium, for example?

Why? The Clintons actively engaged in a deal that ends up sending a significant supply of uranium to our enemy, Vladimir Putin, and we’re looking at Donald Trump? The Clintons have done more to strengthen America’s enemies with Hillary in Iran and Bill and Hillary with this Uranium One deal and whatever Hillary’s done with Christopher Steele and this whole dossier thing and her sabotage of the Trump campaign.

But what in the world are they doing being part of a deal that sends so…? Uranium is key ingredient for nuclear weapons and a number of other things. Well, they personally profited from it! So their personal profit matters more than what you and I think is American national security, and they’re getting away with it. There isn’t anybody gonna prosecute ’em for it even though everybody knows what happened. I say “everybody,” meaning us.